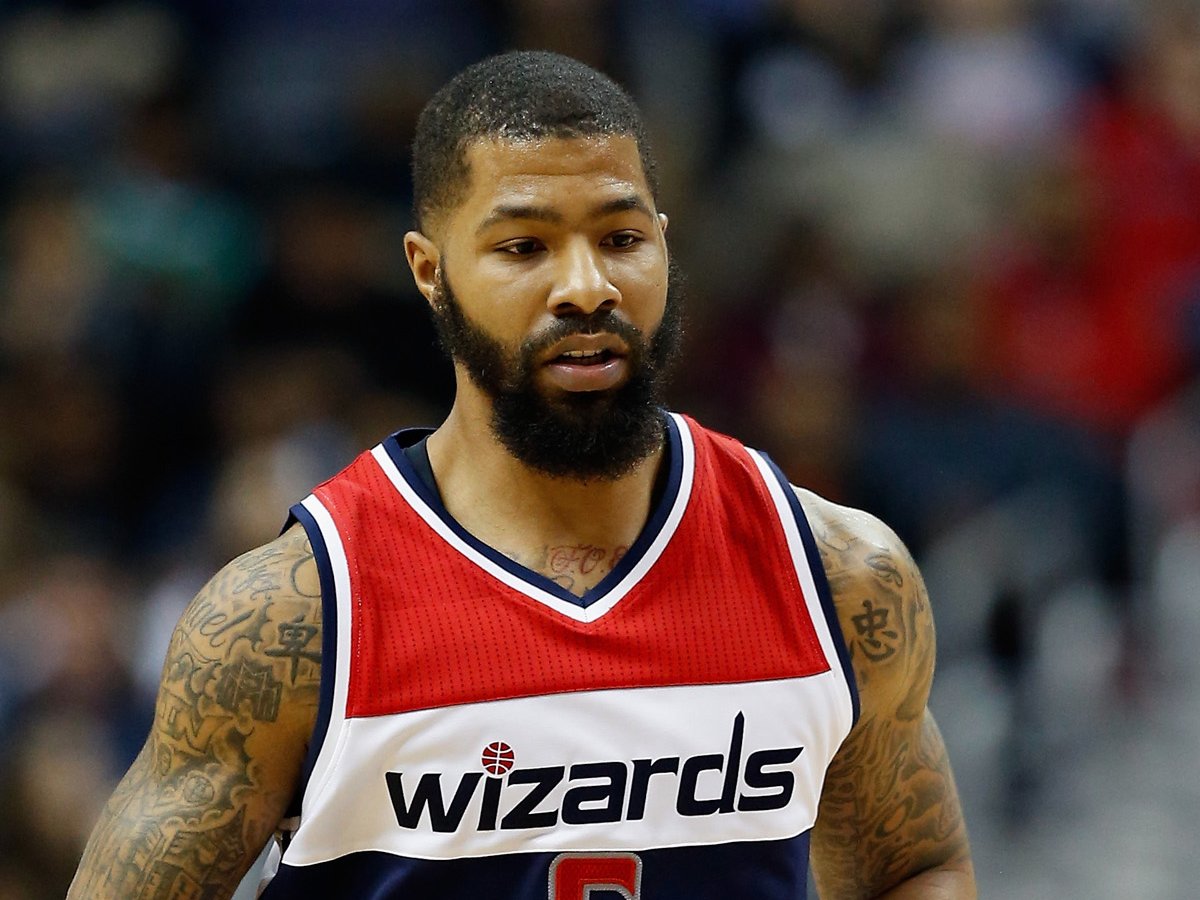 NFL MOCK DRAFT: Here’s what the experts are predicting for all 31 first-round picks

The Washington Wizards and Phoenix Suns made what might have been the biggest trade at the trade deadline last Thursday by sending Markieff Morris to the Wizards.

In exchange, the Wizards sent Kris Humphries, DeJuan Blair, and surprisingly, a 2016 first-round pick to the Suns.

The pick is top-nine protected, but nonetheless, the inclusion of it may have been a foolish move by Washington.

Suns GM Ryan McDonough went on ArizonaSports radio on Friday to discuss the trade and gave some eye-opening details into the trade.

When asked how long the Suns had been trying to trade Morris — who became a malcontent after Phoenix traded his twin brother, Marcus, over the summer — McDonough said, “About eight months. It was obviously something we were glad to do.”

McDonough also said the Suns were excited to get a potentially high lottery pick for Morris, because they’re hard to come by.

“Any time a player has issues off the court combined with poor play, whatever the factors may be, injuries, it can make it a challenge [to trade that player],” McDonough said. When asked if the Suns could have made a deal that netted them players and a pick in the months prior, McDonough said, “No. If we could have, we would have done it then.”

McDonough’s comments reveal how startling it was for Washington to give them a top-nine-protected first-round pick. Morris not only had a bad reputation around the league, as he loafed through the first half of the season with a poor attitude, he is also facing aggravated assault for an off-court incident that occurred last January.

That other teams wouldn’t give up players and a pick for Markieff shows Washington likely overpaid, even if Morris had played well leading up to the deadline and is on a long-term, team-friendly contract.

First-round picks are some of the most valuable assets in today’s NBA. With a rising salary cap that will give most teams cap space, draft picks give teams the opportunity to score young, talented players on long-term contracts.

Furthermore, the Wizards are currently in 10th place in the East, nearly four games out of a playoff spot. If they were to miss the playoffs, but remain in 10th place, there’s a high chance that the pick they traded the Suns will transfer, meaning it will fall out of the top nine in the draft. That’s still a lottery pick, where good players are available.

It’s possible the Wizards believe that Morris, under contract until 2019, is better than any player they could select in this year’s draft. Furthermore, if the acquisition of Morris helps propel them to the playoffs, the trade may be worth it.

But it’s nonetheless a gamble. For a team currently out of the playoffs, giving up a pick that’s only lightly protected, for a player other teams didn’t want, seems like the Wizards outbid themselves.