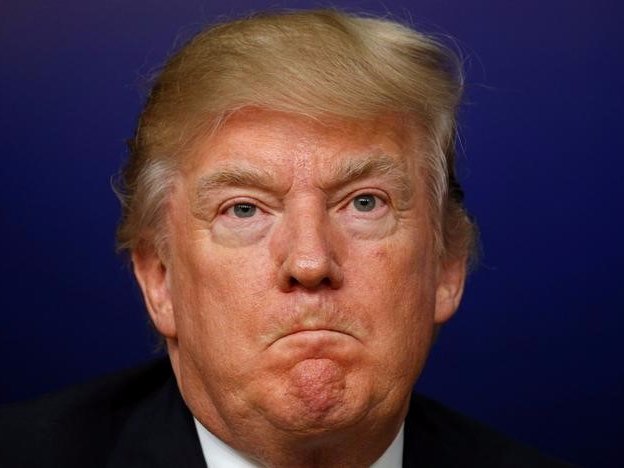 Chinese President Xi Jinping will meet with US President Donald Trump in Florida on Thursday. It is arguably the most highly anticipated meeting in global economics.

The two men, as leaders of the first and second largest economies in the world, literally have the fate of the entire global economy in their hands.

And they couldn’t be any more different.

From his first moments on the campaign trail, Trump has bellicosely accused China of being a currency manipulator (not true) and said that trade between the US and China has been unfairly tilted in China’s favor.

Then, before his inauguration Trump made a massive misstep of speaking with the President of Taiwan, tacitly recognizing it as a sovereign nation and violating the one-China policy the US has held since the 1970s.

Xi Jinping, on the other hand, is a man of few words or expressions. While Chinese state media has not held back its dislike of Trump’s China bullying, Xi himself has said little of Trump’s administration. After Trump called Taiwan, China’s foreign ministry spokesman, Lu Kang did grant a rare, long interview with NBC in which he said in no uncertain terms that the one-China policy was not to be messed with.

“Because this issue touches upon China’s core interest by no means is this something that could be negotiated or used as a bargaining chip,” Lu said. “One China policy 100%.”

With Trump, though, very little is predictable. Consider his tenor toward Angela Merkel, the leader of one of the US’s most important allies and a key trading partner. After basically accusing her of hiding behind the European Union to exploit trade agreements with the U.S., he then reportedly handed her a bill for NATO expenses. The White House has denied that last part, but the rest all happened in front of cameras.

The White House on Tuesday released the transcript of a background briefing with a senior White House official, and based on that it looks like Trump has totally backed off of the one-China policy, and won’t discuss the South China Sea, where China has been building up military bases on man-made islands. This has angered US allies in the region.

Without those issues, this thing should go much more smoothly. In fact, if Trump sticks to the script, it’ll be boring.

According to the briefing, this meeting is supposed to be about setting up a framework for discussions in the future, especially discussions about trade.

Some experts are arguing that rifts in Trump’s administration — between free market globalists like chief economic adviser Gary Cohn, and America First advocates like virulently anti-China trade head Peter Navarro — mean that the administration is not prepared for this.

In that case, this could be a small victory for China. They’re coming in super prepared.

That said, as we’ve learned with Trump, things are rarely boring. And when does he stick to scripts? Things could get bad if talks break down on economic issues. Navarro, who Cohn has dismissed as a neophyte but Trump genuinely seems to like, has insisted on labeling China a “currency manipulator.”

That’s not just name calling. There are real criteria for that designated by the Treasury Department, and the senior official at the White House briefing said that the designation would remain up to the Treasury.

“I’m going to leave any discussion of currency manipulation to the Department of Treasury, which is the place for it,” said the senior official.

But Trump has never really respected that. Neither has Navarro. And there is pressure for the President to look strong and score a political victory with his base by calling Xi out on this issue, or on alleged trade imbalances, even though Trump said trade would be left to another meeting.

On Wednesday, 10 Democratic Senators also signed a letter urging Trump to call Xi out on that.

“Since joining the World Trade Organization in 2001,Chinahas consistently failed to comply with its international trade obligations,” it said. “And workers across the U.S., including workers in our home states, have paid the price. You pledged to support American workers and go after trade cheaters, and we hope you take this opportunity with your first one-on-one meeting withChinesePresident Xi to keep this promise to American workers and strongly affirm these priorities.”

Basically, this sounds like Trump on the campaign trail, and the America First faction of the White House knows that.

A rift between the two leaders on this would be bad, but it would be more of the same kind of thing that’s gone on between the US and China for decades. China takes the long view on stuff like this, and it moves cautiously. That said, according to reports, Chinese officials have already started thinking about how to retaliate against the US in the event of a trade spat.

And they’ve got a lot to work with. These are all the things China imports from the US. The unnamed senior official in the White House briefing said that Trump and Xi would not discuss the South China Sea or one-China. On the former, it seems like the two nations are on the same page.

But Xi may not be totally on the same page there when it comes to one-China. This is a political year in China, and Xi, who has been consolidating power, wants to look strong.

Q President Xi reportedly wants to hear President Trump officially recognize Taiwan as a province of China. What will his message be on that and on the South China Sea?

SENIOR ADMINISTRATION OFFICIAL: Well, the President has reaffirmed our adherence to the one-China policy — that is our one-China policy that’s based on the three joint communiques with China, as well as the Taiwan Relations Act. That is longstanding policy of the United States; that is a policy that the President has reaffirmed. So I don’t anticipate some kind of surprising deviation from that.

In other words, the White House thinks it has done enough. Xi, however, may not be satisfied.