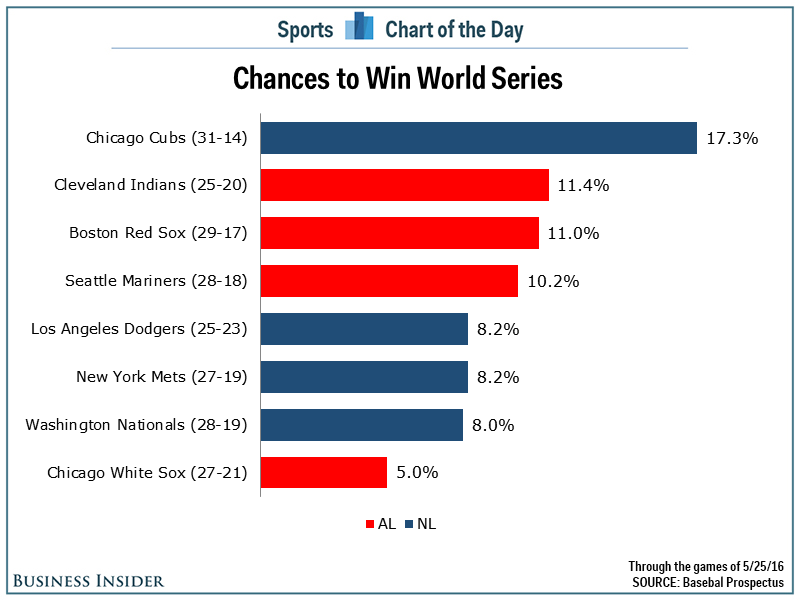 We still have more than two-thirds of the MLB season left to play and yet the number of teams that still have a legit shot to win the World Series has already been narrowed to eight.

The Chicago Cubs remain the heavy favorite, with a 17.3% chance to win it all, according to the “Playoff Odds Report” from Baseball Prospectus. The American League is still a little more wide open as three teams, the Indians, Red Sox, and Mariners, all have a 10.2-11.4% chance to be crowned champions this season.