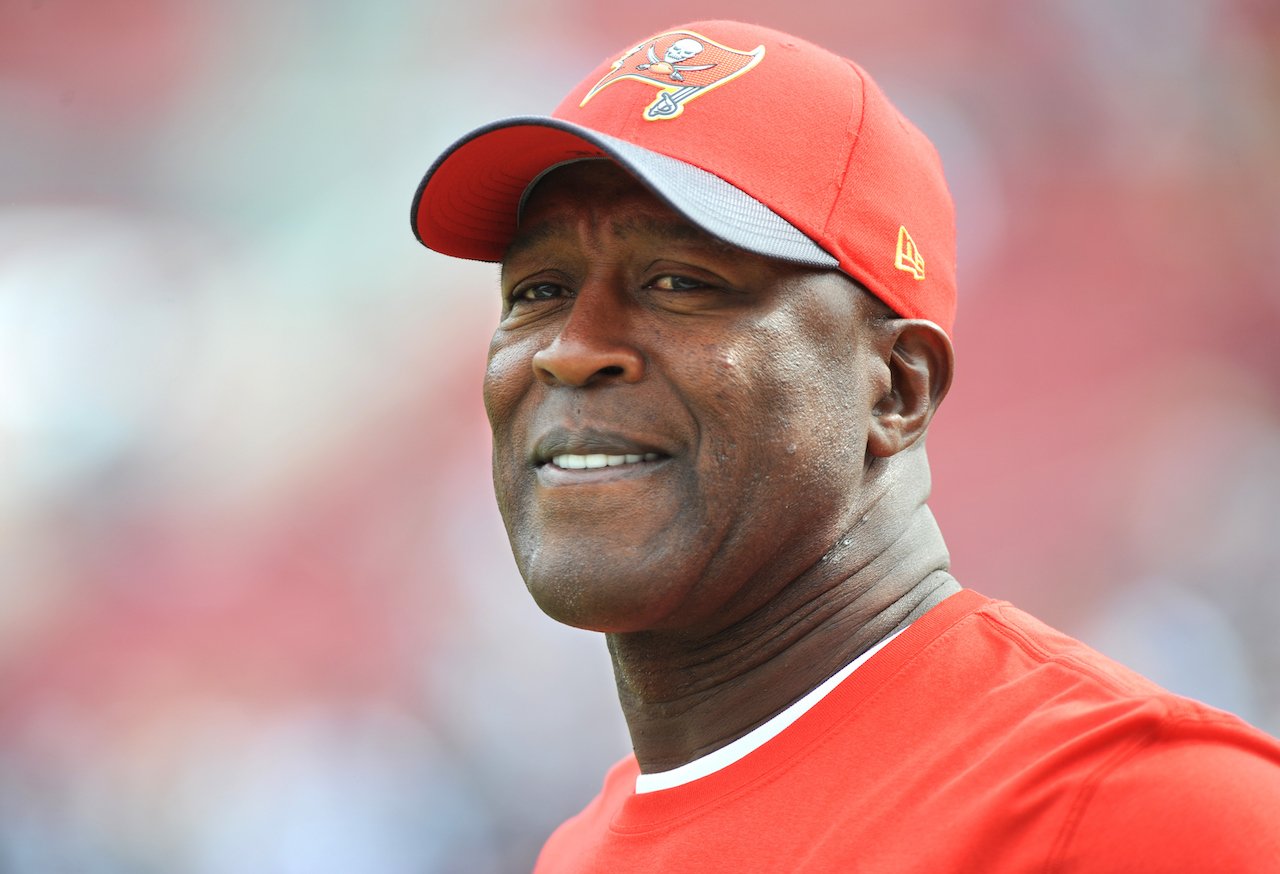 In a surprise move, the Tampa Bay Buccaneers announced late Wednesday that they had fired head coach Lovie Smith after just two seasons.

Cochairman Joel Glazer wrote in a statement that he wished the Buccaneers had been more successful during Smith’s two-year tenure, which saw the team go 2-14 and 6-10, respectively. This season, their first after drafting Jameis Winston with the No. 1 pick, the Bucs lost their final four games and particularly struggled on defense — Smith’s noted strong suit as a coach.

These are reasons enough to dismiss a head coach, but a new, quite juicy theory has also started to gain traction.

In the wake of Smith’s firing, numerous NFL insiders have reported that the Bucs are likely to promote Dirk Koetter, their offensive coordinator, to head coach.

But prior to Smith’s dismissal, several other teams with head-coaching vacancies (most notably Miami) had expressed interest in Koetter. Thus, the new theory is that in order to keep Koetter, the Bucs had to fire Smith.

Koetter is in play as a candidate for the Dolphins HC job. As their interest peaked, Glazers and Licht felt they had to move quickly.

#Bucs will go through the “process,” of searching for a HC. But this sounds like a coronation for OC Dirk Koetter to become HC

A hint Dirk Koetter is favorite to become Bucs next HC: 49ers requested permission to interview him Tuesday, still haven’t gotten an answer.

If Smith were still the head coach in Tampa Bay, there would have been be no way for the front office to prevent Koetter from taking the Miami job. Even the most loyal offensive and defensive coordinators wouldn’t pass up a head-coaching opportunity.

But now that Smith is out of the picture and Tampa Bay has its own head-coaching vacancy, the organization can freeze out any teams that are possibly interested in Koetter by keeping him in house while they consider him for head coach.

This is all the result of archaic NFL rules on the hiring of new coaches from other teams, which Pro Football Talk’s Mike Florio broke down in detail last week.

Former Bucs GM Mark Dominik said on Twitter that he expects the Bucs to promote Koetter to head coach:

With Lovie Smith fired I would expect Dirk Koetter to be named head coach within the week. They still will interview a few other candidates.

So the Bucs made Smith their sacrificial lamb — fired so that another team couldn’t steal Koetter.

Do you buy it?