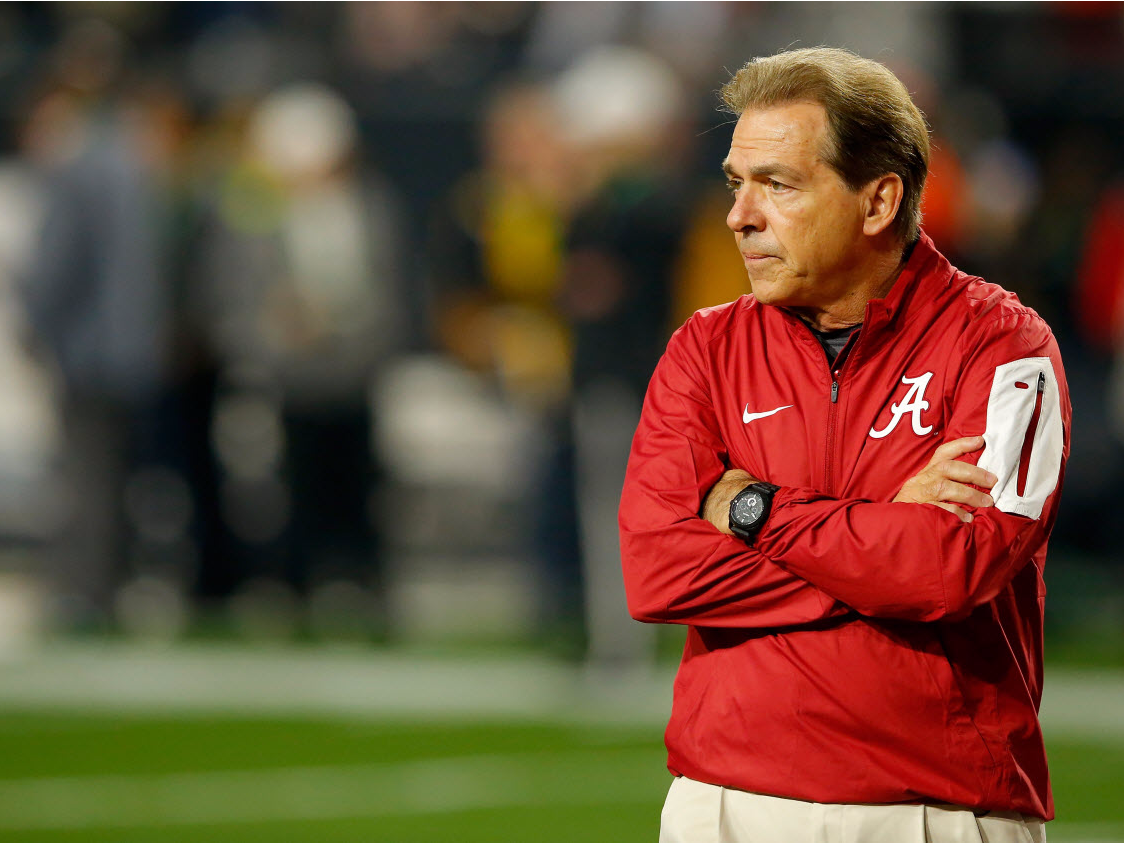 Kevin C. Cox/Getty ImagesNick Saban’s future is once again up in the air.

With Alabama’s win over Clemson in the College Football Playoff championship game Monday night, coach Nick Saban has won four championships in seven years and five overall. This has already led to speculation that he will return to the one place he didn’t succeed, the NFL.

After winning a championship with LSU, Saban left to coach the Miami Dolphins for two seasons. After going 9-7 in Saban’s first season, the Dolphins fell to 6-10 in Year 2, and Saban quickly jumped back to the college ranks to join Alabama. Previously, Saban spent several years serving as a defensive coordinator under Bill Belichick with the Cleveland Browns.

Will Saban now return to the NFL? NFL teams have attempted to lure Saban before and failed. Now there is speculation they will try again, and two teams keep getting mentioned ahead of the others: the Tampa Bay Buccaneers and the New York Giants.

The Giants are without a head coach after Tom Coughlin resigned last week. The team also has a history with Saban, having tried to hire him to be their coach in 1997 when he was still the head coach at Michigan State. Those negotiations broke down when Saban demanded control over personnel and the coaching staff.

Former UCLA coach Rick Neuheisel was a guest on “The Dan Patrick Show” and said he wouldn’t be surprised if Saban ended up with the Giants as early as this week. Despite the previous connection to the Giants, the team that some feel makes even more sense is the Bucs.

Like the Giants, the Bucs have previously shown interest in hiring Saban, with their overtures coming in 2012, according to Ian Rapoport of the NFL Network. And like the Giants, the Bucs are still without a coach despite speculation that they fired Lovie Smith after two seasons with the intention of promoting offensive coordinator Dirk Koetter.

Mike Florio of Pro Football Talk was also a guest on “The Dan Patrick Show” and discussed the possibility of the Bucs’ going after Saban.

Florio called the Bucs job the one that made “the most sense.” He added:

If this suspicion is accurate that they are just going to promote Dirk Koetter into the job, why don’t they do it? I think they are waiting to see if Nick calls today. You have a lot more leverage in those negotiations if Nick Saban is the one who calls you up and says, ‘You’ve got Jameis Winston. I tried to get him to Alabama and he went to Florida State. He’s a pretty good quarterback. I understand now that the only way I am going to win in the NFL is if I have a pretty good quarterback.’ It wouldn’t shock me if he rolls out of bed today or tomorrow and isn’t at least intrigued by the possibility, because he is only going to come back to the NFL if he has a great quarterback, and there is a chance Jameis Winston is a great quarterback.

Florio is alluding to Saban’s comments that he would still be coaching the Dolphins if they had signed Drew Brees in 2006, suggesting that he would return to the NFL only if he had a quarterback he had confidence in.

Of course, the Giants have a pretty good quarterback of their own in Eli Manning. Either way, the next week could be very interesting for the future of Saban, the Alabama football team, and one potentially very happy NFL team.