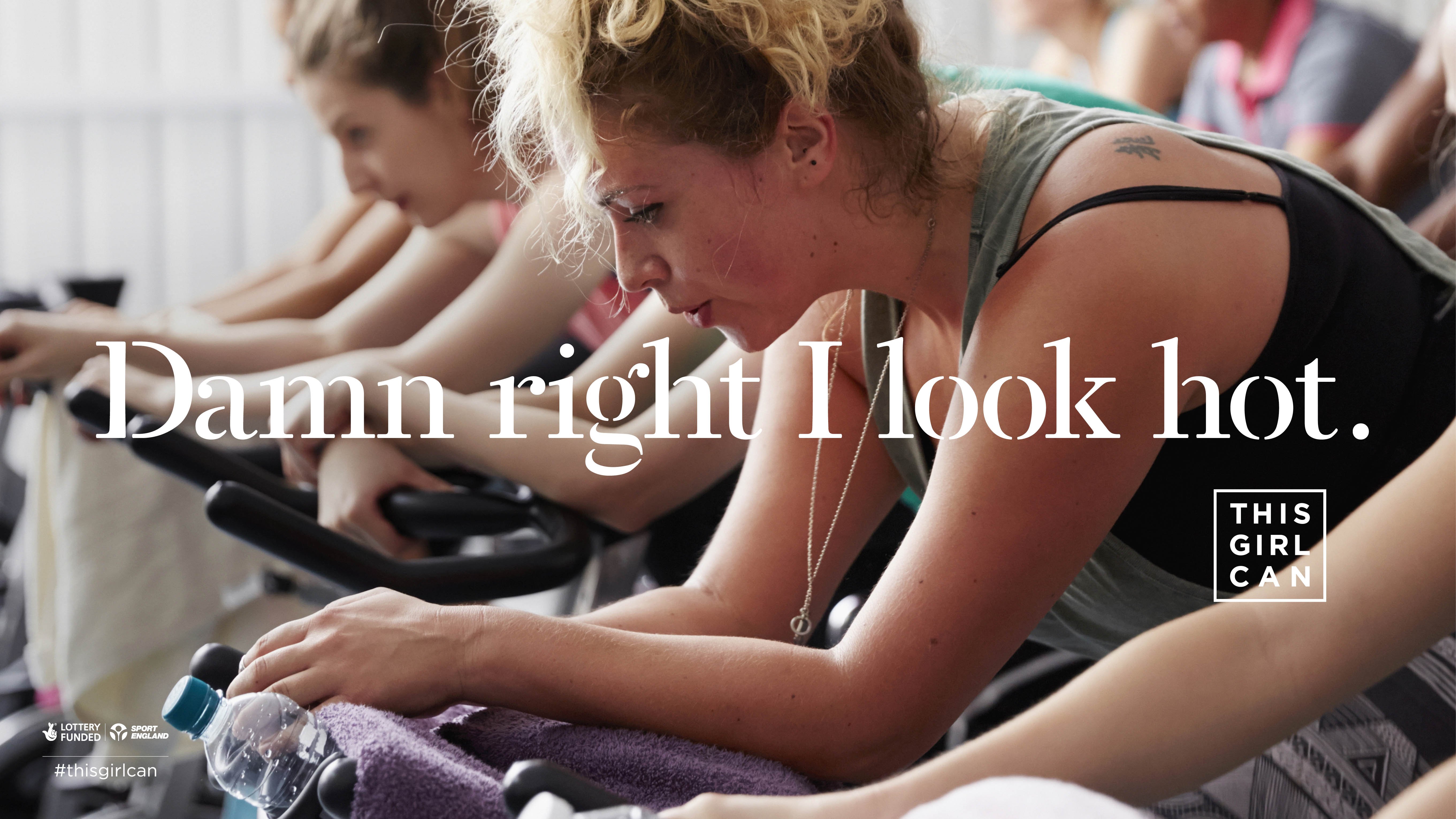 Sport England, the UK government’s non-departmental public sports council, claims the “This Girl Can” ad campaign it launched one year ago has inspired almost 3 million women to do more exercise.

The well-received TV ad showed women of all shapes, sizes, and abilities sweatily working out and playing sport — set to the soundtrack of Missy Elliott’s “Get Ur Freak On.” The edgy-but-empowering spot, created by ad agency FCB Inferno, was inspired by research that suggested women were far less likely than men to take up sport.

The TV ad formed part of a multi-million pound campaign that also included billboards, online ads, press ads, and a dedicated website with information on how to participate in sport.

As we first saw reported on Marketing Week, Sport England says 2.8 million women between 14- and 40-years-old “say they have done some or more activity as a result of our campaign.” Those results were weighted to the population from a survey conducted by research firm TNS BRMB of 1,000 women who were asked about the physical activity they did, their attitudes to exercise, and their awareness of the campaign. The latest findings come a month after Sport England released the results of its own survey, which found that the number of women in the region over 16-years-old playing sport and keeping active once a week, every week, was up by 148,700 on the previous year, as Marketing Magazine reported.

Jennie Price, Sport England’s chief executive, said in a statement she was “very encouraged” by the newly-released figures but she added that there is still work to do to improve gender parity when it comes to exercise: “The job is far from done. With a gender gap of 1.73 million fewer women playing sport compared to men, we need to keep getting the message out there that women come in all shapes and sizes and levels of ability, and they should all feel able to exercise and play sport.”

The “This Girl Can” campaign videos been viewed on YouTube more than 37 million times, capturing attention beyond England and the UK. Sport England said the campaign has “sparked conversations in more than 110 countries worldwide,” although it didn’t reference the source of this stat.

NOW WATCH: This is how you’re compromising your identity on Facebook