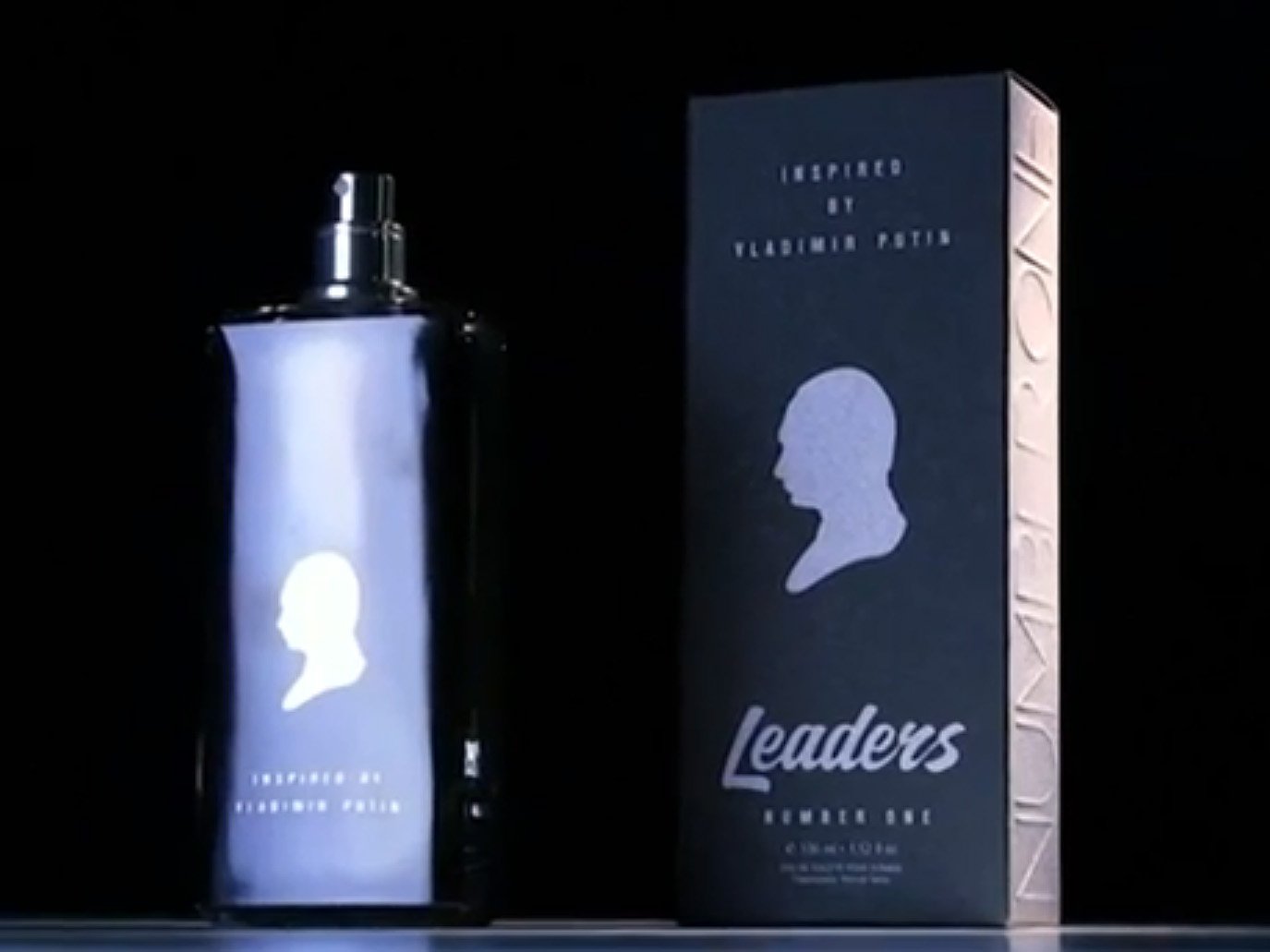 ReutersThe perfumer says the scent is “attractive, matter-of-fact, and natural.”

A new fragrance for sale in a luxury Moscow department store is “inspired by” the Russian president, according to a report by Reuters. Called “Leaders Number One,” the cologne was formulated by perfumer Vladislav Rekunov, who said Putin’s strength inspired him to make the fragrance.

It smells like lemon, black currant, and fir cones and comes in a “sleek glass bottle,” according to the report.

It costs 6,500 rubles ($95) for a 3.3-ounce bottle — quite expensive when designer perfumes and colognes in America can be had for far cheaper.

The bottle also has a picture of Putin’s bust in profile, similar in shape to the bust of a US President on American currency.

Putin, as far as we know, is the only world leader to inspire a fragrance, though he joins legions of celebrities like David Beckham, Kim Kardashian, and Prince who also have their own scents.

Rekunov says the scent is “attractive, matter-of-fact, and natural,” adding that thinks the smell is “uniting.” Reviewers interviewed by Reuters disagree, however, comparing the fragrance to “cheap perfume.”

NOW WATCH: Russians can now buy a perfume to smell like Vladimir Putin