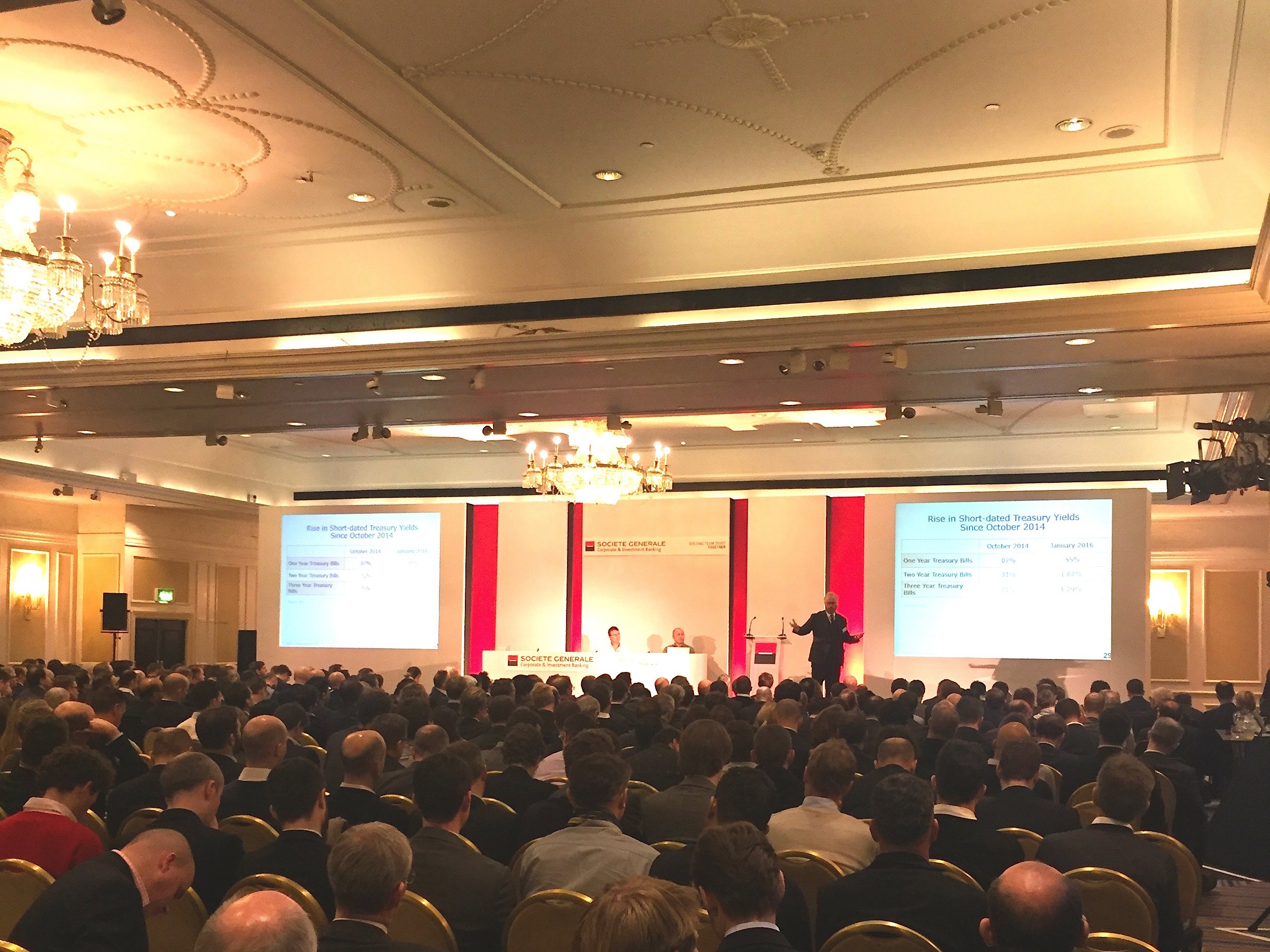 On a cold Tuesday afternoon on January 12, about 950 financial professionals gathered in a hotel basement to hear terrifying theories on how the next financial collapse would come about.

It was hosted by Albert Edwards, an economist at Societe Generale who is the voice of market bears, or people who think imbalances in the financial system will lead to a collapse.

In a little over 100 slides, Edwards and speakers Russell Napier and Andrew Lapthorne took apart the global economy and monetary system.

One big theme formed the backbone of the presentations: Global growth is no longer enough to service global debt. Creditors will have to take losses. Translated, this means the banks that lent the most money with the least amount of reserves may go bust.

Worst hit are the emerging-market economies, many of which are dependent on China to stoke demand for the commodities they produce. This plan worked well for many years after the 2008 financial crash, and emerging markets loaded up on debt.

But as the world shifts from buying more goods to buying more services, China is shifting its economy away from manufacturing and industry. Commodities prices have plunged as a result, along with the currencies of the countries that invested in them.

It’s not just emerging markets that are in trouble. US companies have also loaded up on debt after central banks around the world lowered interest rates to record lows.

How will it play out? In the words of Albert Edwards, “It will turn very ugly indeed.”