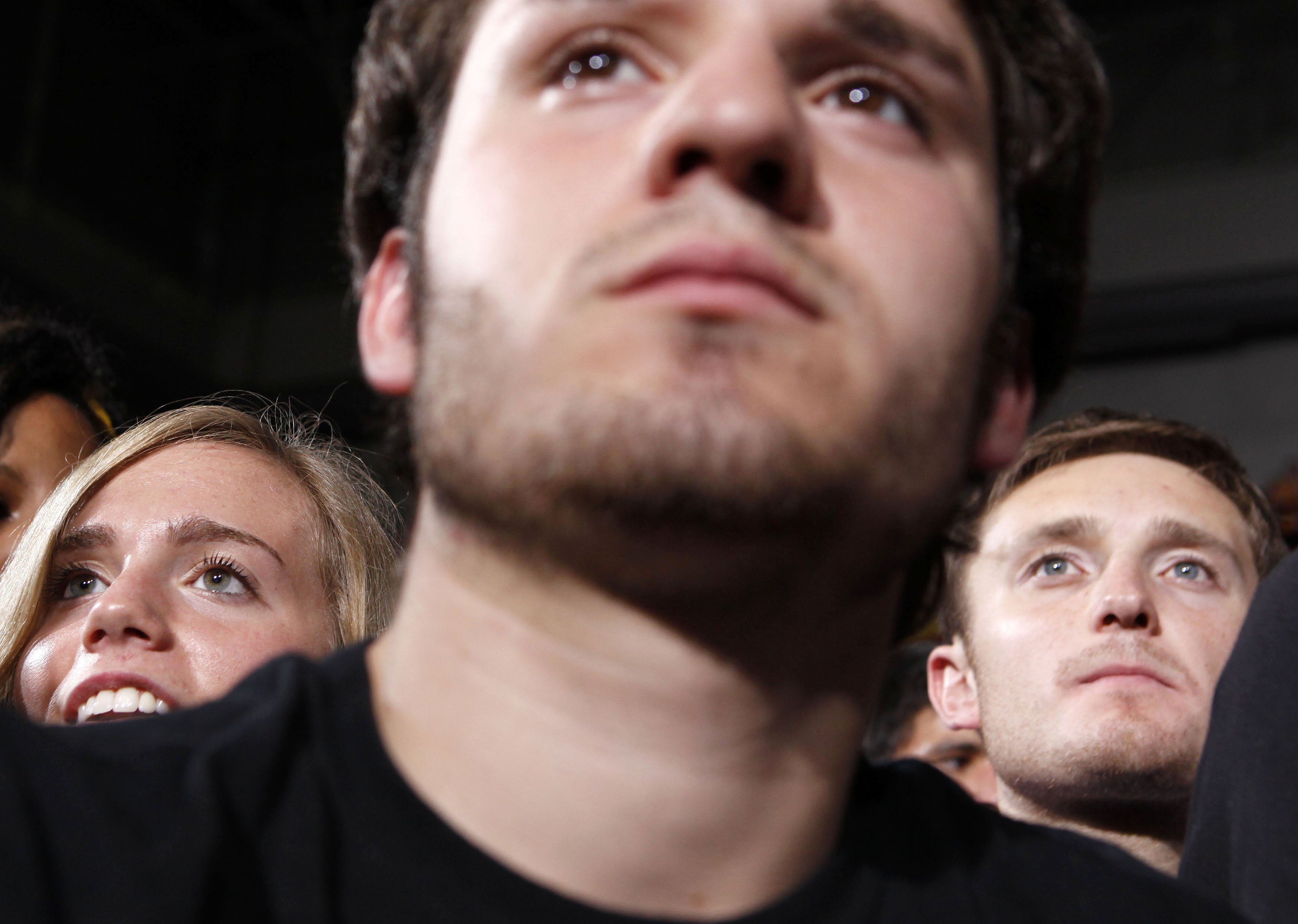 Reuters/Larry DowningStudents listen to U.S. President Barack Obama talk about the rising costs of student loans while at the University of Iowa in Iowa City, April 25, 2012.

Guy arrested during student-debt collection has to reimburse US Marshals $1,200 for his arrest

7 deputy US Marshals reportedly arrested a guy over a $1,500 student loan he took out 29 years ago

Last week, seven deputy US Marshals arrested Paul Aker in Houston, Texas, after coming to his home to collect on a federal student loan from nearly 30 years ago.

The arrest was over a $1,500 student loan he received in 1987, Aker said. He says he received no certified mail or notices about the outstanding debt in the past 29 years.

For its part, the US Marshals claim Aker told two deputies “he had a gun” when they showed up to arrest him after he failed to appear at at a court hearing related to his debt.

Aker’s assertion that he was armed spurred US Marshals to call for backup, the US Marshals said in a statement.

Despite the marshals’ statement, the story of Aker’s arrest went viral — drawing shock and outrage — after he went on Fox to talk about it.

His arrest renewed interest in information about when the government has recourse to pursue legal action against your unpaid student loans.

Business Insider spoke with Joshua Cohen, a lawyer specializing in student-loan debt, to understand the consequences borrowers may face when they default on student loans. Cohen first explained that borrowers cannot simply be arrested for not paying their loans.

Indeed, the Consumer Financial Protection Bureau has cautioned that if “you ignore an order to appear in court, a judge may issue a warrant for your arrest” and that “you should never ignore a court order.”

Still, Cohen explained that if you default on your federal student loan — meaning that you miss nine consecutive monthly payments — the federal government can come after you in four different ways.

If you are W-2 wage earner, the government can garnish your wages with a 30-day warning, and it doesn’t need a lawsuit to do so. Typically, a debt collector will call a borrower’s human-resources department to verify they are an employee. That information is passed along to a guarantee agency or to the US Department of Education, so either one can move forward to collect on the debt via the wages.

Cohen cautions borrowers in this situation to move quickly and request a hearing on the wage garnishment. This temporarily stops the process and allows the borrower to work out alternate payment strategies with the loan servicer.

“It’s quite messy,” he said. “If someone doesn’t quickly get on their feet during that 30-day period, the garnishment will probably happen.”

If a borrower doesn’t work, but collects Social Security, the federal government can garnish that money.

“That’s really hard because you are dealing with people who are barely surviving as is and now you’re taking more money from them,” Cohen explains. Those instances bother him the most, because individuals living on Social Security typically don’t have enough income to be responsible for making federal-loan payments.

He attributes this to a communication issue where not enough people know they qualify for income-driven-repayment (IDR) plans.

If you earn at or below 150% of the poverty-line income, your payment will be $0.

Employees who file tax returns normally look forward to getting their refunds back in the spring. But if you’ve defaulted on your federal student loan, don’t expect to get your refund, according to Cohen.

The federal government will use the return amount to pay down the principal and interest on student loans in default.

“My advice on that is don’t file your tax return,” Cohen said.

He explained that if you’re due a refund, you have up to three years to file. Work on getting yourself out of default and then file the return. There’s no penalty to postpone filing your refund.

If you’re not a W-2 wage earner, don’t receive Social Security, and aren’t due back a tax refund, the government’s last option for collecting on a student loan is to sue the borrower.

It’s the situation most self-employed individuals find themselves in, according to Cohen. And it’s what happened to Paul Aker.

Aker was sued by the federal government in 2006 for the unpaid student loan. When Aker didn’t show up in court, a judge issued a “default judgment” ordering him to pay about $2,700.

A statement from the US Marshals claims that they “spoke with Aker by phone and requested he appear in court, but Aker refused. A federal judge then issued a warrant for Aker’s arrest for failing to appear at a December 14, 2012, hearing.”

Aker claims he never received any notification of the court order.

Private-loan collection operates separately from federal-loan collection. Unlike the federal government, private lenders are under no obligation to offer deferments or income-driven-repayment plans. “The only remedy that a private lender has is to sue you, and they are suing you under state law and every state differs,” Cohen said.

His advice for borrowers whether they have federal or private student loans is to pay attention to mail and to answer the phone.

If a borrower ignores calls they are taking a defensive rather than an offensive position. There are likely a number of solutions that can borrowers can take advantage of to get themselves out of default.

“It’s all about power and who has control,” Cohen said.

SEE ALSO:The 10 colleges in America that give low-income students the most bang for their buck