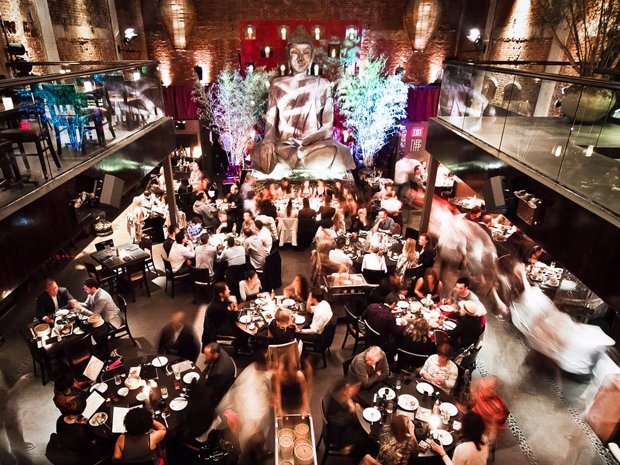 Dining is a ritual in New York City.

Consider that many New Yorkers use their kitchens as a dual storage space and takeout dining center.

A bare refrigerator is a normal thing; many contain only a few condiments.

We dine out a lot. It’s sacred.

That’s why some of the kings of New York dining — the businessmen with restaurants spanning the country and grossing millions in revenue — are agonizing over a decision that could dramatically change that ritual.

We’re talking about tipping, and a debate is raging within the industry over whether to do away with it altogether.

Others are not so sure they want to say goodbye just yet.

“I’m not sure this country is ready for the end of the culture of tipping. For every problem it solves, a new one arises.”

Tipping has become an issue because of New York’s recent decision to raise minimum wages to $9 from $8.75. The wage hike is pretty straightforward when it applies to workers who don’t earn tips. They get paid an hourly wage, and it just went up.

But things got more complicated for workers who earn a huge portion of their pay in the form of tips. A board discusses whether wages should be increased, and a commissioner ultimately makes the call.

Through that process, the minimum wage for tipped workers was recently hiked to $7.50 an hour from $5.

When the commission was convened, however, industry groups tried to present a proposal that Andrew Rigie of the New York City Hospitality Alliance called a “progressive” solution.

The industry group wanted the base minimum wage for tipped workers to stay at $5 an hour for employees whose base wage plus their tips equal at least 1 1/2 time the full minimum wage.

“We were quite unhappy,” Rigie told Business Insider. “The issue is you have more and more money going to employees who aren’t really minimum-wage employees.”

The owners at high-end restaurants say their waitstaffs don’t need the wage increase they’re getting. Some of their workers were making six-figure salaries in the old regime.

“People who work making $7 to $8 an hour without tips, maybe they should get $15 an hour — God bless them,” John Meadow, the CEO and founder of LDV Hospitality, said.

His restaurant group owns the steakhouse American Cut, the nightclub No. 8, and the Italian restaurant Scarpetta, among others.

“But my server making $90K a year? I’m proud I created a business that made that happen. Treating fast food the same as fine dining? That’s totally inappropriate.”

Another problem with this wage increase, restaurateurs say, is that it makes existing inequities between front-of-house and back-of-house employees even worse. It leaves the back of the house behind.

The people who handle your food in the kitchen can’t legally share in the tip pool from the front of the house. Restaurants can use their discretion to pay them more, but a 50% increase in wages to waitstaff will make it harder to hike wages for the back of the house.

So that’s when people started talking about doing away with tipping altogether.

“Nobody’s talking about the real reason why there’s movement in the tipping world,” Wolf said in a phone interview. “Laws and regulations around labor are just getting harder to comply with. I would challenge the state of New York and the City of New York to start their own restaurant and follow all the rules.”

Restaurateurs have a solution, of course.

“You’ve got to either increase your prices or get out of the business. We’re not doing this for charity,” Scott Gerber, CEO of Gerber Group, said. His company operates food and beverage programs in hotels like the Viceroy Central Park on 57th Street and W New York at Union Square. ViceroyThe view from the Viceroy Hotel in Midtown Manhattan.

That’s what Meyer of Union Square Hospitality Group did in deciding to exit the tipping world. He introduced a “hospitality included” policy, increased prices, wrote customers a note about it, and eliminated the tip portion on customers’ bills.

That price hike isn’t what’s giving these businessmen something of an existential crisis, though. It’s more about the culture of the business they know, something they think of as definitively American.

“Because of how I was brought up, I want people to work for their tips,” Gerber said. The calls for an even larger minimum-wage increase can be heard all over the US.

On Tuesday, Gov. Andrew Cuomo of New York hit the road in his “Drive for $15” initiative, a statewide tour in a blue-and-red bus that’s kicking off in Manhattan.

“Together, we’re going to set a national precedent with a $15 minimum wage and ensure that those who work hard will be able to make a decent living and enjoy a better quality of life.”

In the hospitality industry there’s a fear that another minimum-wage hike would initiate another hospitality wage order.

“This is a challenging operating environment with a trifecta of hospitality headwinds in rent increases, the wage tip credit increase, and clients’ increased focus on value, creating price compression,” Altamarea CEO and owner Ahmass Fakahany said.

“For Altamarea we are slowing pace and taking a cautious view, focusing on efficiency, quality consistency, and our clients.”

In other words, we’re not moving until we see the whites of their eyes. This is too important a decision to take lightly. A chunk of New York culture is at stake.

NOW WATCH: The ultimate guide to tipping in almost any situation