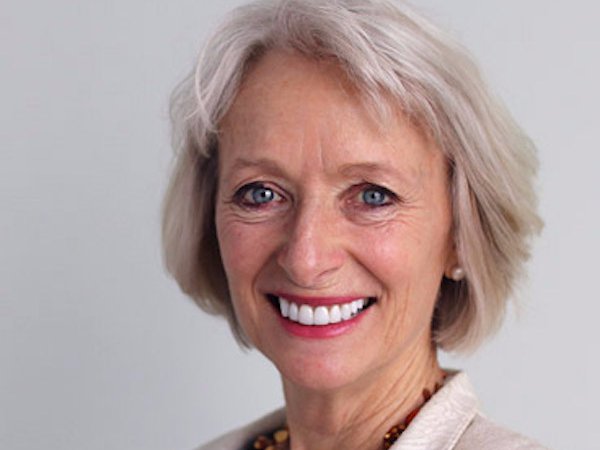 LONDON — You may not have heard of Crimson Hexagon, but the chances are it’s heard of you.

Since it launched in 2008, the New York-based analytics firm has collected, stored, and indexed over a trillion public posts from Twitter, Tumblr, Facebook, and Instagram to create the world’s largest database of its kind.

The firm’s core competency is “unstructured text analytics.” In other words, as Crimson Hexagon’s CEO Stephanie Newby tells BI in a phone interview, the firm has developed software which processes its database of the world’s conversations on social media and allows customers “to ask any question at all.”

When it launched in 2008, the firm’s client base was largely media and entertainment groups. Movie studios found that they could predict box office takings around three months in advance using Crimson Hexagon’s technology, compared to the three-week predictive window that advance movie ratings typically offer.

The firm still counts five of the “Big Six” American movie studios among its clients but has since branched out into different areas, targeting any company which seeks insight into consumer opinion.

Firms who subscribe to Crimson Hexagon’s services — prices in the UK start at £25,000-a-year — are able to pull out insights on consumer reactions to existing products, measure the success of an advertising campaign, or sound out the market for a new product being considered for launch.

Clients in the UK, where it employs 40 people, include mobile network O2, the Post Office, Barclays bank, and a Premier League football club. Global clients include Procter and Gamble, Adidas, and Starbucks.

Most of its client base is consumer-facing firms, but the firm also works with asset managers to predict trends in company earnings and stock movements.

“Every day I sit with asset managers, and we ask which firm is reporting earnings in the next week or so. We ask what can we find on social media that might inform us about their earnings. We’ve come up with some really interesting predictive data,” she says.

“Samsung’s stock went down at the height of the problem they had. But we looked at the social media data and actually, people weren’t talking about it very much.”

The firm is now tracking the iPhone 8 launch, which is likely to be in September this year — and Newby has noticed a similar pattern of low social media chatter.

“Everybody thinks iPhone 8 is going to be the next big thing, it’s going to save Apple, et cetera — but we’re not seeing that follow through yet on social media, so I’m remaining a sceptic. They haven’t announced a launch date yet, but we’ll see,” she says.

Not just tech launches: the data can, in theory, be applied to any sector about which there is a large amount of chatter on social media. Take guns. were watching gun and ammunition stocks [last year] when there was a slew of them reporting earnings,” Newby says.

“We started looking at conversations in social media about buying guns and ammunition, and we saw a big spike in them. That spike occurred at least thirty days ahead of a spike in background checks. So we realised that social media trend is predictive to that industry,” she says.

Shares in the gun-maker popped in June last year after it reported fourth-quarter profits and revenues that topped analysts’ forecasts. “We placed a bet on Smith & Wesson and made a good little trade on that,” Newby says.

Newby says that social media data alone will never be enough to predict stock-picking accurately, but thinks its use instead lies in using it with other datasets.

“The power of social media for stock-picking is in combining that social media import with other datasets to either confirm or deny a trade that you’re thinking about, or a stock that you’re holding,” she says.

“Social media increasingly important because people are now asking more strategic questions. The early users of social media [analytics] were really just monitoring things, counting stuff: how many followers or how many hashtags there were on a particular topic, for example.”

“That data might be interesting at a certain point in time, but it’s hard to see what it’s really telling you. Once you get into more strategic discussions, like ‘Do consumers really care about the fact that the Galaxy 7 Note has been recalled?’, or ‘Is it going to stop them from buying the next product that Samsung brings out?’

“No. That’s more strategic. That’s where it becomes a really interesting dataset for strategic decisions,” she says.