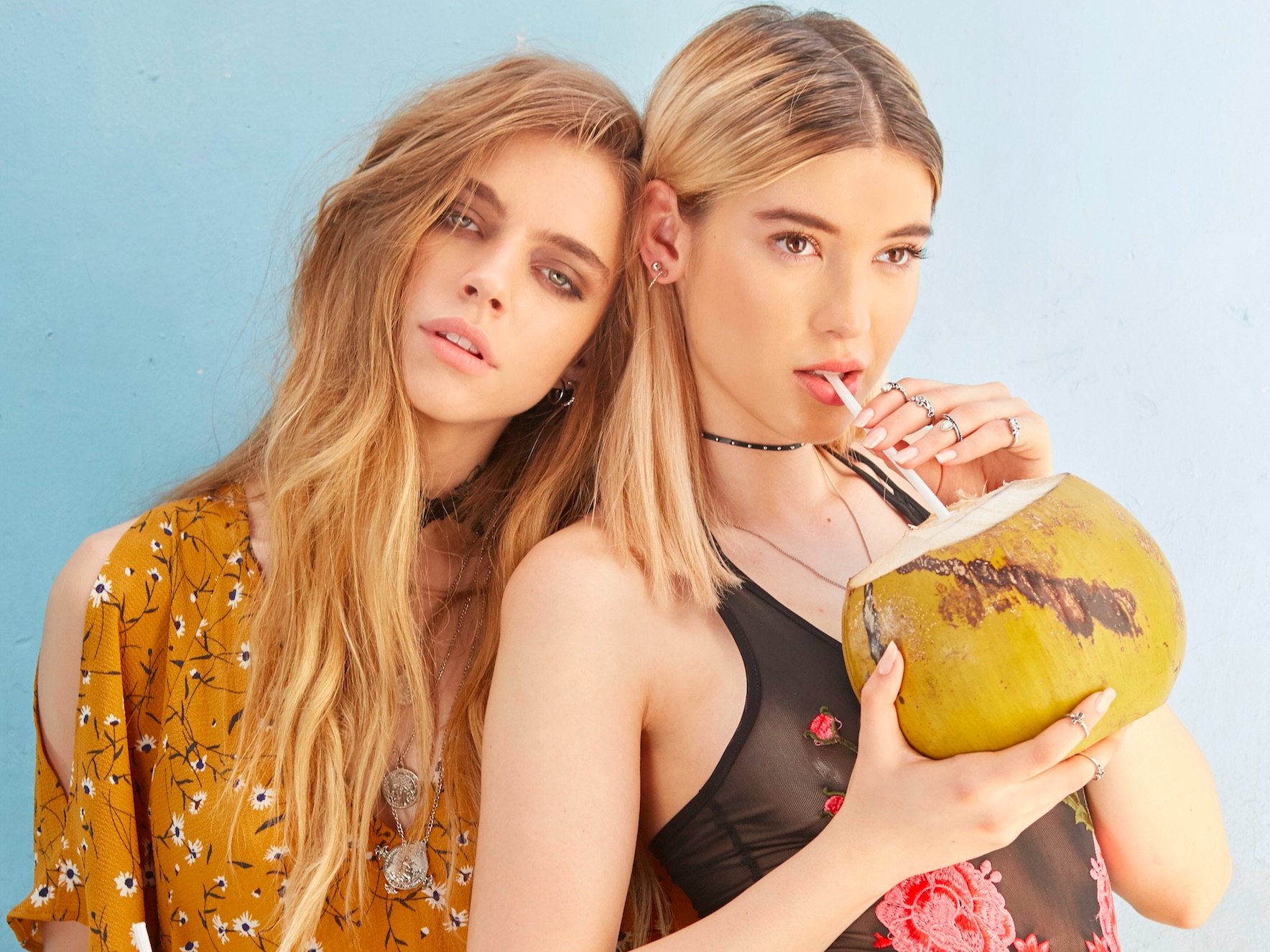 A promo shot for Boohoo’s clothes.Boohoo

The Manchester-based company published these figures for the year end February 28, 2017:

Revenue growth is slightly above what the market was expecting, despite several forecast upgrades from the retailer in the year.

The company’s joint CEOs and cofounders, Mahmud Kamani and Carol Kane, call it a “momentous year” in a joint statement. They said:

“The boohoo brand has achieved outstanding revenue growth and increased profitability margins during the year. We continued to grow strongly in the UK, our largest market, whilst international growth exceeded our expectations, particularly in the USA. Our customer proposition is proving consistently appealing.”

Kamani and Kane also flag the importance of recent acquisitions: the retailer acquired a majority stake in rival PrettyLittleThings at the start of the year and bought US retailer Nasty Gal out of bankruptcy earlier this year.

The CEOs said: “Both brands have huge potential and the acquisitions represent a step change in the size, structure and operation of the group.”

Not only has Boohoo recorded storming growth in the last year, the company are expecting the performance to continue, thanks in part to the deals. Kamani and Kane expect revenue growth of 50% again next year. They add that it has been “a promising start” to the 2018 financial year so far.

Like ASOS, Boohoo is one of the UK’s online fashion success stories. Founded in 2006, the company specialises in offering fashionable clothes for women at cheap prices and has a very quick turn around time from design to production, meaning it can keep on top of the latest trends. 70% of Boohoo’s traffic comes from mobile apps.