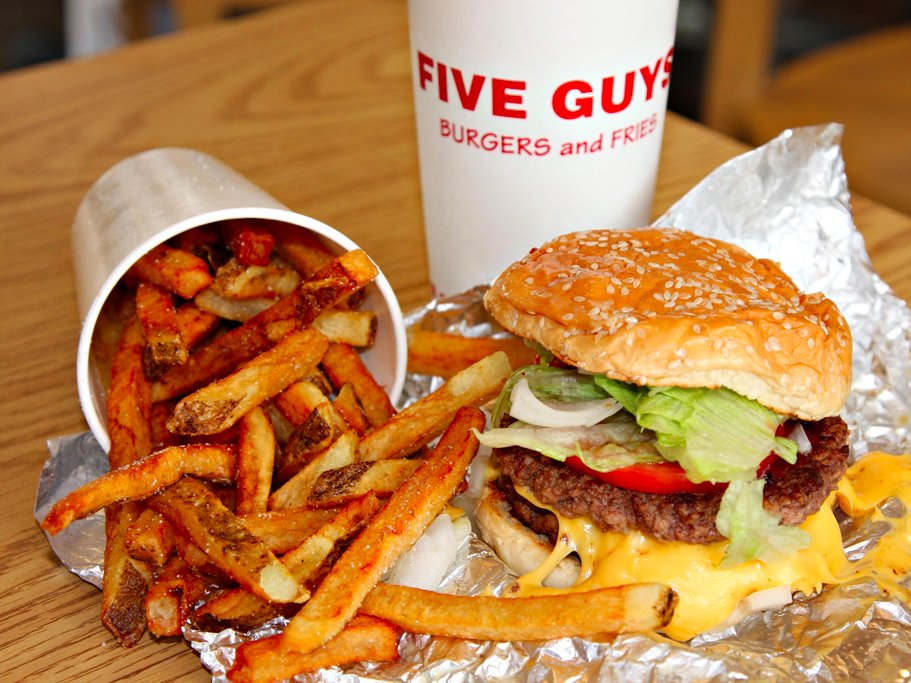 By chief_huddleston on FlickrFive Guys allows customers to choose a large number of burger toppings.

But it has now become so popular that is has overtaken Nando’s as Britain’s favourite fast food joint.

It’s a remarkable stat given that Five Guys only debuted in the UK just over two years ago.

Its first ever store outside of North America opened in London’s Convent Garden in the summer in 2013, with a second restaurant following a few months later in Reading. The chain now has 27 locations in the UK as it continues an aggressive expansion across Europe.

Five Guys’ unique selling points include an uncommonly large choice of toppings for a fast food restaurant, as well as drinks machines with hundreds of beverages.

Nando’s will have to settle for second place this year, while the slightly more upmarket Gourmet Burger Kitchen is in third place. KFC and Burger King round off the top five most popular fast food restaurants in the UK:

The report noted that Nando’s was top for “speed and value,” but Five Guys won out on “food quality and friendliness.”

It added that customers who gave top marks were “5.7 times more likely to recommend than those who gave a score of four out of five,” which bodes well for Five Guys’ word of mouth.

In the coffeshop stakes, Pret A Manger was the number one choice for the second year running, while bakery Gregg’s was deemed to have the best value for money.

Pizza Express remains the country’s favourite pizza chain, with “healthy options” seen as a key area pizza restaurants can separate themselves from other fast food outlets.