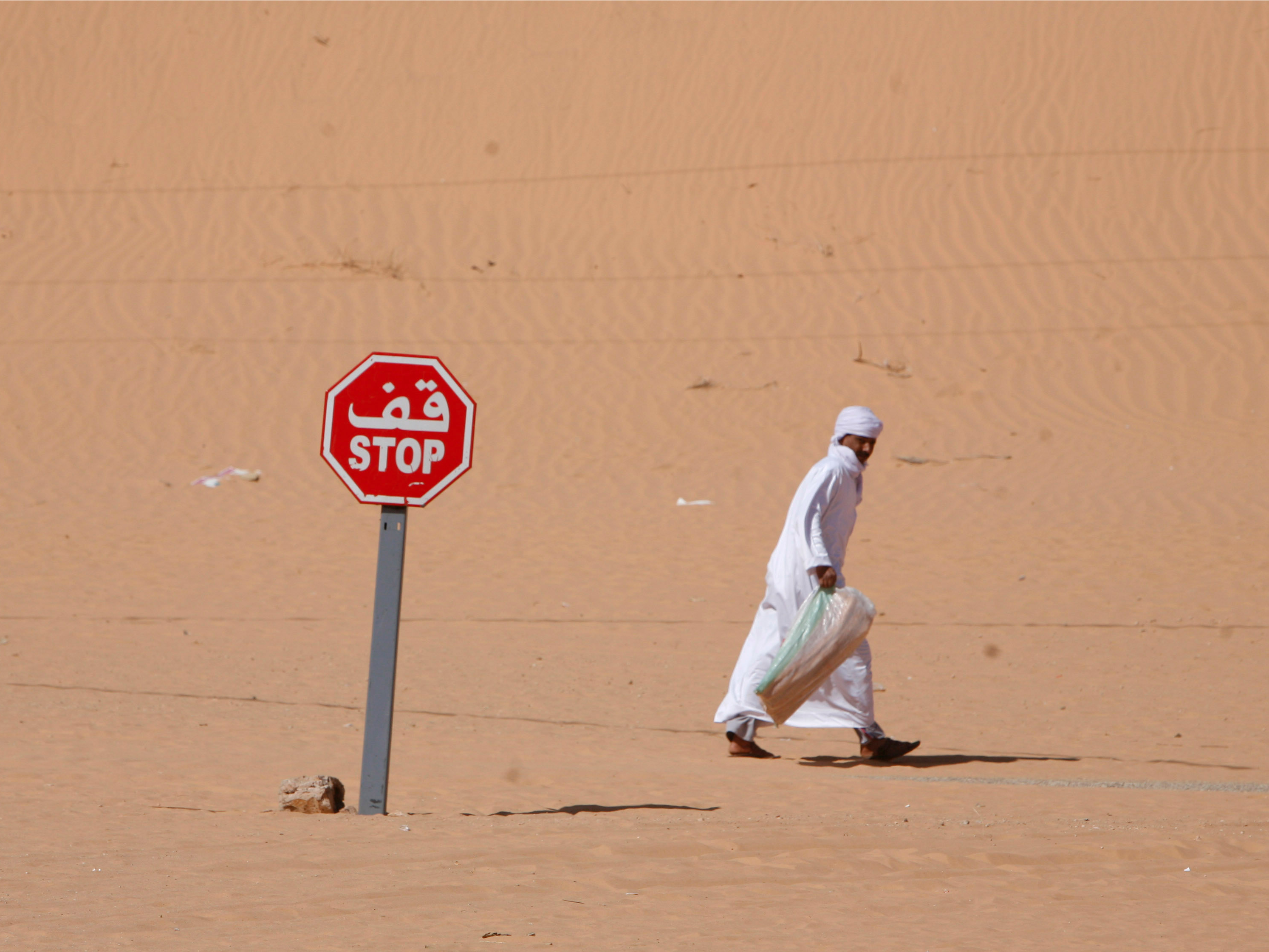 Zohra Bensemra/ReutersA man walks past a stop sign in Fatis, on the outskirts of the oasis town of Timimoun, about 1,200 km (746 miles) south of Algiers, Algeria, on March 27, 2008.

Everyone is worried about the thing markets need most, but they’re not asking the right questions

UBS INVESTMENT BANK CHIEF: ‘There is a severe dislocation and change in the industry’

People are worried about bond-market liquidity.

Wall Street executives complain about the dearth of liquidity so often that Bloomberg’s Matt Levine has a section in his daily email dedicated to detailing their gripes.

It has been interesting to note, then, that some official sector research has suggested that it isn’t all that much of a problem.

We recently looked at some research from Matteo Aquilina and Felix Suntheim in the chief economist’s department of the Financial Conduct Authority in the UK that said there really wasn’t much to worry about.

The findings echoed the conclusion of earlier research by the Federal Reserve Bank of New York. In both cases, the researchers looked at trading data to gauge market conditions.

Our conclusion was that they’re not asking the right questions.

We weren’t the only ones to pick up on the research, of course. In a blog post on Monday, Chris Bowie at TwentyFour Asset Management took issue with the findings of the FCA paper.

In so doing, he also provided a really useful explanation for why trading data-led reviews of liquidity fall short, and what actually happens when a fund manager tries to buy or sell bonds.

First, on the trading data, he said:

And here is his explanation of why those trades don’t take place:

The reality is that screen prices are simply not that reflective of where you can actually trade in an over the counter market these days. Some days they are – but many days they are not. Just last week, I had a broker offer me 509,000 bonds of an insurance company we like, at a price 1 whole point higher than the best screen offers. I contacted three other brokers who had lower offers on their screens, to ask if they could sell me just 500,000 bonds. All replied saying “flat – can’t offer” meaning they do not own that bond so cannot sell me any, as to do so would take them short. So as a Portfolio Manager, do you buy from the only bank who has inventory, but then report an immediate 1.5pts loss compared to the mid-priced mark that will used on the portfolio valuation? Or do you pass on the trade? This is the reality of life at the coalface, and this is not even considered in the FCA’s Occasional Paper 14.

The comments pertain to the FCA paper, but have broader significance. This is why trades aren’t happening.