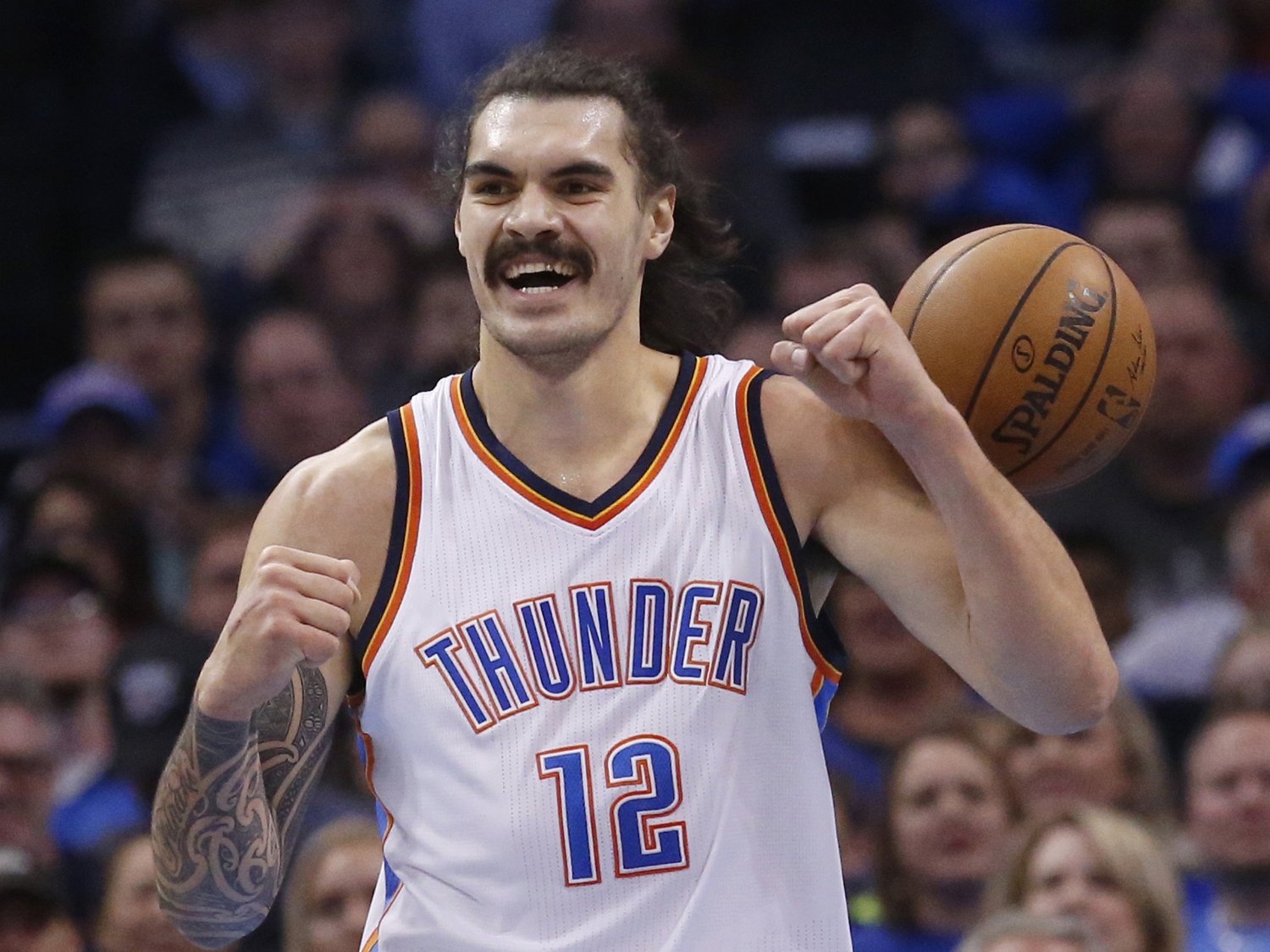 While negotiations were underway between the Thunder and his agent, Adams was off the grid because he dropped his cell phone in an ice bath.

So, after signing his big contract, the 23-year-old big man told reporters he went out and bought a new phone.

“It was yesterday, it was a phone,” Adams said when asked what his first big purchase would be. “Because I dropped my phone in the cold tub and it didn’t work for, like, the past three days, and stuff was going on. My agent was trying to contact me and stuff, and I was like, ‘I’m sorry,’ I just don’t have a phone.'”

From the sounds of it, though, Adams didn’t put a ton of research into his next phone. When asked what he bought, he said, “The one with the screen going across the side. The Edge? Is it The Edge? Samsung Edge.”

Now that Adams is a $100-million man, he can buy a new cell phone when his breaks and afford his $60 haircuts if he chooses to get rid of his signature mane.

Watch video of Adams’ answer below:

Steven Adams broke his phone and was off the grid during contract extension negotiations. pic.twitter.com/vC0I6LReoW