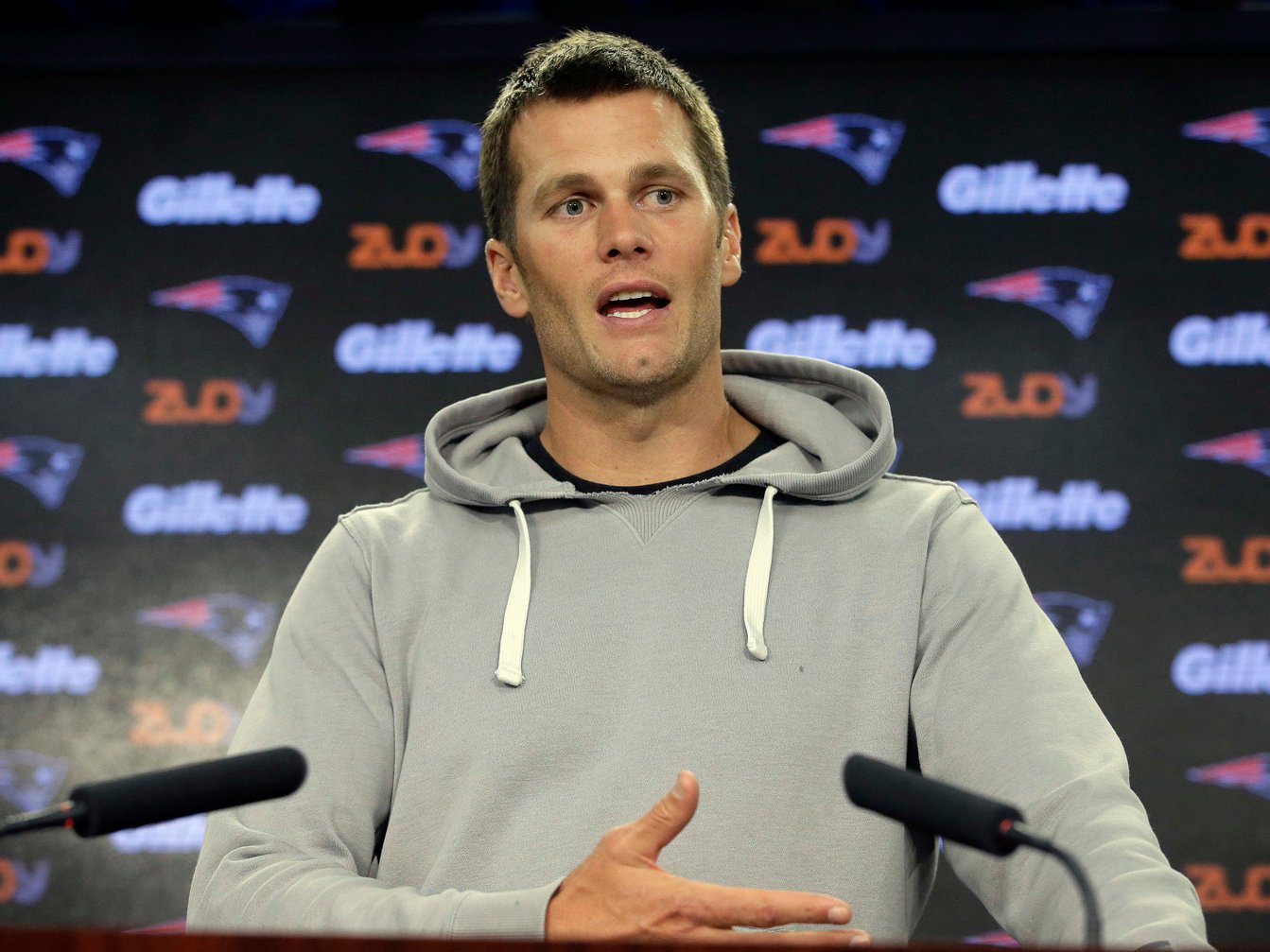 Tom Brady continues to avoid diving too deep into the world of politics.

Last week, Brady created a buzz when he abruptly left a press conference when he was asked about Donald Trump’s comments about groping and kissing women without their consent, which Trump has referred to as “locker room talk.”

Brady smiled at the question and said, “Thank you, guys. Have a great day.”

On Monday, during his weekly interview with the Boston radio station WEEI, Brady opened up slightly about the situation, explaining why he didn’t answer the question, discussing his relationship with Trump, and confirming he will vote on November 8, which he called “Super Tuesday or whatever it is.”

“I’ve been in an organization where we’re taught to say very little, we always respect our opponents, and we don’t do the trash-talking. The thing I’ve always thought is I don’t want to be a distraction for the team. That’s what my goal is. Not that there are things I’ve said or done that haven’t been, but you try not to be.

Brady said that he met Trump “15, 16 years ago” and they’ve played golf “many, many times” and always had fun. He said Trump has always been supportive of the Patriots and his career, calling him after games to offer words of encouragement.

Though Brady wouldn’t reveal who he would vote for, he said maybe he’d talk about it after the election is over.

Brady has come up several times during Trump’s campaign. At the start of the 2015 season, Brady said he had Trump’s “Make America Great Again” hat in his locker, which he said Trump sent to him as a “keepsake.” He added that it would be “great” if Trump became president, but also noted that he didn’t “even know what the issues are” because he doesn’t pay attention to politics.

He ended up walking back his comments, noting that he wasn’t endorsing Trump and that he merely supports his friends.

Brady is cautious with his words, and it doesn’t sound like we’ll be hearing much more from him about Trump in the near future.

Listen to the interview here »

SEE ALSO:Dak Prescott is on fire, and the Cowboys are going to have a quarterback controversy on their hands

DON’T MISS:The 25 schools that make the most money in college sports