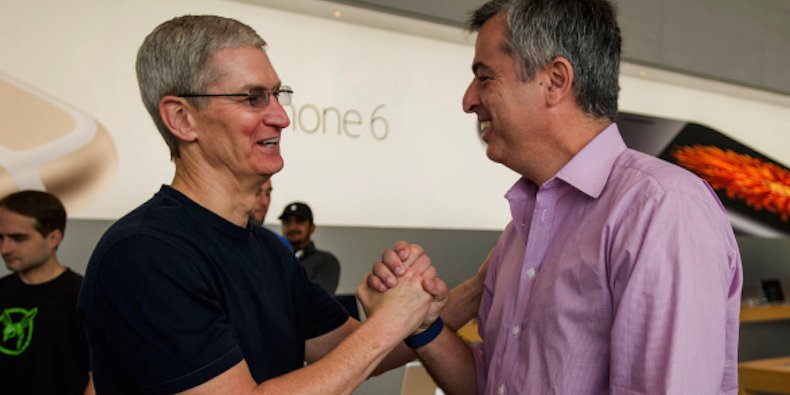 This is Eddy Cue.

Eddy Cue is the senior vice president of internet software and sales at Apple.

He also likes basketball. How much does Eddy Cue like basketball?

It turns out that Eddy Cue really likes basketball.

On May 30, the Golden State Warriors played the Oklahoma City Thunder in the NBA playoffs. The Warriors won 96-88, with Stephen Curry helping the team pull off what is being referred to as “one of the NBA’s great comebacks.” Eddy Cue was there, and even made the front page of The San Francisco Chronicle.

NOW WATCH: The FBI says it now has the ability to unlock iPhone 5C models