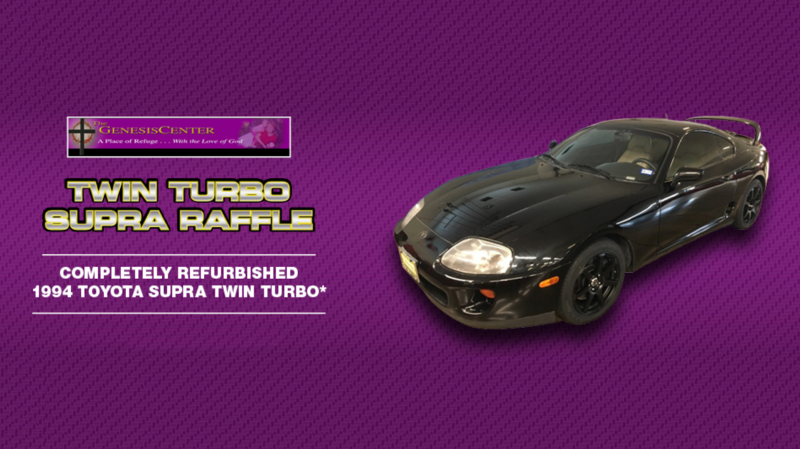 To raise funds for a Texas nonprofit helping women and children, a Toyota dealership held a raffle for a restored twin-turbo 1994 Toyota Supra. But when they announced the results, it didn’t take long for people to realize the winner was the general sales manager’s wife. Now, the dealership taking a ton of heat.

According to local newspaper Blue Ribbon News, the Dallas-area Toyota of Rockwall dealership held the raffle with tickets selling for $20 apiece or six for $100. All ticket proceeds went to the Genesis Center of Kaufman County, which “offers counseling, shelter, resources for daily needs, parenting classes, job services, medical referrals and spiritual mentoring,” according to its website.

The car, according to Blue Ribbon News, was donated to the Genesis Center by a local resident battling cancer:

Schoenle said she called Toyota of Rockwall, and the folks there led efforts to refurbish the car. The dealership gave it new leather seats, new paint, new tires and new tint at no charge, Schoenle said. There were also five other companies involved in restoring the car, with Blue Ribbon News reporting that they spent a total of $17,000 to make the car’s restored value around $30,000.

The dealership printed 4,000 raffle tickets, with the proceeds from each going to the Genesis Center. The dealership later announced that it raised more than $50,000 for the center.

It all sounds like a heartwarming story, but things went downhill soon after the dealership announced the winner on April 14:

That’s because they’re married, and the dealership claims to have made a typo in the original announcement.

The dealership later released a statement regarding the winner on its Facebook page, saying that the Genesis Center permitted employees—that permission also includes their spouses and family, presumably—to participate in the raffle. The statement said Rebecca Rawls and four friends bought tickets as a group, spending $1,500 total:

A Facebook commenter shared a photo 12 hours prior to this posting of an eBay listing of the car under seller “rawlsdanny09,” with current bids at $22,100. The listing could not be found when searched for at the time of this post.

As you might expect, recent reviews of the dealership on Facebook are pretty scathing, with many people calling the raffle a “scam.”

In response to the influx of comments on the Facebook statement above, the dealership’s page commented on the post with additional statement:

My name is Charles Pankey and I am the general manager and I have to say a few things. There seems to be a lot of people on here trying to stir this up into what it isn’t. The winners of the car pledged to donate 100% of the funds back to The Genesis Center, hopefully another $25,000. That would put the total amount to nearly $75,000 to help fight domestic violence.

I spent a considerable amount of time to help The Genesis Center raise the money that they did and I was excited when I heard the winners were essentially giving back what they won to the Genesis Center, a place that helps those effected with domestic violence. Lets not forget that this is all for a charitable cause.

If selling the car was the original intent of the winners, it is, of course, a lot more money going to a seemingly worthy cause. But it doesn’t clear up the fact that in most public contests of any kind, employees and family of employees are not permitted to enter due to the conflict-of-interest concerns that arise when something like this occurs.

Jalopnik has reached out to Toyota of Rockwall for additional comment and will update if we hear back.

This 2018 Toyota Supra Brochure Is A Big Fake

We May Finally—FINALLY—See The New Toyota Supra In October