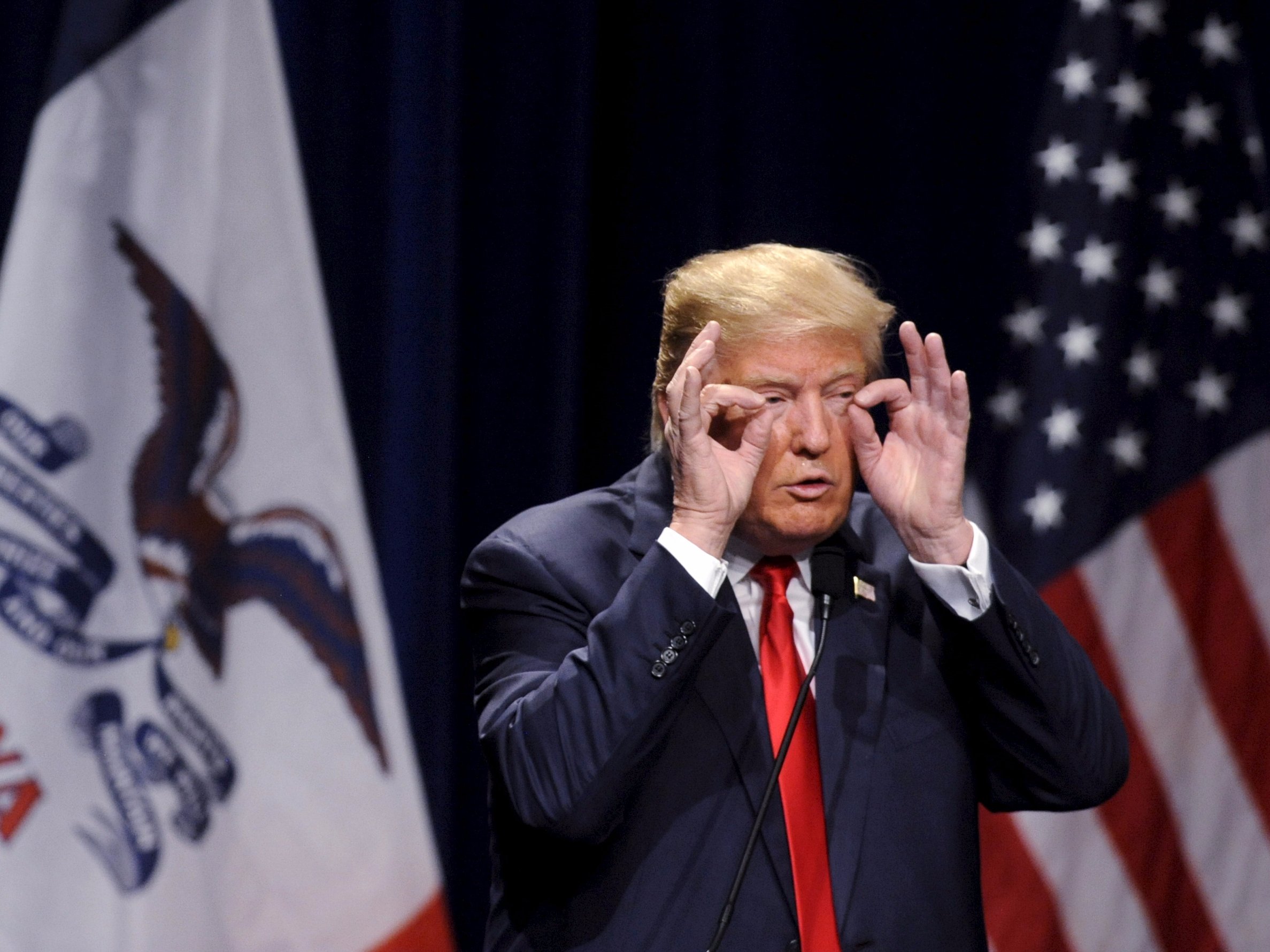 This popular American sport is gaining popularity in an unlikely place

Donald Trump thinks that the trajectory of the National Football League is a great metaphor for the declining prospects of the US.

At a campaign rally in Reno, Nevada on Sunday, the Republican presidential front-runner said that tighter rules intended to protect players from head injuries are ruining football, and making it an unnecessarily “soft” sport.

Trump said NFL referees were unfairly punishing players for some of the “most beautiful” tackles, and complained that today’s referees throw “so many flags.”

“You used to see these tackles and it was incredible to watch. Now tackle — head-on-head tackle — 15-yard penalty,” Trump said.

“I don’t watch it. The referees, they all throw flags. Their wives are sitting at home – ‘That’s my husband!'” Trump said, launching into a split-second impression of the wives of NFL referees. “It’s true.”

After facing fierce criticism for not doing enough to lower the number and severity of traumatic head injuries, the NFL has over the past several years worked to strengthen some rules and pour money into researching equipment that can absorb more physical punishment.

Trump, who at one point owned a semi-professional football team, launched into his tangent about the NFL on Sunday after pausing in his speech to ask the crowd if he should keep going.

“It’s a Sunday, who the hell wants to watch these crummy games?” Trump said as some members of the audience applauded.

Though Trump made his feelings about the state of football pretty clear, he did, make one exception.

NOW WATCH: Obama has been getting the best of Trump for years