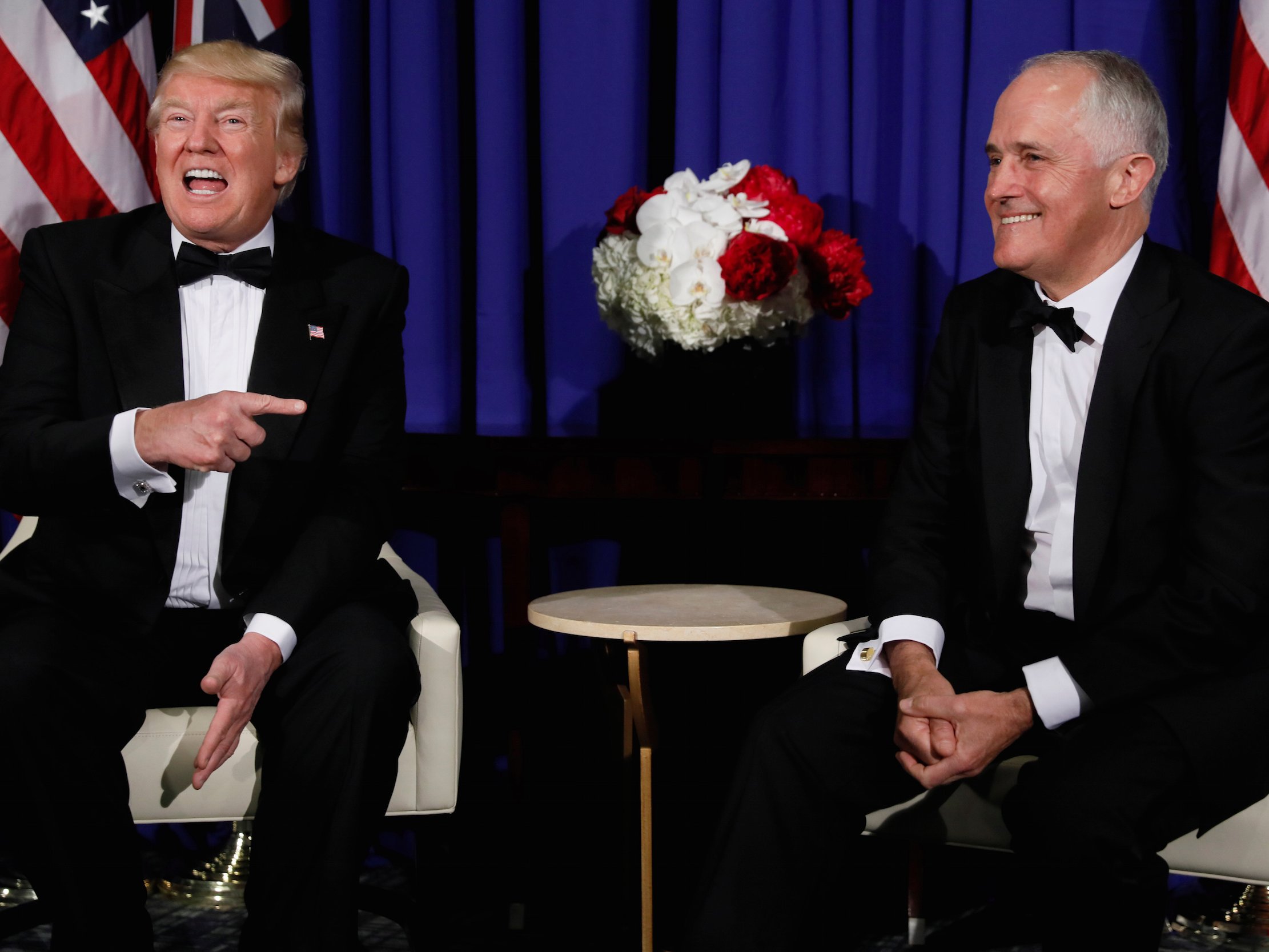 President Donald Trump took to Twitter on Friday to defend remarks he made about healthcare during a meeting with Australian Prime Minister Malcolm Turnbull.

During a photo shoot with Turnbull, Trump told the prime minister that he didn’t need to tell him about the US healthcare system under the Affordable Care Act “because you have better healthcare than we do.”

Australia has a universal healthcare system, which Republicans have long attacked.

Trump attempted to clarify the remark on Friday.

“Of course the Australians have better healthcare than we do — everybody does,” Trump tweeted. “ObamaCare is dead! But our healthcare will soon be great.”

Sarah Huckabee Sanders, the White House deputy press secretary, had suggested earlier Friday that Trump was being “complimentary” of Turnbull.

“I think he was simply being complimentary of the prime minister, and I don’t think it was much more than that,” Huckabee-Sanders said.

Trump pushed back his meeting with Turnbull in New York City by several hours to celebrate the passage of the AHCA in the House on Thursday. The president and members of the House GOP conference held a celebratory press conference at the White House after the bill passed by a thin margin.

NOW WATCH: ‘OJ had me shook’: A Georgetown professor reveals what it was like to talk to OJ Simpson after bashing him on national television