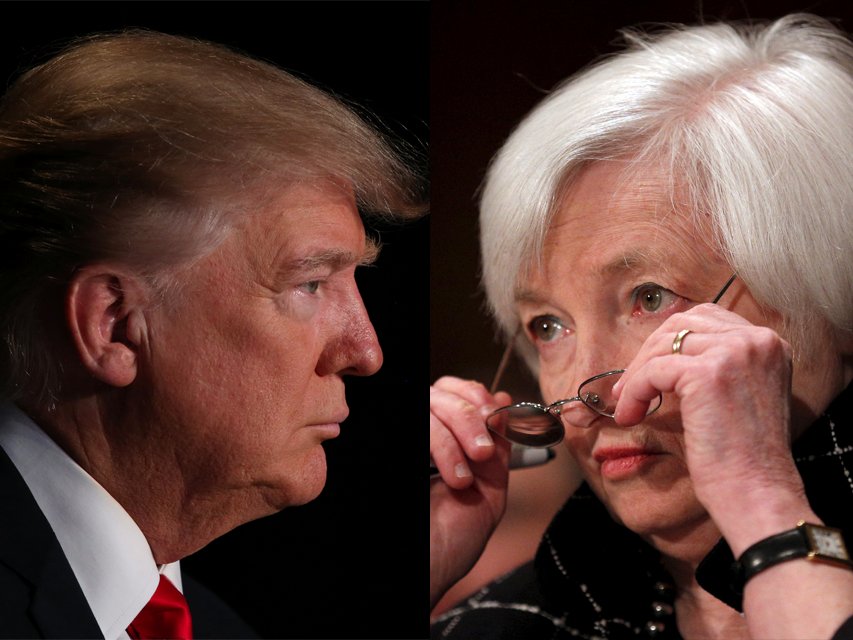 Janet Yellen may not be done as the Federal Reserve chair just yet.

President Donald Trump told The Wall Street Journal that he was undecided to bring Yellen back as Fed Chair after her term expires in 2018, saying she is “not toast.”

Trump called out Yellen multiple times during his campaign, saying the Fed’s low interest rate policy was hurting the economy, in addition to accusing the central bank of colluding with former President Obama, Hillary Clinton, and the Democratic Party.

Trump told the Journal that he has talked to Yellen in the Oval Office since his term began in January. Yellen also mentioned a meeting between the two at the last Federal Reserve monetary policy meeting in March.

Yellen’s term will expire on February 3, 2018, after which she would have the option to take a term as a member of the Fed’s Board of Governors, which past chairs have typically not done.

In terms of Fed policy, Trump admitted to the Journal that he is a fan of low interest rates.

Read the full interview on The Wall Street Journal»