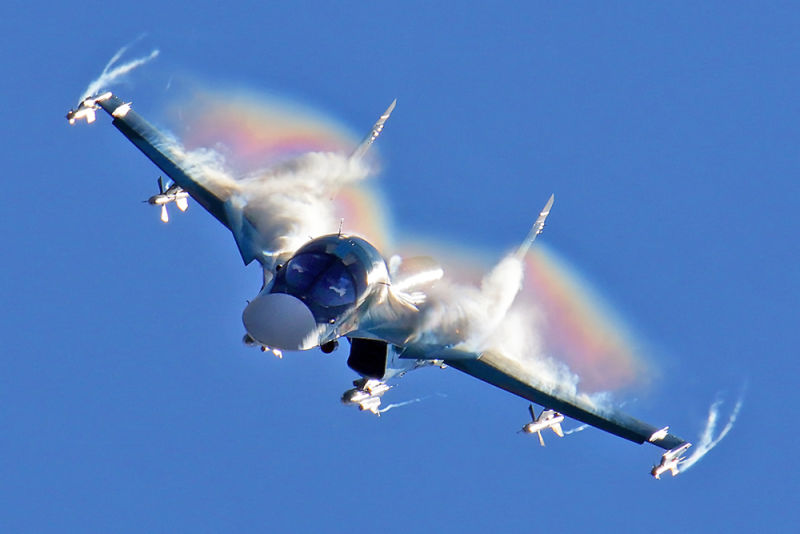 Turkey claims that one of Russia’s most advanced fighter-bombers, an Su-34 Fullback, entered into Turkish airspace at 11:46 a.m. local time on Friday. The event occurred after Turkey broadcasted multiple warnings for the jet to turn away. Russia says the incursion never happened, and that it is just “baseless propaganda.”

Ankara sees it very differently, and has stated that it is worried Russia is planning on escalating what is already a bitter situation between the two countries after Turkey shot down a Russian Su-24 over a similar border incursion that lasted only seconds.

With this in mind, Turkish President Recep Tayyip Erdogan called for a direct meeting between himself and his estranged Russian counterpart, President Vladimir Putin.

Turkey has also summoned the Russian Ambassador to formally protest the event, and its foreign minister made a statement that included some very strong words. From The Guardian:

“This violation is a concrete indication of Russia’s acts aiming to escalate problems, despite the clear warning by our country and by NATO. We are making a clear call to the Russian Federation not to violate Turkish airspace, which is also NATO airspace… We stress once again that all the responsibility for any unwanted grave consequences as a result of any such irresponsible behavior will belong entirely to the Russian Federation.”

It is laughable to think that Russia’s most capable tactical aircraft, one built to strike targets under adverse conditions and deep in enemy territory, could not stay on the right side of an internationally recognized border. So, if such an incident did indeed occur, there was likely some higher-level direction involved in it—especially after Russia already lost one of its jets and pilots to Turkish F-16Cs prowling the border area.

Relations between Turkey and Russia are abysmal following the shoot-down, and tensions between the two countries have spilled over into the maritime environment, business sector and tourism markets.

Turkish-Russian relations are in the gutter since the downing of that attack jet, yet it is not… Read more Read more

If Turkey shoots down yet another Russian jet, there is no telling what could happen. An instant reprisal is not out of the question after Russia has beefed-up its anti-air capabilities in Syria via the S-400 air defense system and more armed fighter patrols.

In this case, the Su-34 is more than capable of defending itself although Russia’s rules for aerial engagement remain unclear. Additionally, Russia showcased their Su-34s in Syria carrying air-to-air missiles shorty after the shoot-down occurred, but many photos and videos shot since show the advanced fighter-bombers still carrying only dumb bombs.

The thought of this as an isolated event is doubtful. If it indeed happened as Turkey said it did, expect more violations to occur in the not-so-distant future. In the end, this is just one more facet of what has been a very strange air campaign executed by the Russians. One that has had questionable results, and no end in sight.

Top photo via Dmitry Terekhov/wikicommons, other images via AP