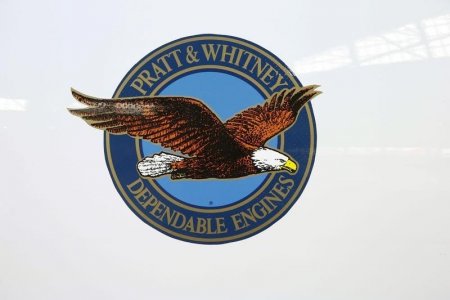 Thomson Reuters The logo of U.S. manufacturer Pratt & Whitney is seen on an engine of Swiss airline’s new Bombardier CS100 passenger jet at Zurich airport near the town of Kloten

WASHINGTON (Reuters) – The selection of Pratt & Whitney to build the engines for the new Northrop Grumman Corp B-21 bomber should help Pratt lower the cost of its F135 engines that power the F-35 fighter jet, a top Air Force general said Thursday.

Lieutenant General Chris Bogdan, who runs the $391 billion F-35 program, said lessons learned from the F135 engine program, any commonality between the engines, and greater engine production could help drive down costs on both programs.

“I would expect that Pratt’s prices on the F135 ought to come down as a result of the work they’re going to be doing on the long-range strike (bomber),” he told reporters after speaking at an event hosted by U.S. defense consultant Jim McAleese.

The Air Force last week named Pratt, a unit of United Technologies Corp , as the enginemaker for the new bomber, but gave no details about the actual engines.

Pratt is also the supplier for the F135 engines that power the F-35 fighter jet built by Lockheed Martin Corp .

Bogdan told the conference the bomber decision meant there could be an increase in production of the F135 engine cores, which could lead to price reductions later.

“There’s spillover things that happen if you have two engines that are common,” Bogdan said. “There’s another source of investment to improve engine manufacturing now.”

He said he knew very little about the B-21 bomber program, which remains classified, and did not explicitly confirm that F135 engine cores would be used for the new bomber.

Pratt spokesman Matthew Bates declined comment when asked if the the new bomber engine would use F135 engine cores.

Bogdan said the Pentagon was likely to finalize by the end of the month a preliminary agreement reached in January with Pratt for 167 F135 engines under two contracts valued at more than $3 billion combined.

He said the program also hoped to reach agreement in principle with Lockheed for a ninth batch of F-35 jets by the end of March, and a 10th batch of jets about a month later. The airframe deals are worth around $16 billion combined, he said.

Bogdan said the F-35 program was continuing to drive down costs, but software challenges with the F-35’s automated logistics system meant the Air Force could miss its Aug. 1 target date for an initial combat capability by 45 to 60 days.