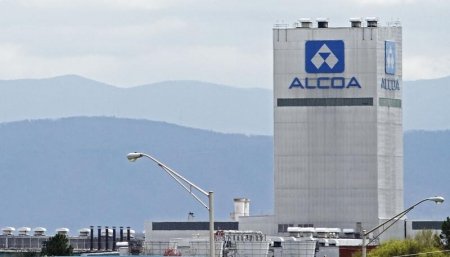 NEW YORK (Reuters) – The U.S. government has granted aid to workers at Alcoa Inc’s Intalco aluminum smelter in Washington state, after they complained that Chinese dumping threatened their jobs, according to a federal ruling.

The U.S. Department of Labor (DOL) granted Trade Adjustment Assistance to the 500 workers at the 279,000 tonne-per-year facility, which is slated to suspend production at the end of the second quarter, in a letter signed late last week and published on Tuesday.

The program provides payments and job training to workers who lose their jobs because of competition from abroad.

The ruling in favor of the Alcoa workers could serve as evidence in a potential trade case as tensions with China’s aluminum industry build.

The approval also comes as low aluminum prices have forced U.S. smelters to stop or slow output, and U.S. production in 2016 is expected to be the lowest since the years immediately following World War II.

Many producers blame rising Chinese capacity and exports for the low prices, and U.S. producer Century Aluminum , whose largest shareholder is Glencore Plc , has said it is considering launching a trade case against China.

Glenn Farmer, an official for the union representing the Intalco workers, wrote in the November application for federal assistance that “Chinese dumping of product has left the U.S. aluminum industry unable to compete.”

The DOL did not mention China in its response, and a spokesman noted that the agency has no authority to make determinations about dumping.

Still, one Washington, D.C. international trade lawyer said the decision could be used as “evidence of injury to workers caused by unfair trade practices” in any potential trade case.

The benefits will kick in should Alcoa suspend production at the smelter at the end of the second quarter if it cannot secure a cheaper power deal.

Alcoa said it was pleased the petition had been approved, noting that the assistance “will provide critical services and resources for employees impacted by the curtailments.”