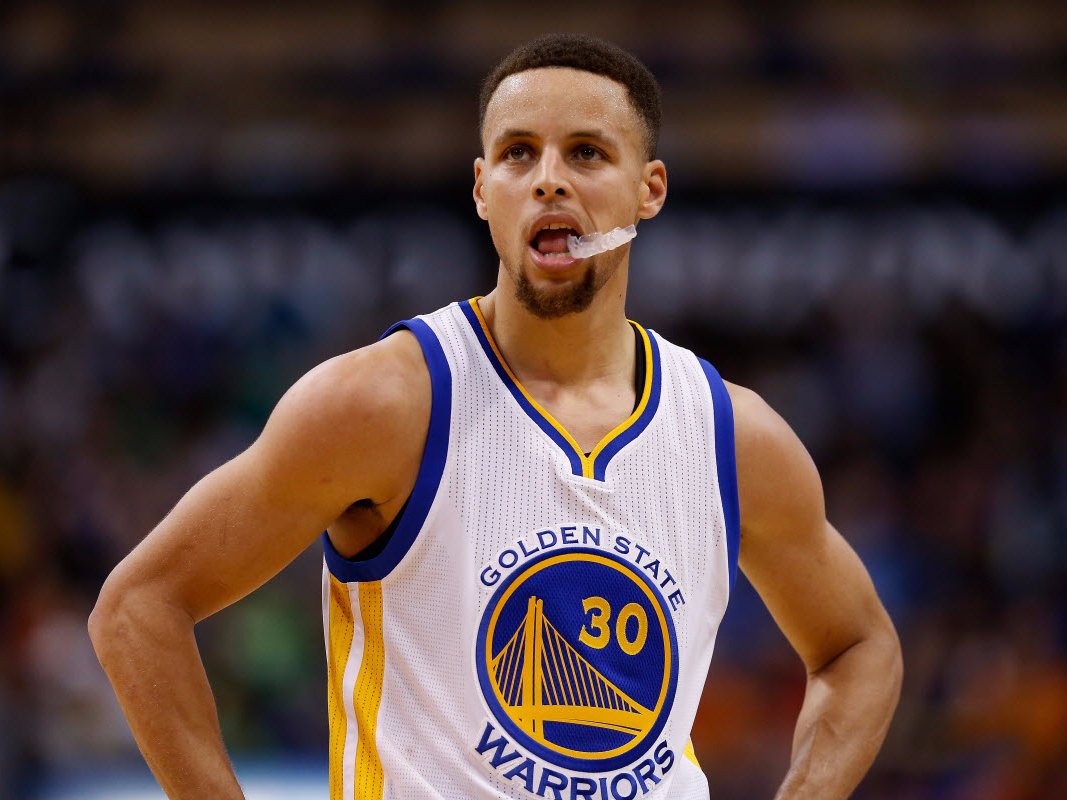 Stephen Curry has become one of the biggest faces for Under Armour’s enormous success.

However, Under Armour’s signing of Curry may not had happened without the help of current Atlanta Hawks guard Kent Bazemore.

ESPN’s Ethan Strauss provided an in-depth look at how Curry left Nike for Under Armour and noted the important role then-Warriors rookie Bazemore played in the heist.

In 2012, when Bazemore joined the Warriors as an undrafted rookie, Under Armour was a fledgling apparel company without many big basketball sponsors. According to Strauss, Bazemore’s agent, Austin Walton, sold Under Armour on signing Bazemore to establish a West Coast connection, with his proximity to Curry and Klay Thompson being an added benefit.

So, that summer, Under Armour sent Bazemore tons of clothing and sneakers, despite the fact that Bazemore was on a non-guaranteed contract — he still had to make the team. Nonetheless, with an excess of gear, Bazemore started giving his teammates clothing, while others, such as Curry — who Under Armour reportedly already coveted — took note.

“He was a rookie for us, and he got more gear and boxes in front of his locker every day than anybody else on the team,” Curry told Strauss. Marcio Jose Sanchez/APStephen Curry and Kent Bazemore taking in a football game in 2013 — in Under Armour gear.

As the two grew closer as friends, Bazemore also began selling the brand to Curry. Bazemore told Strauss a hilarious anecdote on his salesmanship:

“I’ll shout anything out. Yeah, I have no shame when it comes to branding. I’ll throw Under Armour’s name, anything I’m a part of. I’ll speak so highly of it. And Steph’s like, ‘My deal is up.’ I’m like, ‘Man, come over here, get your own shoe.’ I hadn’t talked to anybody at Under Armour about this. I was making all these promises, like ‘Get your own shoe, you’re the face of the game,’ sending out all these hypotheticals. I haven’t talked to anyone over there.”

Bazemore said as Curry’s interest grew, he got in contact with Under Armour, telling them he was working on the sale. Under Armour, clearly interested, began working in conjunction with Bazemore, eagerly contacting him for constant updates on Curry’s thoughts.

When Curry’s Nike deal expired, he gave Under Armour a meeting. According to Kris Stone, senior director of sports marketing for pro basketball at Under Armour, Curry said, “You guys are doing this stuff for Bazemore. What are you going to be doing for me?”

After a disastrous meeting with Nike — in which they mispronounced Curry’s first name and recycled an old slideshow used for Kevin Durant — Curry decided to go with Under Armour. In turn, Bazemore now earns about six-figures annually from Under Armour, which also now represents his alma mater, Old Dominion University.

Losing Curry reportedly haunts Nike; meanwhile, his business could be worth $14 billion to Under Armour.

They couldn’t have done it without Bazemore.