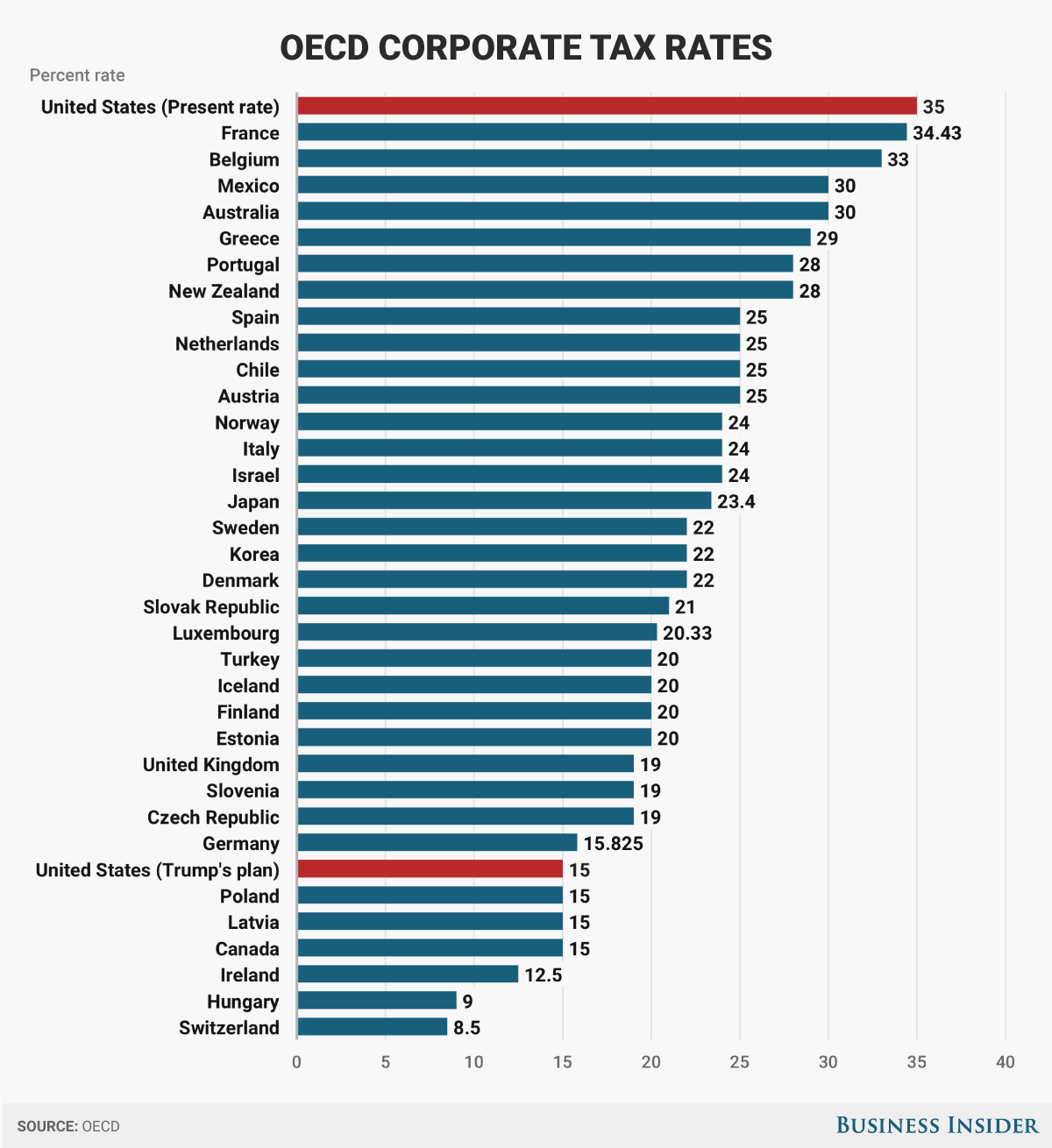 President Donald Trump is set to release his massive tax plan on Wednesday that includes slashing the corporate tax rate.

One of the biggest refrains from Trump and Republicans is the desire to make the US “competitive” globally when it comes to corporate tax rates.

The current 35% corporate rate is the highest among the 35 OECD countries (just accounting for the base level central government rate that Trump’s tax plan would cut). Under Trump’s tax plan, the US would be tied for fourth lowest tax rate of the developed nations, between Germany and Poland.

If average federal deductions and average state level taxes are included, the US would move to 15th lowest among OECD countries since many of the smaller nations do not have sub-central government level taxes, according to the OECD database.