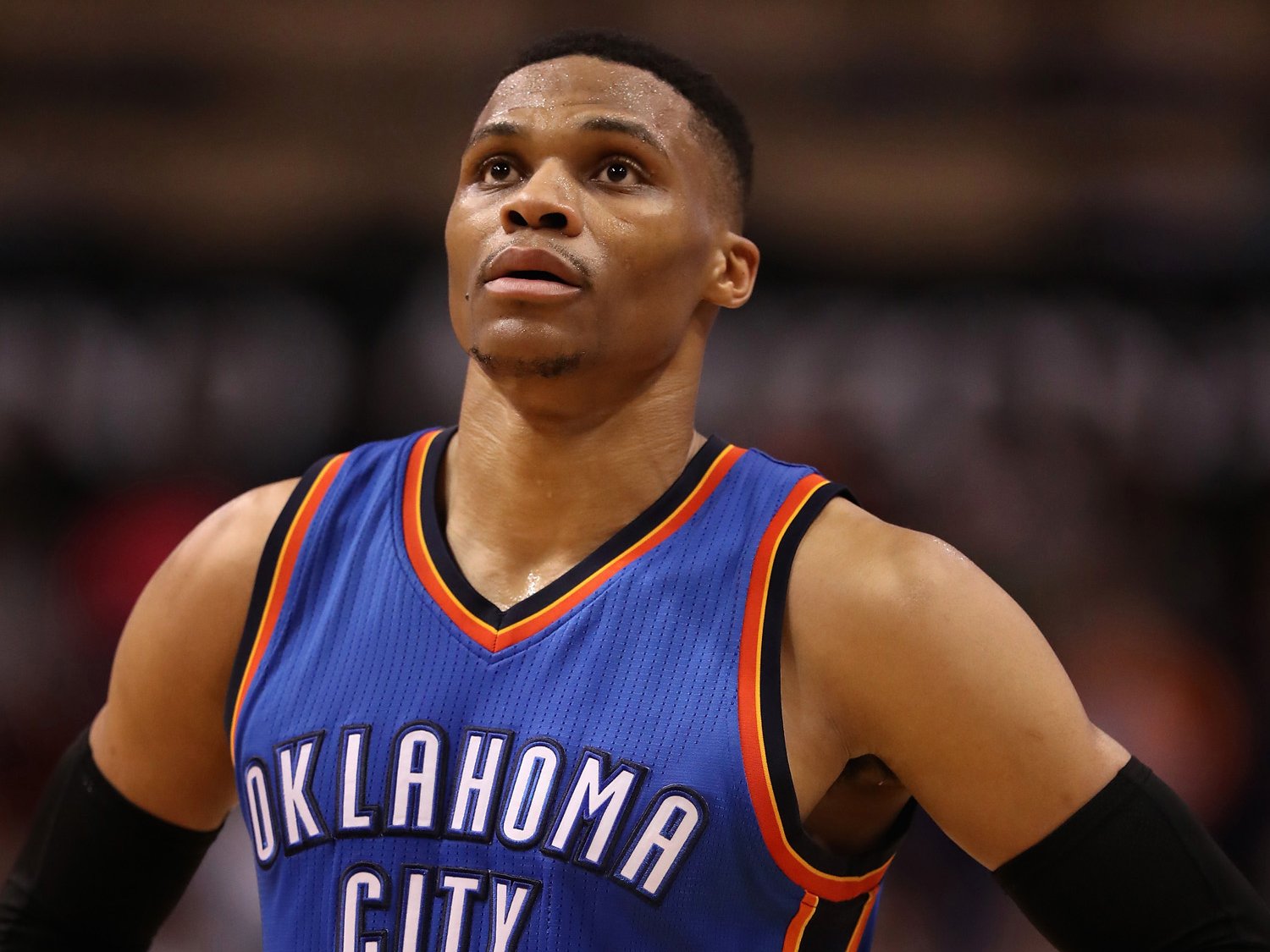 The Oklahoma City Thunder’s season ended in the exact way anybody could have expected — with Russell Westbrook exhausting himself as he tried to will his team to a win.

Despite Westbrook’s 47 points, 11 rebounds, and nine assists, the Thunder still fell short, losing 105-99 to the Houston Rockets, as Westbrook ran out of steam in the end, shooting just 2-11 in the fourth quarter, 0-5 from three.

It was a summation of Thunder’s 87 games this season — everything depended on Westbrook.

In the wake of Kevin Durant’s departure to the Golden State Warriors, the Thunder were left with little time to scrape together a roster that could fit around Westbrook. Instead, the Thunder engineered a gameplan good enough to get them 47 wins and a playoff berth — rebound, defend, and let Westbrook do his thing on offense. It worked to a degree, as Westbrook put together a historic season, averaging a triple-double.

Yet the playoffs highlighted the best and worst of that game plan. At times, Westbrook was thrilling, as in the third quarter of Tuesday’s Game 5, when he clawed the Thunder out of a 10-point hole with a frenetic 20 points on 6-of-9 shooting. Then, however, in the fourth quarter, Westbrook was spent, heaving deep threes while his teammates stood and watched him. Nobody could generate offense for themselves, nor finish looks Westbrook was able to create when he bludgeoned his way to the basket.

At the end of last season, after blowing a 3-1 series lead to the Warriors, the Thunder faced an uncertain future because of Durant’s free agency, but they also had a sensible construction. The Thunder traded Serge Ibaka on draft night for Victor Oladipo and rookie forward Domantas Sabonis. They had a stretchy, athletic, defense-oriented team around two superstars who could create baskets at will. Oladipo and Enes Kanter would be reserves who gave the Thunder’s offense some punch when Westbrook and Durant sat.

Then, suddenly, Durant was gone. As ESPN’s Royce Young writes, “The supporting pieces were selected as specialists, with specific roles in mind to complement the stars … A once deep and potent roster suddenly became thin and one-dimensional.”

It’s easy to suggest, on paper, how to improve the Thunder — surround Westbrook with more shooters and more capable ball-handlers without sacrificing their defense and rebounding. That’s not as simple of a formula as it may seem, and the Thunder’s current setup doesn’t do them a lot of favors.

Those moves have not necessarily backfired so much as they have stalled. Adams didn’t make the leaps and bounds expected after starring as a crucial defensive piece in last year’s playoffs run. Oladipo, an intriguing combo guard on the Magic for years, struggled without the ball as much in Oklahoma City and was a no-show in the playoffs. Kanter, a flawed player to begin with, didn’t play the second half of Game 5, an indication of his overall value.

Additionally, according to Young, Westbrook is due for the Designated Player Extension this summer, meaning he could sign a five-year, $220 million deal to remain with the Thunder. There’s some skepticism over whether he would accept that deal if the Thunder offer it, but regardless, Westbrook is locked in for at least one more season. Assuming he agrees to such an extension, the Thunder would have over $450 million committed to four players.

The Thunder also have to decide what to do with Andre Roberson, an elite defender but non-factor on offense, as he hits restricted free agency this summer.

There’s little cap space for OKC to work with unless they find a trade for one of Adams, Oladipo, and Kanter. Kanter would be the most likely candidate, though his value around the league likely isn’t high. Another team could ask for a draft pick in exchange, which would only further hurt the Thunder’s resources for building around Westbrook.

There’s no secret formula for team-building, and like many middle-of-the-road playoff teams, the Thunder will have to get creative if they want to get better.

While Year 1 without Durant was successful, considering how many other teams would fair if they lost a top-five player, there’s still much work to be done. Westbrook carried an otherworldly amount of responsibility this season, and it’s unfair to ask him to continue historic production in the coming years, just to get the Thunder to the first round.