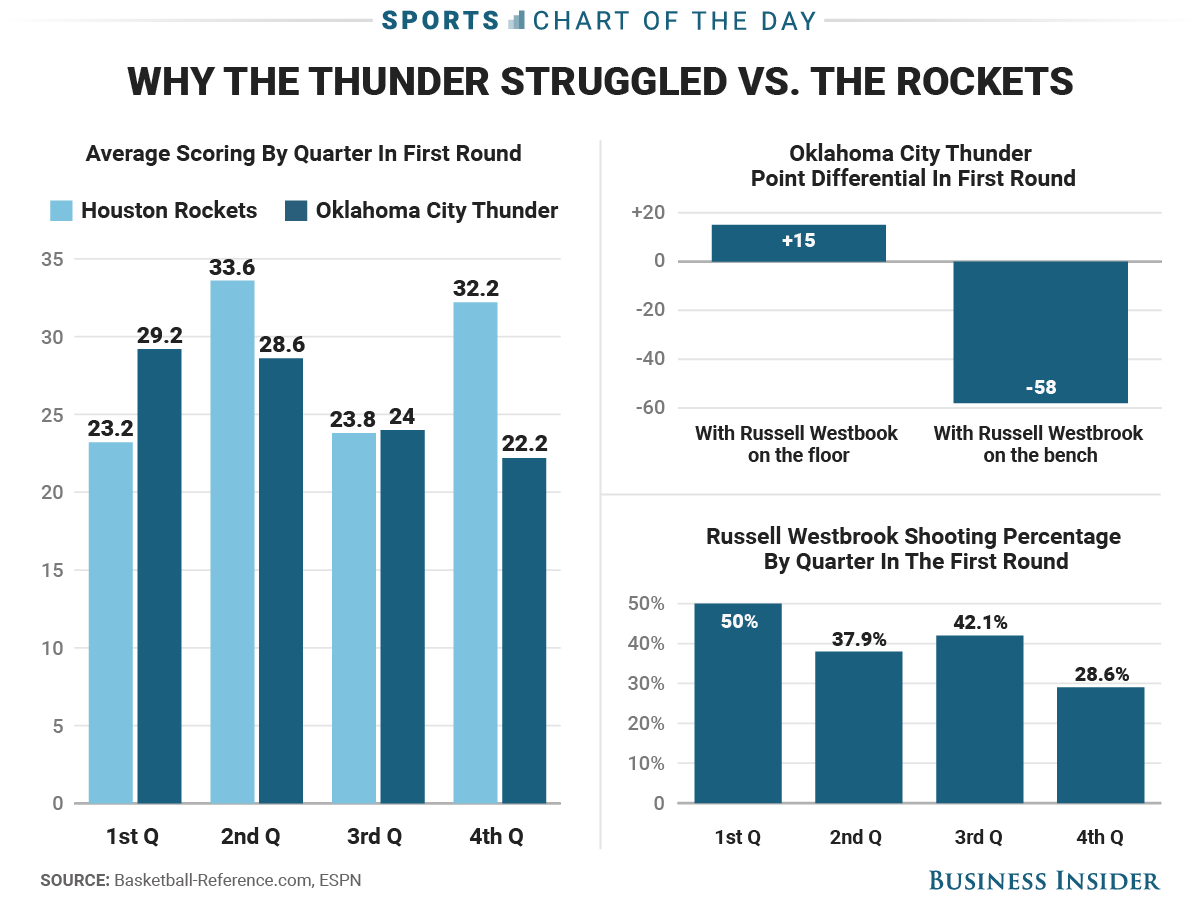 The first-round series between the Oklahoma City Thunder and the Houston Rockets came to a sudden end with the Rockets’ Game 5 win on Tuesday night.

Like several of the earlier games in the series, the key moment of Game 5 came late in the game when Russell Westbrook was on the bench. In that 2:45 stretch at the start of the fourth quarter, the Rockets went on a 14-4 run, turning a five-point deficit into a five-point lead they would never surrender.

Because of this decision, head coach Billy Donovan once again came under fire for having Westbrook on the bench at all when it was a do-or-die game. It turns out, Donovan may not have had a choice as the one thing nobody expected finally happened — Russell Westbrook ran out of gas.

Even after Westbrook’s rest in Game 5, it was clear he was tired. He missed his first seven shots and finished 2-11 in the quarter. In fact, that was the prevailing pattern throughout the series. Westbrook struggled late in games and as a result, so did the Thunder. As these charts show, the Thunder were consistently competitive for three quarters and consistently blew it late, especially when Westbrook was on the bench. SEE ALSO:Some of the latest ESPN layoffs are part of an effort to save its dying flagship program — ‘SportsCenter’