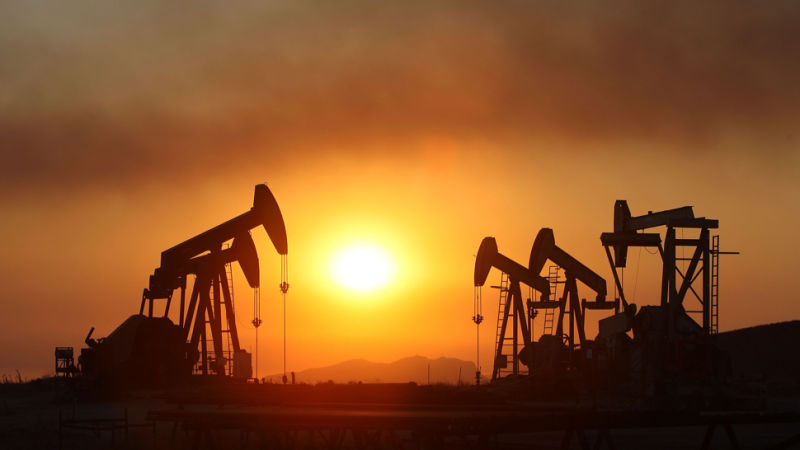 Economists and geologists and everyone and their oilman has been telling us that one day, we will hit Peak Oil. One day, we will keep looking for oil, but we won’t find anymore. One day, the demand would greatly outpace the supply. But now one of the biggest oil companies in the world is saying that’s backwards.

In fact, they’re saying will hit “peak oil” by 2030, but it won’t be because our supply of oil won’t be increasing. It’s because they anticipate demand will plummet as electric cars become more and more enticing. Joel Couse, the chief energy economist for Total S.A.—one of the biggest oil companies in the entire world—told a Bloomberg conference that yes, the end is nigh:

The surge in battery powered vehicles will cause demand for oil-based fuels to peak in the 2030s, Total Chief Energy Economist Joel Couse said at Bloomberg New Energy Finance’s conference in New York on Tuesday. EVs will make up 15 percent to 30 percent of new vehicles by 2030, after which fuel “demand will flatten out,” Couse said. “Maybe even decline.”﻿

And it’s not just Total S.A., either. The Bloomberg story notes that the CEO of Royal Dutch Shell, Ben van Beurden, has given an even more aggressive estimate, with peak oil coming in the late 2020s.

“Oh ho ho,” you say, because you talk like Santa laughs. “The electric car tax credit will eventually expire, and then we will all be driving Demon cars! The electric car will be dead. All hail oil.”

The electric car tax credit might not even matter, though. Yes, a large part of sound economics says that we reward electric car buyers with a tax credit, because we as a society want to preserve consumer choice while encouraging healthy behaviors. A portion of the reasoning behind the credit, however, was to offset the relatively high price of electric car batteries.

But as electric cars scale, the price of batteries is collapsing. Between 2014 and 2015 alone, average battery costs fell an absurd 35 percent. And a focus on an American tax credit is a bit dimwitted, since most cars over the coming decade will be sold in Asia.

If—and I know, this is a big if—raw material cost doesn’t screw everything up, electric cars might even be cheaper than cars with internal combustion engines someday soon.

Just a few years ago, the very notion of that was pretty nuts.

And since electric cars have the potential to send oil companies into a death spiral, oil companies aren’t messing around. Sure, there might be some residual oil production so that antique, legacy cars can keep going, but the big oil companies are starting to set up clean energy divisions to take advantage of the future.

Because oil’s death spiral won’t be caused by the world running out of it. It’ll be because we don’t want it.

Oil You Need To Know

The Biggest Support For Electric Cars In America Is Going Away