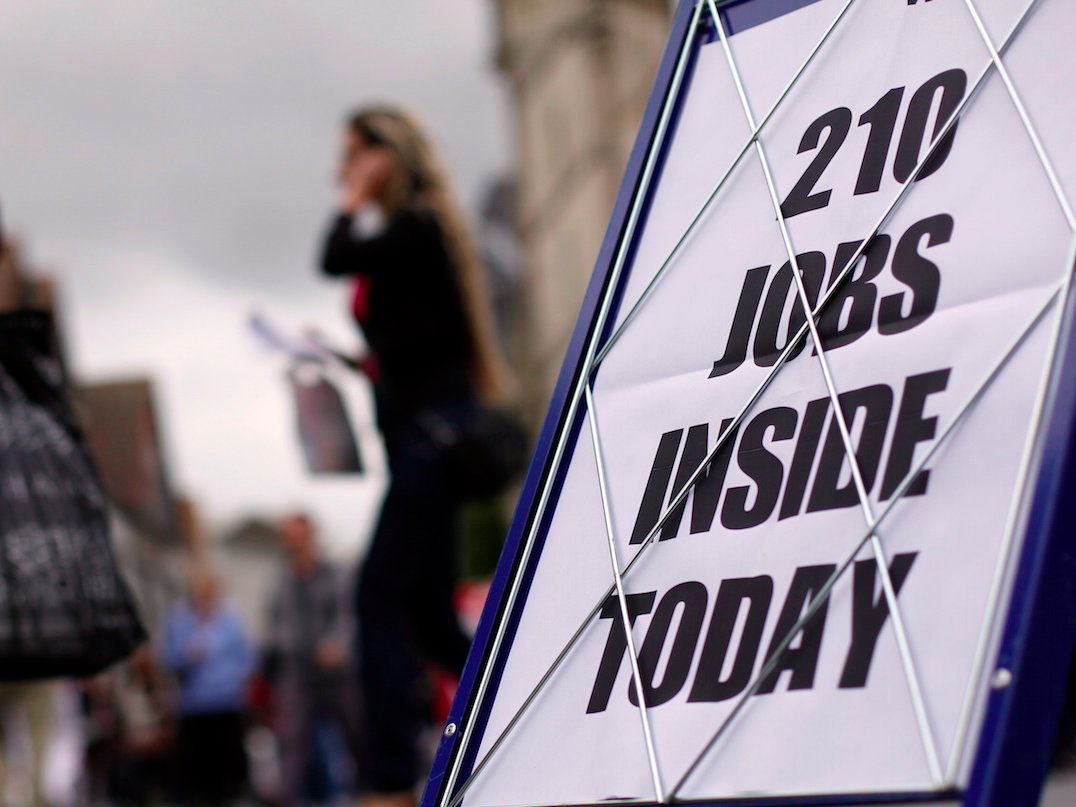 LONDON — Unemployment in the UK fell once again in March, according to the latest data released by the Office for National Statistics on Wednesday.

Headline unemployment fell was 4.7% in the month, in line with the forecasts of economists and the same as in February, but there were 45,000 fewer people unemployed, the ONS said.

According to an ONS release:

Headline employment remained unchanged at 74.6% in the month, equalling a record high set in both January and February, but not seen before that since records began in 1971. “There were 31.84 million people in work, 39,000 more than for September to November 2016 and 312,000 more than for a year earlier,” the ONS said.

Here is how March’s unemployment numbers look as part of the 40-year trend: Since the Brexit vote, various economists and financial institutions have predicted that the UK’s unemployment rate will shoot up as a result of the vote to leave.Credit Suisse, for example, predicts an increase to 6.5% for the base rate, equivalent to roughly 500,000 jobs being lost.However, the last few months have seen the rate remain near its record low and Wednesday’s figures show the trend appears to be holding up.

The Bank of England expects unemployment to rise to 5.5% once the full effects of the referendum are felt across the economy, and in January Governor Mark Carney said in a speech he believesthe bank saved up to 250,000 jobs by unleashing an unprecedented package of monetary stimulus in response to the UK’s Brexit vote.

Employment and unemployment figures may be broadly positive, but when it comes to wages, the news is less positive. Wednesday’s ONS release shows that wages grew at their weakest pace in seven months. Average weekly earnings, excluding bonuses, rose 2.2% in the three months to February, the lowest number since the immediate aftermath of the referendum last June.

Given the inflationary picture in the UK — inflation hit 2.3% last month — wage growth in real terms is now actually falling, if March’s inflation data is used. Prices are rising across the board thanks to the fall in the pound seen since last summer’s referendum, with food prices increasing particularly rapidly.

“Latest estimates show that average weekly earnings for employees in Great Britain in real terms (that is, adjusted for price inflation) increased by 0.2% including bonuses, and by 0.1% excluding bonuses, compared with a year earlier,” the ONS said.

Here is the ONS’ chart of weekly earnings growth: