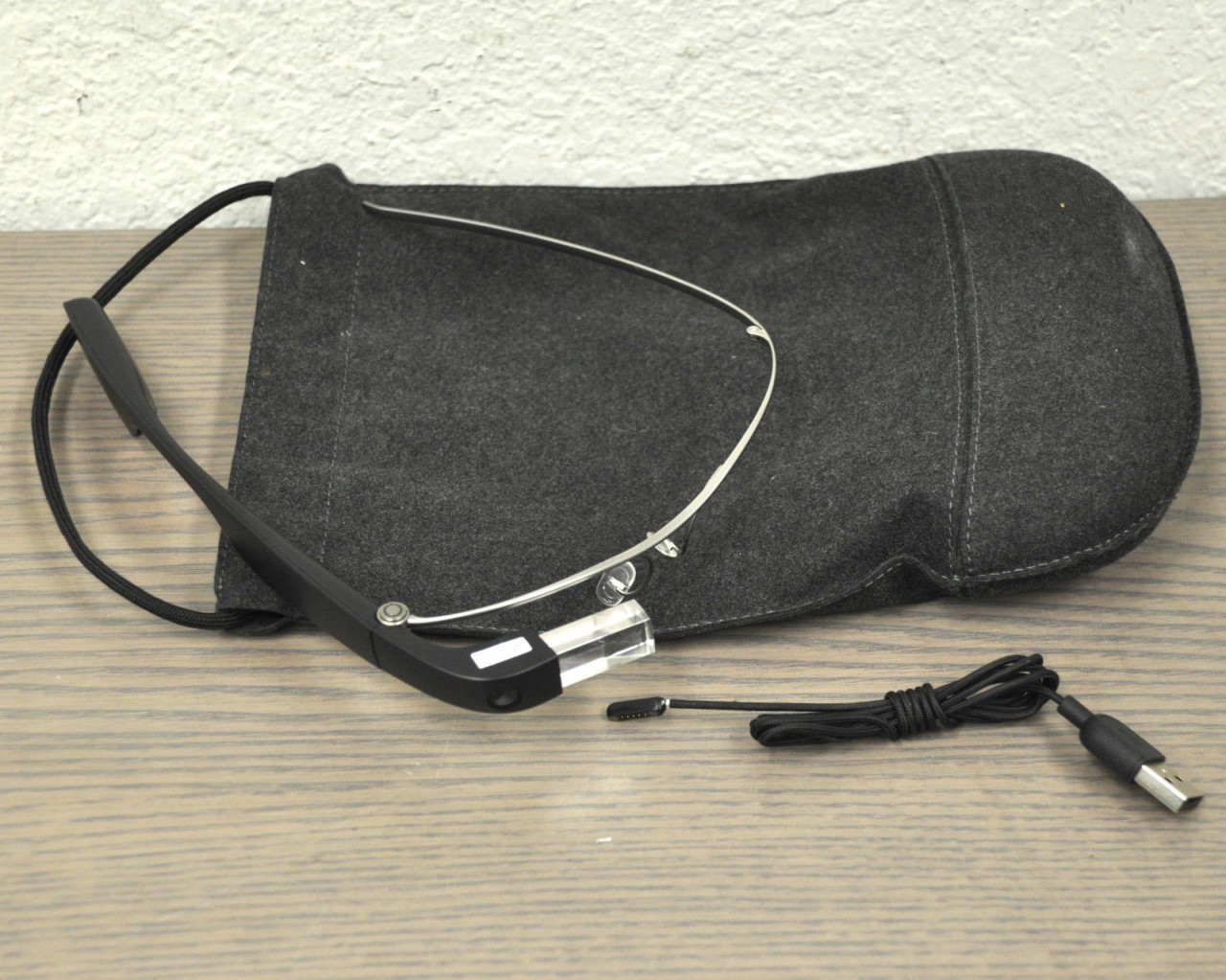 Unreleased gadgets pop up in all sorts of places these days, but here’s one you probably weren’t expecting. A Google Glass Enterprise Edition headset — which is yet to be confirmed by Google — has popped up on eBay after being sold to a San Francisco pawn shop.

Google has been relatively quiet about its plans for Google Glass since the original was pulled last summer, but lots of reports have claimed the company is working on a new wearable for enterprise customers. Now that model has been pictured for the first time.

Unlike the Explorer edition Google Glass, this model has hinges that allow its arms to fold in like they do on traditional spectacles, and a proprietary power and data connector that uses magnetic pins. It’s thought there’s also a larger display that shows more information.

Other differences, according to the rumors, are an LED light that makes it clear when Glass is recording video, a more power-efficient processor, better battery life, and support for 5GHz Wi-Fi. However, these things obviously aren’t confirmed in the photos above.

“It’s unknown how this particular Glass headset — which is likely an internal unit for testing — made it into a pawn shop’s hands,” reports The Verge. “A representative for A to Z Pawnbrokers, which has multiple locations around the San Francisco Bay Area, confirmed that it was selling the headset on eBay, but could not provide information on where it came from.”

Google will surely attempt to establish its origin, but as things stand, this Google Glass headset is still available on eBay. It has attracted 34 bids so far, with the highest being $1,575.