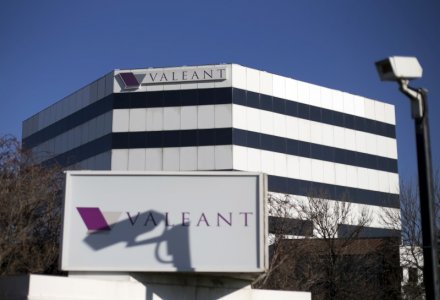 By Carl O’Donnell and Svea Herbst-Bayliss

NEW YORK (Reuters) – Drug company Valeant Pharmaceuticals Inc is under pressure from investors to introduce more transparency into its operations and expand its management ranks to regain credibility in the investment community, people familiar with the situation said.

The company is on Friday holding its first board meeting since appointing three new outside directors, the people said. It was not immediately clear whether these specific issues would be on the agenda.

The potential new measures advocated by investors include providing more details of Chief Executive Michael Pearson’s recent illness, which sidelined him for at least two months, as well as adding managers with expertise in accounting and financial controls to Pearson’s inner circle, the people said.

Valeant shares have lost 73 percent of their value since August as it faced growing scrutiny over its drug pricing and its connection to a specialty pharmacy. The company in recent weeks has delayed filing its quarterly earnings statements, disclosed a U.S. Securities and Exchange Commission probe into its business and reported the abrupt departure of several key executives.

Pearson surprised Wall Street with a sudden return to work on Feb. 29 after having been hospitalized for weeks, battling pneumonia and related complications.

The company has taken steps to reassure investors by splitting the chairman and CEO roles. This week, Valeant appointed three new board members. They include veteran mergers and acquisitions lawyer Stephen Fraidin, who is now vice chairman at one of Valeant’s biggest shareholders, Pershing Square Capital Management.

Pharmaceutical industry executive Fred Eshelman and former University of North Carolina president Thomas Ross have also joined the board. On Friday afternoon, the newly enlarged group of directors will hold a telephone meeting, the people familiar with the matter said.

Pearson has lost a significant amount of weight and needed physical therapy after weeks in a hospital bed, according to two sources who have met with him.

Several shareholders told Reuters they were worried that Pearson may have rushed his return and could fall ill again. Some are pressing for adding more accounting expertise to Chief Financial Officer Robert Rosiello’s office, as well as enhancing the company’s legal team and filling a vacant comptroller post.

Valeant is due to release preliminary fourth quarter earnings next week, but has not said when it will file its annual report.

Pershing Square’s William Ackman said publicly this week he expects the clouds over the company will lift in the coming weeks and called it a valuable asset. But he added that if Valeant’s management doesn’t stabilize the situation there are options, including bringing in new leadership or selling the company.