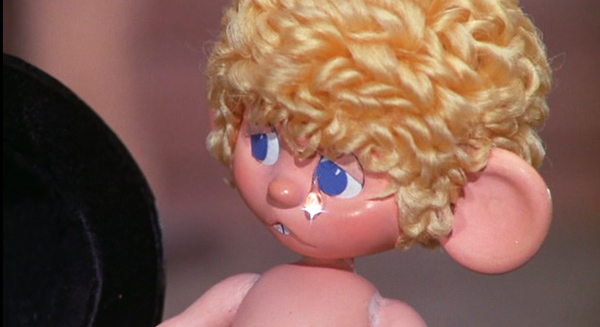 Alright! Welcome to 2016! Before we begin, let’s recap last year and see how I did.

And with that, this year’s resolutions! They’re slightly more gaming specific and less simply related.

Find the center of No Man’s Sky

No explanation really needed, I guess. Why change gears now? If the game launches in 2016, I’ll be finding the center in 2016. The only difference is that my taste for open-world games is growing more and more sour by the month, so I’ll need to muster up a lot more patience than if this game had been released in 2015.

No Man’s Sky promises to revolutionize how we approach open-world games, and I can’t wait. I’m so bored with how we’re doing it now that we need something to really shake it up. Please! Show us the way, Hello Games!

Don’t worry, I’ll come up with something new for 2016. However, this is another carry-over from 2015 that I feel needs to be done. Why is that? Because I put so much time complaining about not getting Dragon Quest VII in English for all those years that anything less would not justify all that angry typing.

I have a lot of hopes for this game, and I intend to play it for all that it’s worth. Fans of the original have easily sunk over 100 hours into it, and with the amount of time I spend on trains throughout the Japanese countryside these days, I suspect that it will take about two months at the most.

I’m fine with that. I love Dragon Quest, and I can’t wait to lose myself in its fantastical setting. I love the timeless approach it takes to JRPGs, I love its art style, and I love how it tells charming little vignettes instead of grand, epic tales. Dragon Quest VII takes this even further with the vignettes uncovering entire continents lost to history and vast expanses of its ocean.

Unless something else equally epic comes out for the Nintendo 3DS or PS Vita in 2016, which doesn’t seem to be the case, this one should be no problem. But then… Shin Megami Tensei IV: Final… Fire Emblem Fates… Bravely Second: End Layer… maybe Dragon Quest VIII. Oh no…

Wallop Dark Souls III and rise to the top once again

As much as I love Dark Souls and Bloodborne, I haven’t beaten them. I have taken huge chunks from their playtime, but to date, Demon’s Souls is the only game in From Software’s franchise that I have toppled from beginning to end. I’d love to go back and give them both another shot, but I just don’t have the time anymore to play such massive games on a whim. It sucks!

At least I can justify doing it for Dark Souls III as “work.” The game is already a contender in the minds of many for Game of the Year status, and I’ll need to play it in order to cast an honest vote as a “Yes” or a “No.” When I play these games, I play them very thoroughly, and progress is simply too slow to spend a month or two on. However, I refuse to compromise myself, and I will play the game as I see fit, not succumbing to the pressures of meeting a deadline.

Knock out a few games in my Ys backlog

I have the biggest crush on this series. Recently, I’ve been attracted to JRPGs with origins from the offbeat systems. Lunar, which comes from the SEGA-CD, Grandia and its Saturn and Dreamcast origins, and a lot of those weird games that Working Designs used to translate from the TurboGrafx and what not. Ys is not only a franchise that comes from ancient Japanese home computers we never saw in the States, it still exists today and even has a game scheduled for release in 2016!

I’ve played a few of them, but there are still plenty of adventures to go on with protagonist Adol Christin… or should I say, islands to be shipwrecked on. I need to rummage through a few more games before I can call myself an expert.

Luckily, the games move at a brisk pace, they aren’t exceptionally long, and I own all of them as of this latest Steam sale. Shouldn’t be too hard to knock this one out.

Please, Nintendo! Is 2016 finally the year?! Let’s see it happen! Whether it’s on the Wii U or NX, I don’t care! I need the next Zelda game!