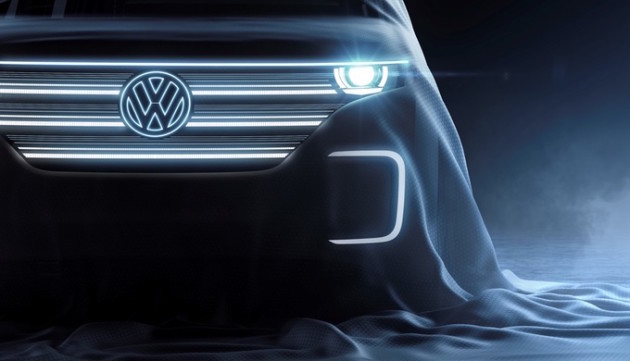 Early buzz has been focused on Chevy’s Bolt heading into CES 2016, but it might be Volkswagen’s EV Microbus concept that steals the show. The German-based automaker has been teasing the new vehicle for weeks now, and we’ll finally get an officially unveiling next week. How do I know? The company’s Twitter account said so.

VW’s Microbus is rumored to be a long-range EV, reviving an old legend as a car for the future. Volkswagen’s bus is long seen as the vehicle of choice for surfers, travelers, adventurers, families—you get the idea—and bringing this old dog back is about the best thing the automaker can do amid its diesel scandal.

That said, the EV Microbus will (for now) be nothing more than a concept, so don’t get your hopes up just yet about owning one. Considering how VW needs to refresh its image, I wouldn’t be surprised to see production models hit a few years down the road. We’ll get all the juicy details at CES next week.

Premiere at #CES in Las Vegas: Latest display and control concepts will be unveiled #VWCES2016pic.twitter.com/iVVPtpfzVg