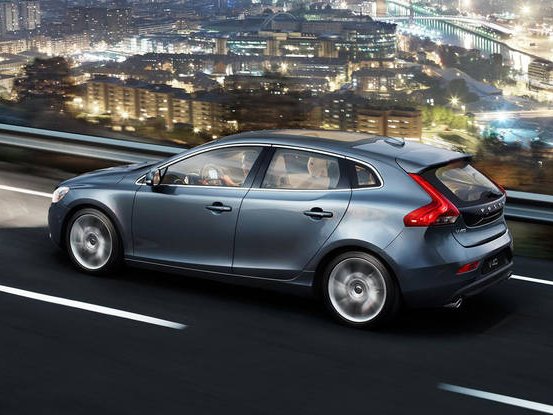 Volvo’s renaissance in the US is in full swing.

The once-hobbled Swedish car company now has a brand-new SUV in the XC90 that went on sale last year — and a new luxury sedan in the S90 that will hit dealers this fall.

But Volvo, arguably, is best known for its wagons.

We saw the debut of the V90 wagon last week. It’s a large family hauler reminiscent of Volvo’s early prime — a time when, as Business Insider’s Matt DeBord put it — the “back seats were adorned with old wool blankets, dog hair, lacrosse sticks, and thermoses of homemade hot chocolate.“

Now, it appears as though Volvo wants to recapture some of that magic that Volvo loyalists love by bringing to the US another wagon — the compact V40.

The V40 is small, and more akin to being called a 5-door hatchback, but according to reports from Motor Authority and Autoweek, a new version is headed stateside. There are existing V40s tooling around overseas, and they’ve been updated with Volvo’s latest design language, including the now-famous “Thor’s Hammer”-style daytime running lights. The redesigned V40 that’s destined for the US is expected to sit on Volvo’s Compact Modular Architecture (CMA), which is a variation of the automaker’s scalable platforms that were adopted with its new generation of vehicles.

The V40 will likely compete with other European 4-door hatchbacks in this segment, including the Audi A3 Sportback and the MINI Cooper 4-door.

NOW WATCH: This futuristic BMW has no mirrors