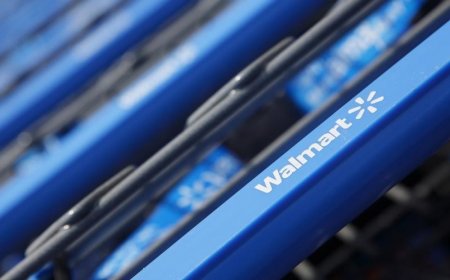 (Reuters) – Wal-Mart Stores Inc said it will build a dairy processing plant in Indiana to supply private-label milk to about 600 stores, curtailing business with some suppliers in the retailer’s sole foray into food processing in the United States.

The move – announced by Wal-Mart on Friday but not widely reported by media until Tuesday – helped spark a 12 percent slide in shares of Dean Foods Co , one of the suppliers of milk to the affected stores.

In a securities filing on Tuesday, Dean Foods said the change by Wal-Mart could lead to the loss of 100 million gallons of “very low-margin private-label fluid milk volume” from late 2017. It said it did not expect any impact on the supply of its own national brands and would not be material on its results.

Wal-Mart confirmed that Dean Foods would continue to supply milk for its Great Value and Member’s Mark private label white and chocolate milk to other Walmart supermarkets and Sam’s Club membership-based wholesale stores. The retailing giant is the largest grocer in the U.S. with more than 5,000 locations.

The move comes with Wal-Mart’s profits weighed down by costs to increase wages and invest in its e-commerce operations. The retailer is also facing tough competition from Kroger and other national and regional grocery chains and has recently ratcheted up pressure on suppliers to help it lower costs.

“This is a smart investment that enables us to aggressively manage costs, keep prices low for our customers and remain competitive with the majority of major grocery chains already bottling their own milk,” said spokesman John Forrest Ales.

Wal-Mart said it would build a more than 250,000 square foot milk processing plant in Fort Wayne, Indiana, creating more than 200 jobs. Due to come on-line in the summer of 2017, the plant will supply milk to stores in Indiana, Illinois, Michigan, Ohio and northern Kentucky, the company said.

Eliminating intermediary suppliers would likely give Wal-Mart greater control over input costs and more closely align it with other grocery chains like Kroger and Texas-based H-E-B that have already set up their own milk processing plants.

The shift also dovetails with Wal-Mart’s strategy of boosting its private brand offerings as a way to better compete on price, although the company said it did not have any plans for additional milk or food processing plants.

(reporting by Nathan Layne in Chicago; Editing by Bernard Orr)