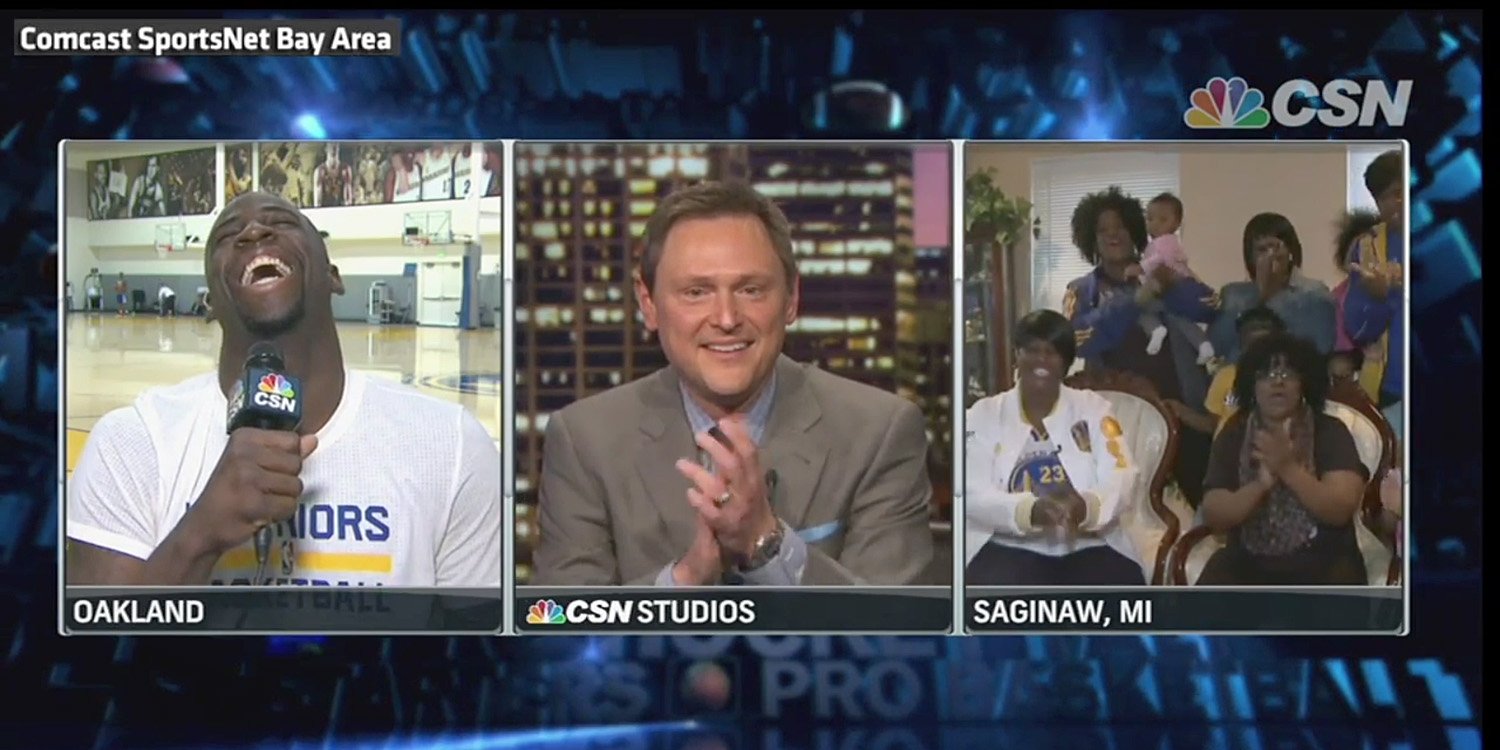 On Thursday night, the NBA announced the reserve players for the NBA All-Star Game.

The Warriors will have three All-Stars for the Western Conference, with Draymond Green and Klay Thompson earning votes from the coaches to be reserves.

Green, a first-time All-Star, was informed by his mother during an interview on TV.

CSN Bay Area was doing an interview with Green, when they brought in his mother, via telecast, to tell him he made the All-Star game before the reserves were announced. Green couldn’t see her, however, and was clearly baffled when his mother started speaking to him.

When she delivered the news, Green cracked up and asked, “How does she know this and I don’t?”

Later on in the night during TNT’s “Inside the NBA,” they asked Green how he found out he was selected to the All-Star Game. As great as the live reaction was when he learned of his selection, his explanation afterward was even better.

Green said making an All-Star Game was his life-long dream and he never expected to do it. He said he almost cried when his mother told him, but had to hold it in for a great reason.

Green is, of course, referring to the photo of Michael Jordan crying, which became one of the biggest internet memes of recent memory. Here is one example:

Green’s rise from a second-round pick to the linchpin of the dominant Warriors to an All-Star has been exciting to see. Watching him learn of his selection to the All-Star Game was almost as great.