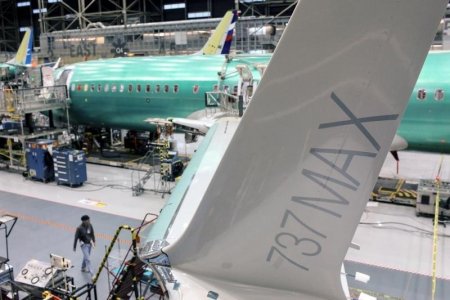 (Reuters) – Boeing Co’s latest jetliner, an update of its best-selling 737 model, was due to take off as scheduled on Friday morning, the company said.

The first flight of the 737 MAX, was expected between 9:30 a.m. and 10 a.m. PST, slightly sooner than expected to “stay ahead of bad weather,” Boeing said.

The 737 MAX has new and other refinements that improve fuel efficiency. Boeing has sold 3,072 of the planes and is racing to sell more as it battles for market share against rival Airbus’s competing A320neo, which earlier this month was delivered to its first customer.

Boeing is expected to deliver its first 737 MAX to customers in 2017.