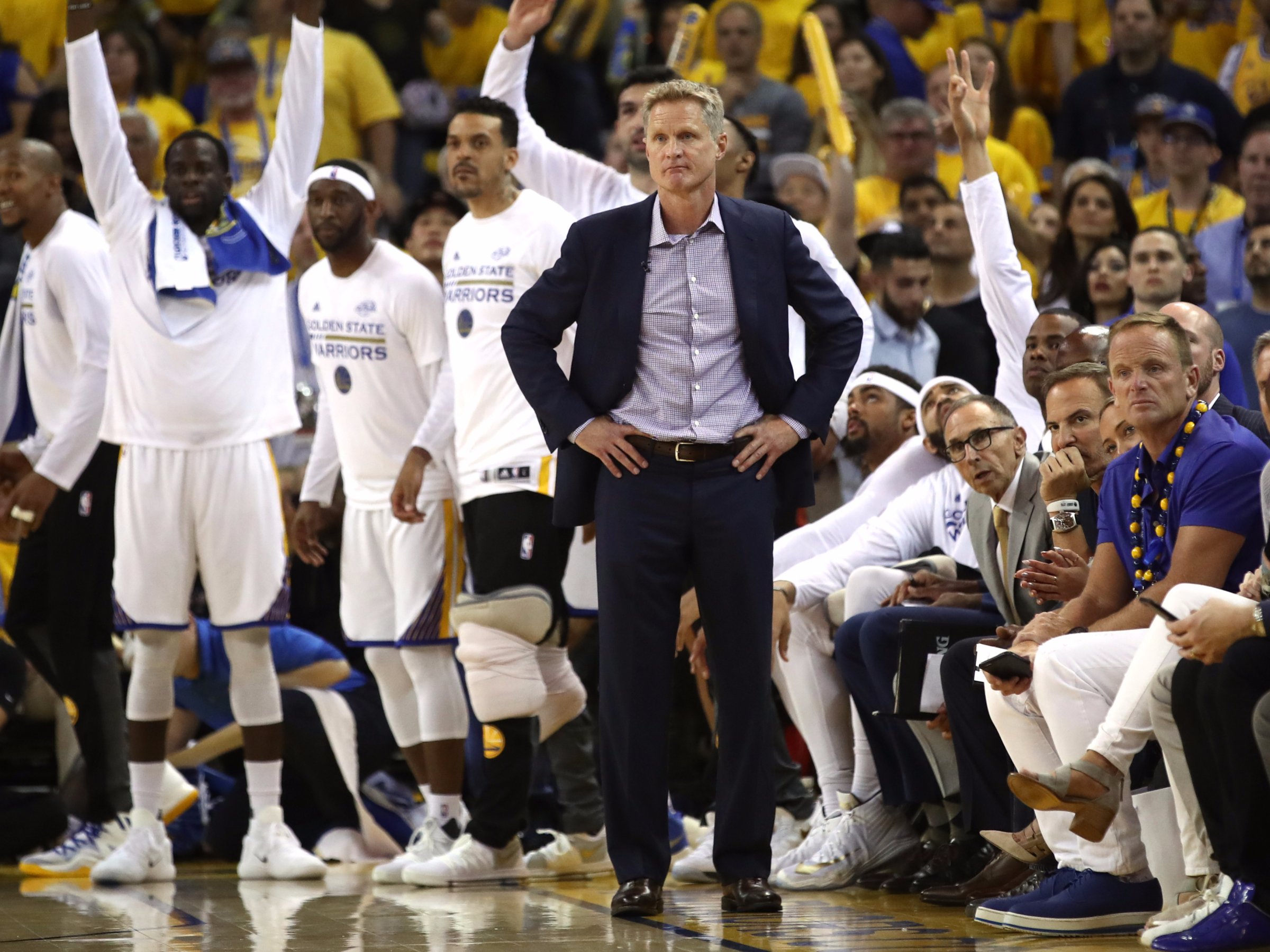 Sunday night’s Game 2 of the NBA Finals marked an emotional return to the bench for Warriors head coach Steve Kerr.

The reigning coach of the year had been absent since Game 3 of the Warriors first round series against the Portland Trail Blazers due to pain and discomfort caused by complications from a back surgery he underwent two years ago. Assistant Mike Brown had taken over head coaching duties during his absence.

There was concern that Kerr would miss the entirety of the playoffs, but Sunday night Kerr was back on the sideline leading the Warriors in their march toward the championship, telling media “The intention is to coach the rest of the series. I’m in it for the rest of the way.”

During lineup announcements Sunday night in Golden State, the Oracle crowd gave Kerr a standing ovation, and the loudest applause of the pregame ceremonies. Kerr acknowledged the crowd, wearing a look that made it clear he was humbled by the reception, and happy to be back home.

Kerr also received a warm welcome from the visiting team, with Cavaliers head coach Tyronn Lue telling SFGate before the game, “It’s just great to see him back. Steve Kerr is a guy I respected even before he started coaching. I just like who he is as a person, and throughout the course of the playoffs I’ve checked on him, and we text and talk. So it’s good to have him back over there.”

Before tipoff, Lue met Kerr as he walked out of the home team’s tunnel, and was the first man on the court to welcome him back.

Additionally, LeBron James made a point to stop by the Warriors sideline and wish Kerr well.

Game 2 ended up being a happy homecoming for Kerr, as the Warriors took a 2-0 lead in the series with a 132-113 victory with the help of a 33-point performance from Kevin Durant and a Steph Curry triple-double.

The NBA Finals head to Cleveland for Game 3 Wednesday night.