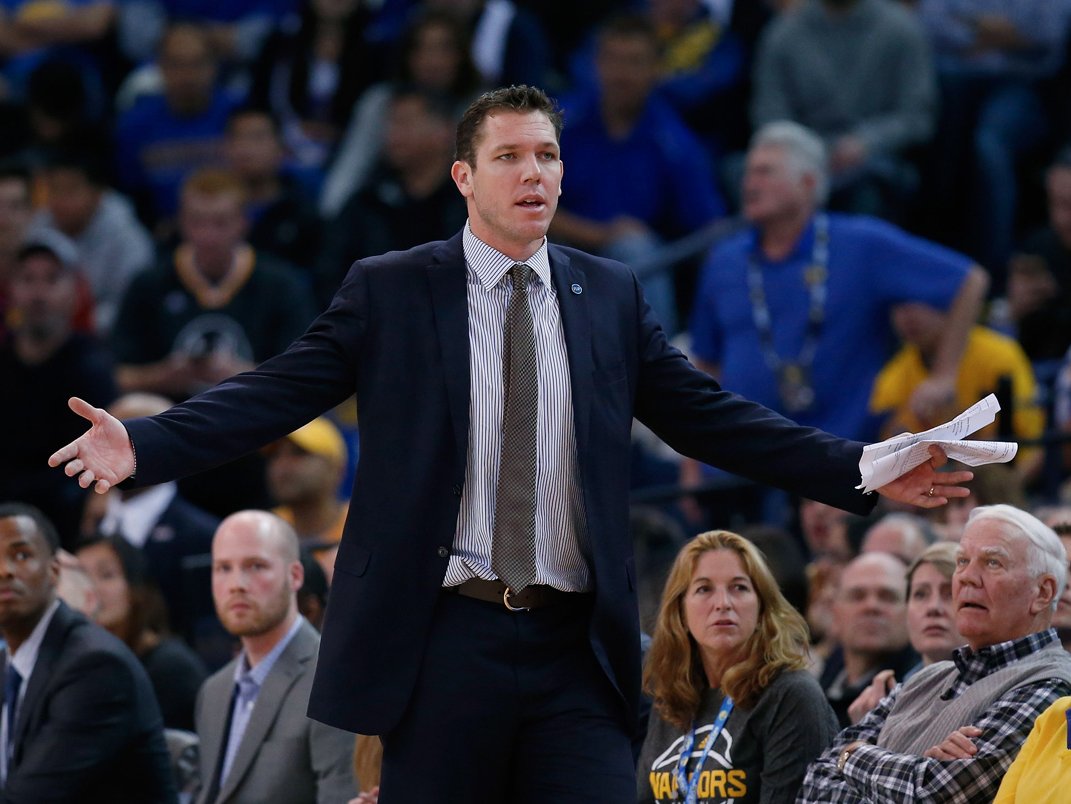 After missing nearly five months to recover from offseason back surgery, Steve Kerr returned to the Golden State Warriors on Friday.

He finds them in good shape, too, as they’re first in the Western Conference with a 39-4 record.

Some of that is due to assistant coach Luke Walton’s performance as the Warriors’ interim coach since September.

Walton is only in his second year coaching, yet with Kerr out, he filled in more than capably, guiding the Warriors to a record-setting 24-0 start, on pace for an NBA record 74 wins.

And amazingly, none of it will count on Walton’s official record.

So, to reiterate: Steve Kerr’s official regular season record as head coach of the Warriors is 106-19. Luke Walton’s is 0-0.

As the NBA clarified in December, wins and losses are credited to head coaches, thus the Warriors’ wins and losses go on Kerr’s record. Walton did earn Coach of the Month honors in November, and he seemingly would have been eligible for Coach of the Year had Kerr been unable to return this season.

The latter becomes a puzzling case, too, as the season goes on. The Warriors are the best team in the league, and should that hold up, there’s a strong case that their coach should be credited with Coach of the Year. Yet, Kerr is returning almost exactly at the mid-point of the season. At the end of the year, would Walton or Kerr be credited with the Warriors’ fantastic season? There are plenty of deserving coaches, but it will be a story to watch when voting takes place at the end of the season.

For now, Kerr is back in charge, and Walton will undoubtedly be a top coaching prospect when the season’s end.