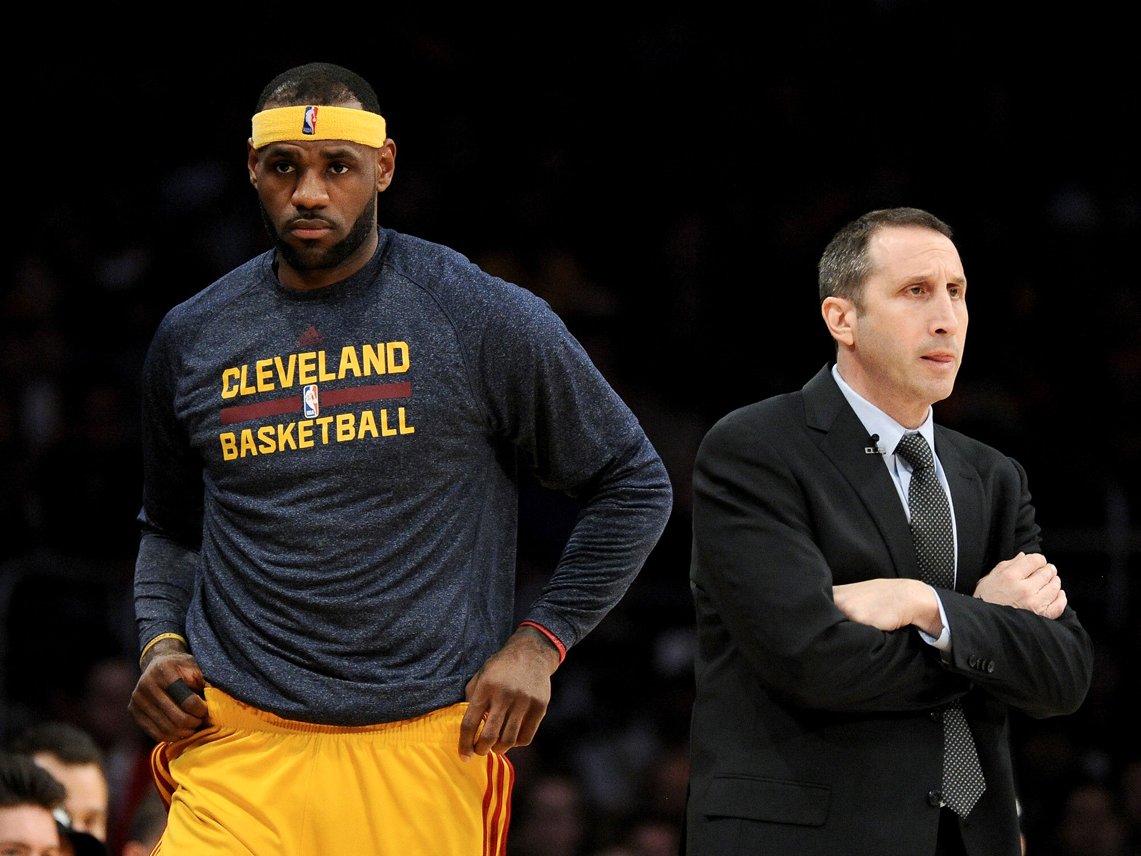 The Cleveland Cavaliers made the shocking move of firing head coach David Blatt on Friday after less than two seasons as head coach.

While the move comes as a total surprise, given the Cavs are coming off a Finals appearance and currently sit at 30-11 in the first place, the writing was on the walls in some sense.

Blatt never appeared to have a harmonious relationship with LeBron James.

Since last season, there have been numerous reports about the friction between LeBron and Blatt, many of them indicating that LeBron didn’t necessarily respect Blatt. LeBron frequently calls his own plays during games, and an ESPN report after the Finals said that LeBron “emasculated” Blatt by often going over his head, calling his own plays, and non-verbally showing disapproval over Blatt’s coaching.

However, in wake of the firing, two reports have said LeBron wasn’t consulted about Blatt’s dismissal:

LeBron James was informed of the decision to fire David Blatt today, he was not consulted on decision sources said

LeBron James had “no idea” that this was coming and was not consulted. He “found out with the rest of the team”, according to a source

The NBA world largely views these reports as an organizational cover-up for LeBron. And that certainly isn’t to doubt Windhorst or Vardon’s reporting or credibility; rather, there’s significant reason to believe that LeBron was probably involved in the decision to some degree.

Take, for instance, the aforementioned play-calling. Early in the season last year, it was already clear that this was James’ team. Blatt was hired before James returned to Cleveland, but after James did return, the pressure to be competitive mounted infinitely.

There were numerous Vines of James taking over huddles while Blatt watched, and James would frequently disagree with Blatt in the media. Yahoo’s Adrian Wojnarowski described Blatt and LeBron as “co-coaches.”

There’s also LeBron’s immense control over personnel. In some ways this has been outright expressed. LeBron admitted last season that the Cavaliers’ made their huge trade with the Knicks for Iman Shumpert and J.R. Smith because LeBron approved it. Upon signing with Cleveland in the summer of 2014, LeBron essentially orchestrated the trade that brought Kevin Love to Cleveland because LeBron wanted to play with him.

LeBron’s say in personnel decisions can also be reflected in his contract status. James is repeatedly signing one-year deals because he can a. make more money, and b. put pressure on the Cavs to keep improving the team. The Cavs are scared that should they fail to please him, LeBron will leave again in free agency.

There were reports last season that LeBron wouldn’t re-sign with Cleveland until all of their key players were re-signed — Love, Shumpert, Smith, and Tristan Thompson. That proved not to be true, as James signed before Thompson, but many felt that LeBron’s friendship (and agent) played a big part in the Cavs re-signing Thompson to a five-year, $82 million after a three-month standoff.

There’s also the matter of Cleveland’s new head coach, Tyronn Lue. Wojnarowski reported that James has wanted Lue as a head coach for a long time.

In those same awkward huddles last season, LeBron was often seen talking to Lue while Blatt was forced out. Windhorst reported last season that Lue was often calling timeouts over Blatt’s head. There was also an awkward moment last season when Lue had to stop Blatt from calling a timeout in the playoffs when Cleveland was out of timeouts. Had he not stopped Blatt, the Cavs would have been assessed a technical and likely would have lost the game. Some reports have indicated that James wanted a coach with previous NBA playing experience — Lue played 11 seasons in the NBA.

All of these things point to LeBron having some knowledge of Blatt’s firing. The Cavs are an organization that caters to LeBron’s will, and while there are benefits and disadvantages to that, it’s hard to believe they’d make such a monumental decision without consulting James on it at all.