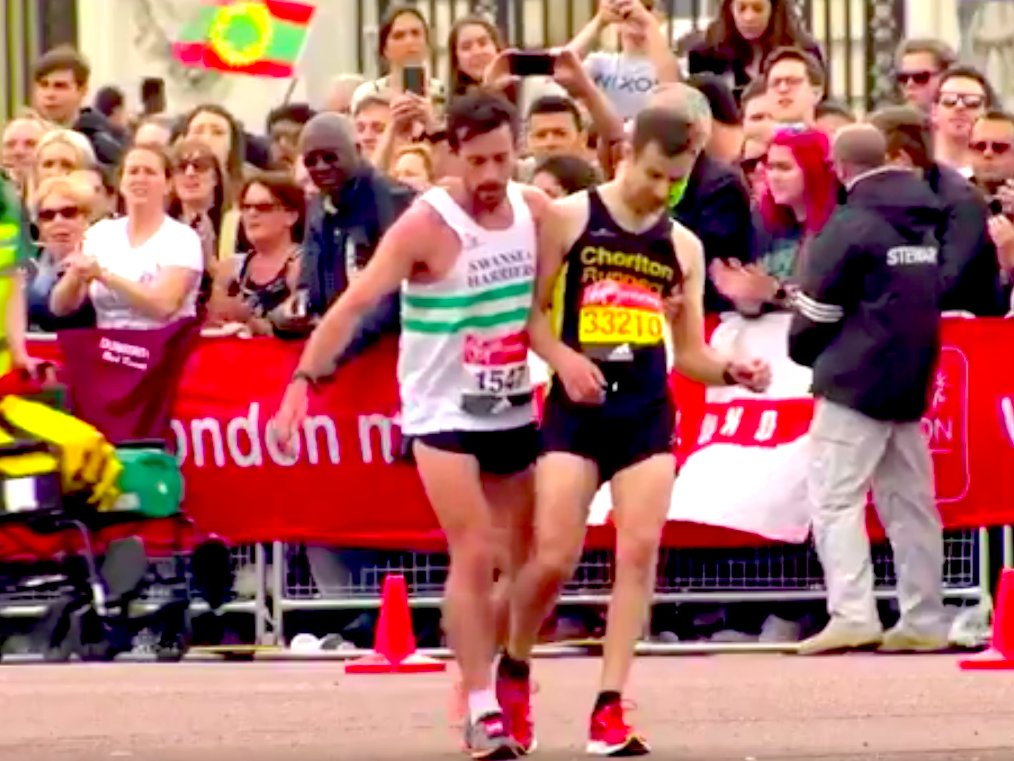 This could be the moment the 2017 London Marathon is remembered for.

Selfless competitor Matthew Rees, who was representing Swansea Harriers running club, gave up his own race to help an exhausted fellow runner over the line.

With just metres to go to the finish line, Rees scooped up David Wyeth — who was visibly shaky on his feet — and encouraged him over the line. The pair were later aided by a race steward.

The moment was captured on the BBC’s coverage of the London Marathon and BBC Wales tweeted a clip, which showed Chorlton Runners’ Wyeth complete the 26-mile event.

👏 This is incredible! Swansea Harrier Matthew Rees helps a struggling runner cross the line at the #LondonMarathonpic.twitter.com/Fg83sBfpoo

Prince William and Prince Harry were in the crowd to witness the moment, with both applauding the competitors over the line. Swansea Harriers tweeted that it was “so proud” of Rees.

Congratulations Matt!Embodying the spirit of the @LondonMarathon helping another athlete over the finish line #proudpic.twitter.com/mr37vdfy7W

The message was echoed by the race’s organisers.

Matthew Rees, of @SwanHarrierDev, you’ve just encompassed everything that’s so special about the #LondonMarathon. We salute you. 👏👏 pic.twitter.com/86Ql4LLBEa