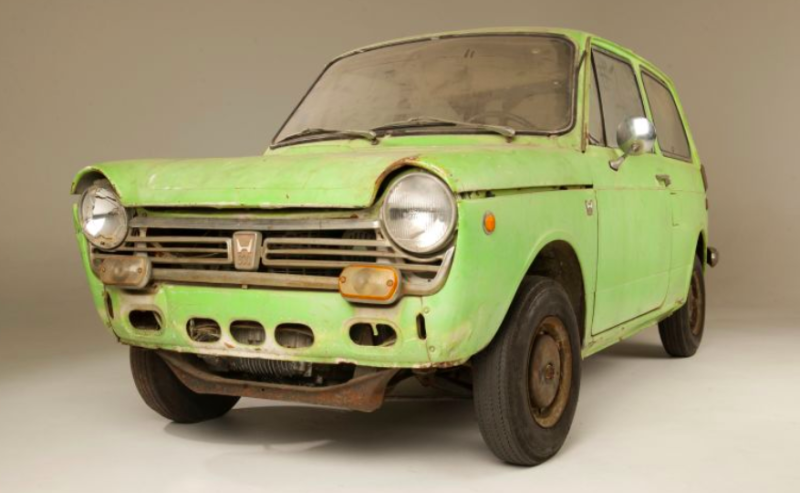 American Honda Motor Co. turned 60 this year, and to celebrate, the company released a documentary that not only shows the captivating restoration of the very first Honda car brought to the U.S.,a 1967 N600, but it also describes Honda’s fascinating history in the daunting home of The Big Three.

The story of how Honda got its start is one of the most interesting tales in automobile-dom, beginning with Soichiro Honda, the son of a blacksmith, using the Japanese Imperial Army’s World War II radio generator engines to power bicycles like the one below. Thus, the Honda motorcycle was born.

It wasn’t until the late 1950s and early 1960s that Honda set up shop in the U.S. and sold motorcycles that ditched the “tough” image that bikes had in the States, in favor of the marketing tagline of “You Meet the Nicest People on a Honda.” And it wasn’t until about a decade later that the company got into cars, and then in the 1970s really got into a groove when it managed to sell fuel efficient, clean cars in the wake of a fuel crisis that brought major U.S. carmakers to their knees.

When Honda Gave GM One Of History’s Most Amazing Smackdowns

This is a story of hubris, determination, emissions, an Impala, and, of course, the amazing…

But before the Honda car boom, the plucky motorcycle company brought 50 examples of 1967 Honda N600 sedans to the U.S. to use as test vehicles as Honda’s ambitions to become a major player in the automotive space grew. Of those 50, only three preproduction cars survived, according to Hagerty, and the very first—serial number N600-1000001—received an extensive restoration by legendary California-based Honda 600 restorer Tim Mings back in 2016.

The whole thing was apparently commissioned by Honda and documented on video, so if you’d like to see the innards of the very first Honda car in the U.S., check it out:

The N600’s motorcycle roots become clear as Mings tears into it; the engine is a tiny 600cc, aluminum, air-cooled twin with roller crankshaft bearings. And just look at how small the little body is (the whole car weighs only about 1,100 pounds!).

At one point in the documentary, the N600 appears to fall off the jack stands, and Ming doesn’t even seem concerned.