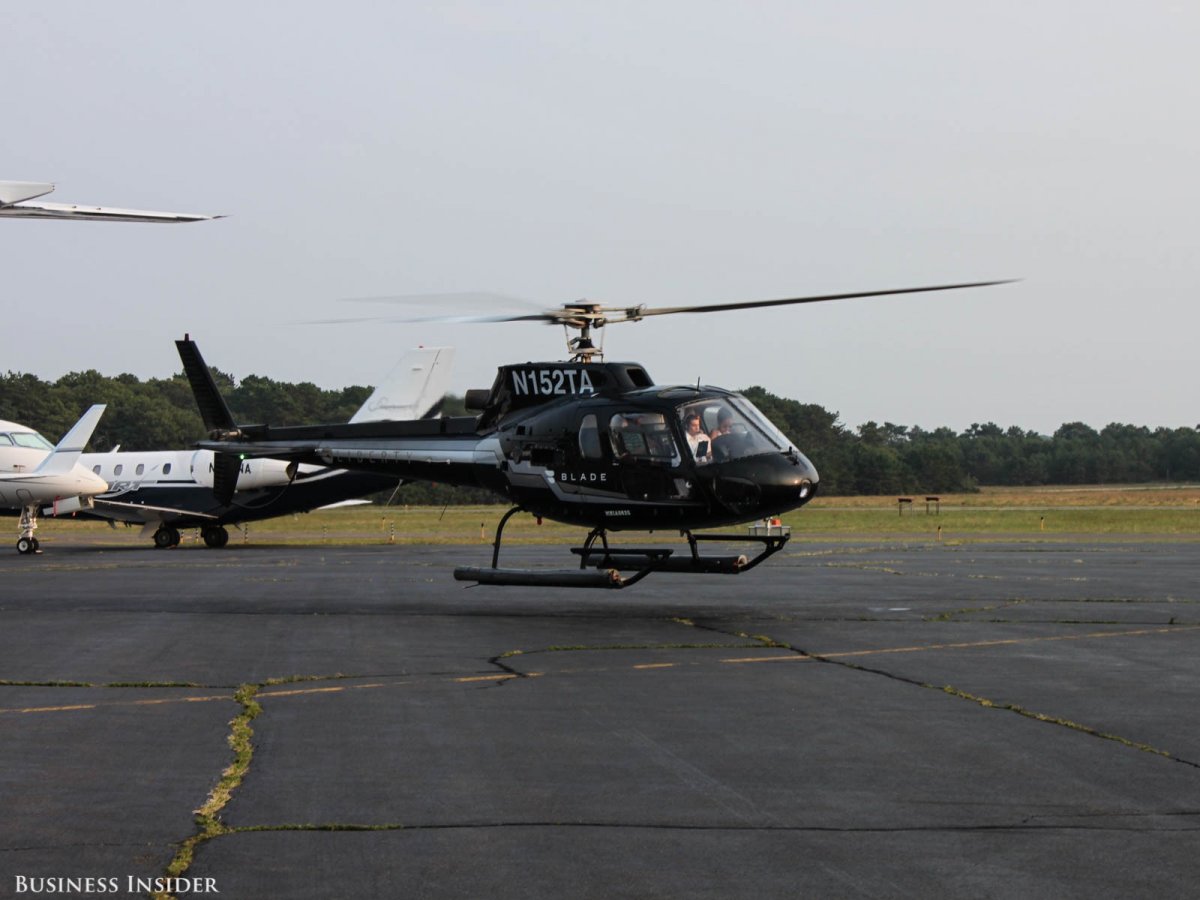 Getting to the Hamptons can be a real drag, especially over big holiday weekends like Memorial Day.

Blade, an aviation startup cofounded by former Sony and Warner Music Group exec Rob Wiesenthal and GroupMe cofounder Steve Martocci, aims to make it a little easier on you.

Blade uses an app to crowdsource flights on helicopters and seaplanes that you can book seats on in an instant. Rather than have you spend hours on a slow train or in a cramped car, Blade’s flights promise to get you out to the Hamptons in just 40 minutes.

Though Blade started out with flights to the Hamptons, which remains its most popular destination, the startup has expanded to offer flights in many weekend getaway spots, including Nantucket, the Jersey Shore, and around different parts of Los Angeles. You can even snag a seat on a helicopter going to one of the New York area airports, a five-minute ride the company calls Blade Bounce.

Tickets range from $494 to $695 for a trip from Manhattan to the Hamptons, Blade’s most popular destination. For a few hundred dollars more, you can do a custom charter flight to a destination of your choice, and you can even choose to fly on a faster aircraft if you’d like. A one-way ticket on Blade One, the company’s private jet service from New York to Miami, costs about $2,200.

Socialites, celebrities, and elite businesspeople are catching on — Laura Prepon, Jon Hamm, and Olivia Palermo are just a few of the big names that have been spotted in one of Blade’s luxury lounges in Manhattan. The company’s investors include Kenneth Lerer, Discovery Communications’ David Zaslav, Google’s Eric Schmidt, IAC’s Barry Diller, and iHeart Media’s Bob Pittman.