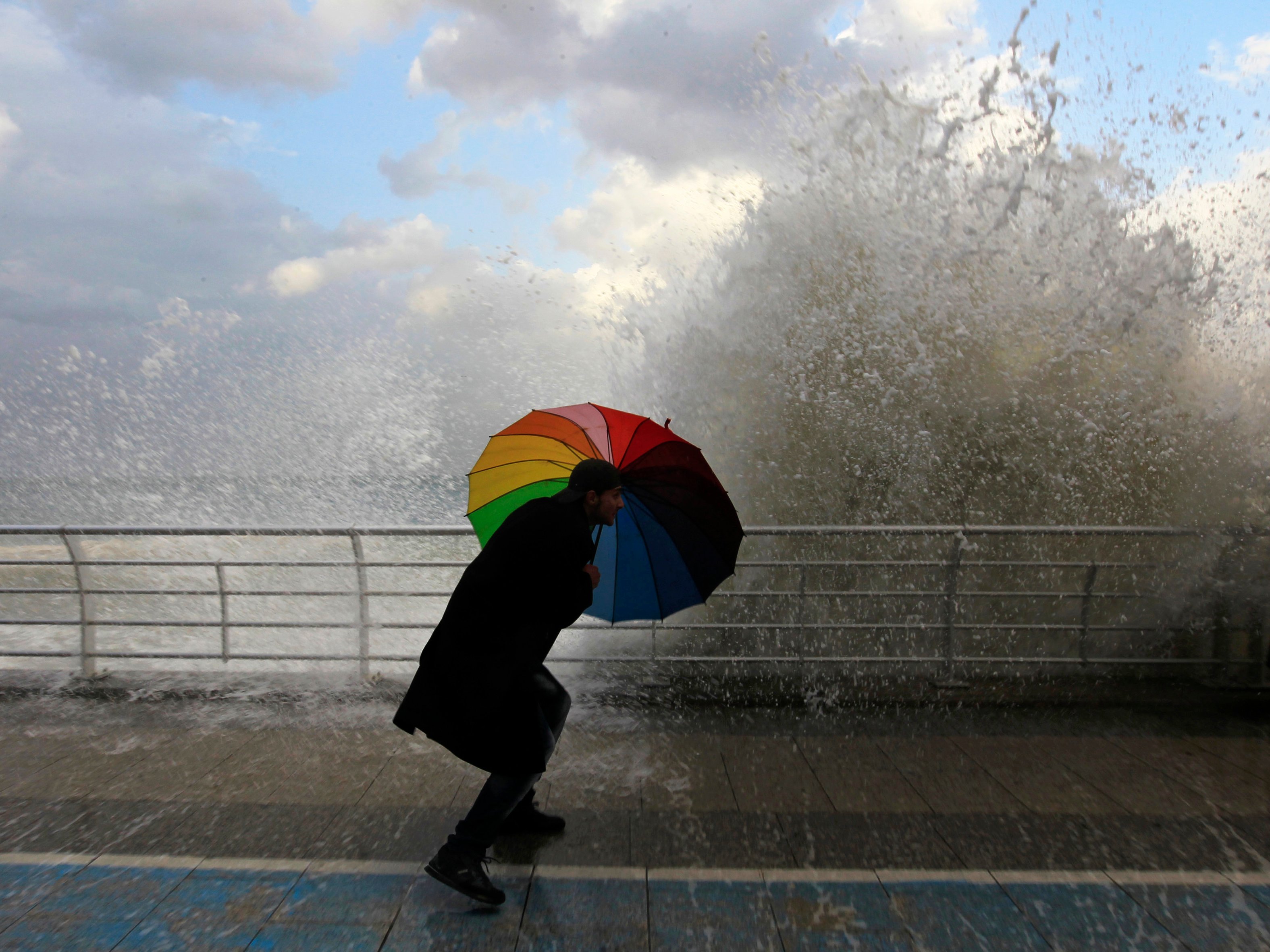 Reuters/Jamal SaidiA man in front of a wave crashing into Beirut’s Corniche, a seaside promenade, as high winds sweep through Lebanon ahead of an impending storm.

“Once bitten, twice shy” does not apply to Wall Street — especially not when it comes to the Chinese stock market.

After two big crashes in June and August, investors are ready to get back in the water and swim when it comes to mainland equity markets in Shenzen and Shanghai.

“I’m going back in because their IPO market is about to restart,” said Shawn Baldwin, chairman of Chicago-based investment fund AIA Group.

He won’t be alone either.

“It’s going to be a combination of domestic investors and international investors searching for yield and ready to drive the market with volume,” he said.

And while to the outside observer, this might seem crazy, to China watchers this makes all the sense in the world. It’s all about knowing when the government has given the all clear.

This summer, China’s stock markets crashed twice after experiencing a glorious 150% rally over the previous year. A lot of small investors, who had borrowed money to play the market, were crushed. The Chinese government then went in and cleared out “malicious short sellers” and other bad actors.

The government’s message to the people was simple — we’re clearing up the mess, stand by. It was all over state media.

In a cartoon published on Tuesday by thepaper.cn, a state-owned digital media outlet that aims to engage with a young audience, an old Chinese woman is depicted as saying she wants to thank the government for helping to rescue the market. She also blames “foreign ghosts” for willing it to crash.

Things were quiet as the market trended lower for the rest of the year and into 2016, and then at the end of February something started to change.

The signal in the noise

The government officially loosened restrictions on margin trading on Monday, and the Shanghai Composite rallied above 3,000 for the first time in two months. The brokerages that make a business of providing margin loans rallied too.

And for the first time since November, margin trading grew by 2.2%. In other words, it seems like a lot of people are ready to get back in the game.

“I think China is going to have its ups and downs like any developing and growing economy,” said Baldwin, who has been investing in China since 2011. “It’s just that China is doing this on a real-time basis in the age of social media and high-frequency trading — people can react in nanoseconds. However, in the long term, I believe the trend is up.”

NOW WATCH: British entrepreneurs are bottling fresh air and selling it to China for $115 a pop