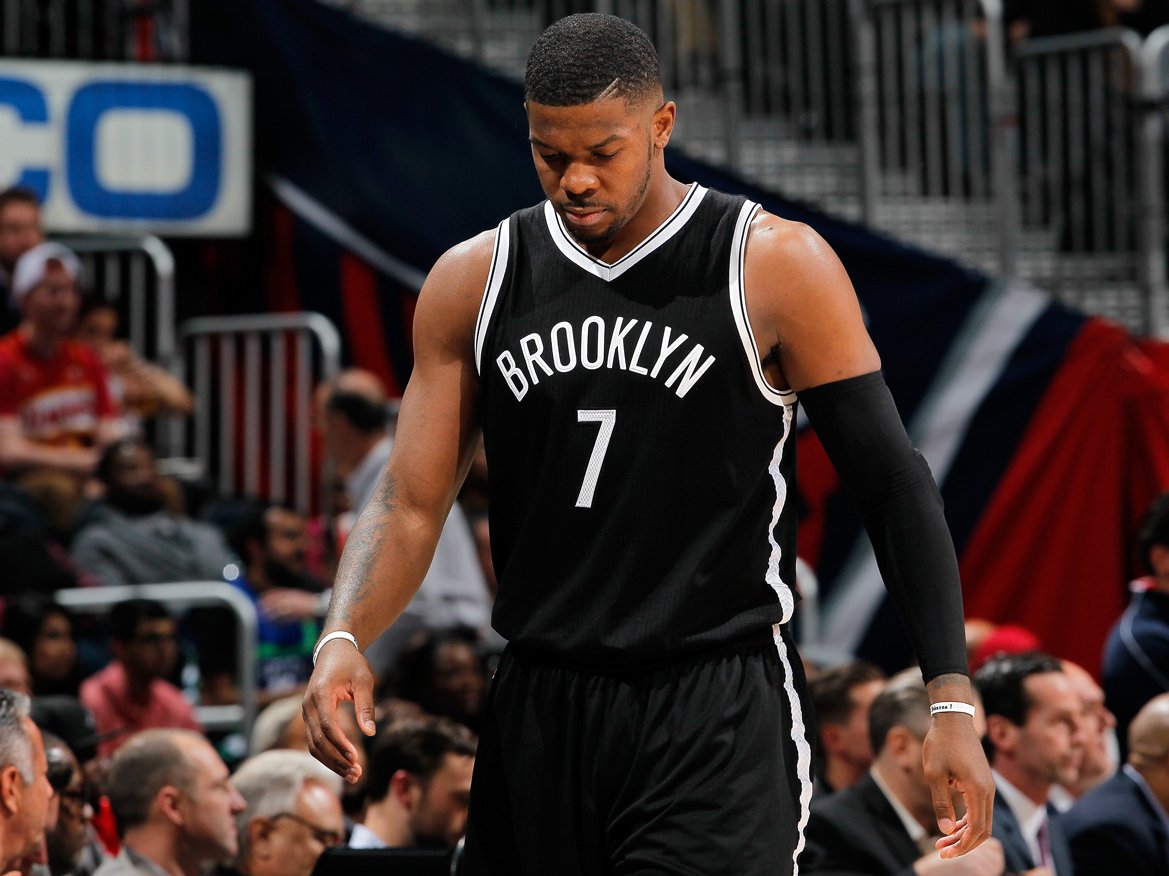 Kevin C. Cox/GettyJoe Johnson will get to sign with a team of his choosing.

On Thursday, the Brooklyn Nets agreed to waive Joe Johnson, buying him out to make him a free agent.

While it was a nice move for Johnson, as the seven-time All-Star can now join a playoff or championship contender this season, the move is also a huge win for the Celtics.

The Brooklyn Nets’ 2016 first-round pick goes to the Celtics this year because of the 2013 trade that sent Kevin Garnett, Paul Pierce, and Jason Terry to the Nets.

While the Nets were already cruising to a top-five pick, they just dumped one of their best scorers (Johnson is only averaging 11.8 points per game this season, but has a career 17-point scoring average) and a player with the second-best on-court net rating in their rotation.

According to Basketball-Reference, Johnson has 1.1 Win Shares this season, fourth-best on the team and somewhat impressive for a club that’s on pace to win 21 games this year.

Now taking out Johnson — who hasn’t been stellar this season but was still one of Brooklyn’s better players — depletes the Nets that much more.

The Nets don’t have incentive to tank since they don’t own their own first-round pick, but they already have the third-worst record in the NBA. Without one of their best scorers and shooters, it’s possible the Nets could slide below the Lakers and compete for the No. 1 or No. 2 pick in the draft.

For the Celtics, it only improves their chances at getting a top-three pick to add to a playoff contender. That 2013 trade, which proved to be a disaster for the Nets, is only getting sweeter for Boston.

Note: This story previously said the Nets spent $21 million to buy out Johnson. That number was incorrect, as the Nets bought out the remainder of Johnson’s salary, which was less.

NOW WATCH: Watch daredevil bikers race down the streets of one of the world’s steepest cities