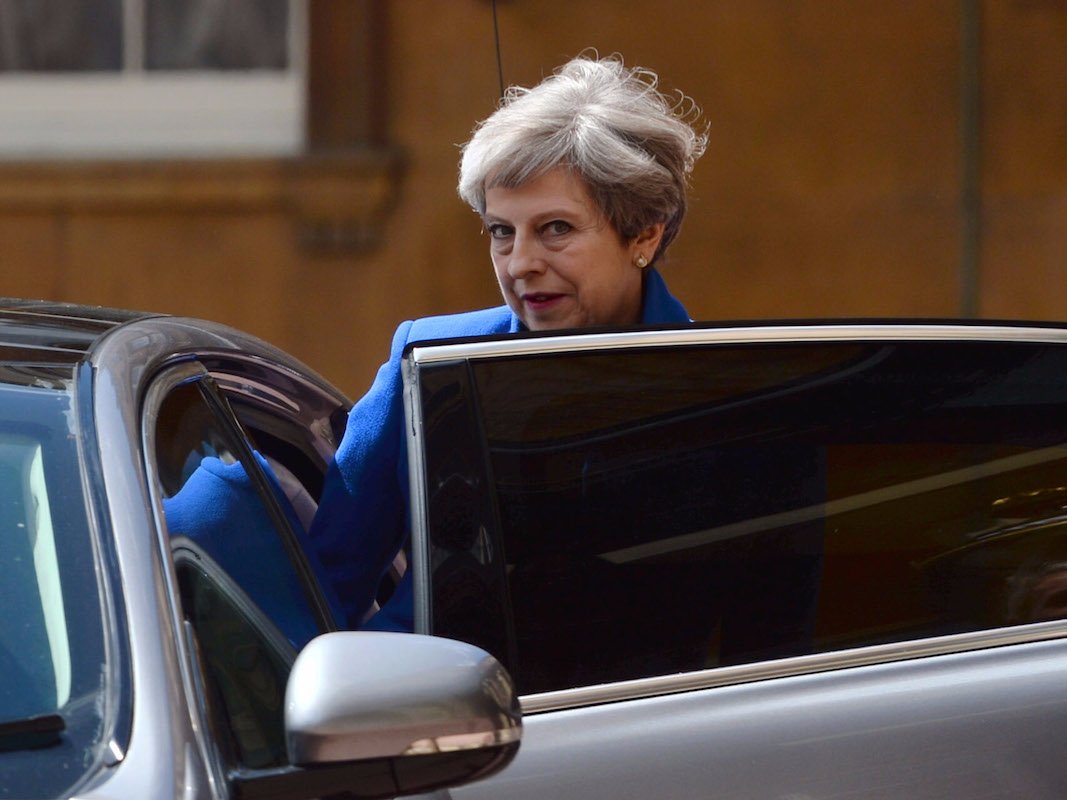 While Theresa May’s Conservative Party still holds more seats than Labour and any other party it no longer holds enough to form a parliamentary majority. This is despite the Tories having led Labour by leads of up to 20% in opinion polls.

This means that Britain is now facing the prospect of a minority government — a parliamentary phenomenon that the country hasn’t experienced in nearly half a century.

Prime Minister May is in the process of negotiating a deal with the Democratic Unionist Party (DUP) which would see the Northern Irish Party support the Conservatives in major votes on things like the budget, allowing the Tories, in theory, to govern on a day-to-day basis.

It would not be a formal coalition government like the one we saw the Conservatives form with Nick Clegg’s Liberal Democrats in 2010. Instead, it would be an informal relationship, hinged on the Tories satisfying the DUP’s demands.

However, British history tells us that this sort of government is unstable and could collapse within months.

If this is the case, then we’d be heading for a second general election. Here’s how that could happen — and what it would likely mean for May, Labour leader Jeremy Corbyn, and the British political landscape as a whole.

The last time Britain was dealt a minority government was in 1974.

In February of that year, then-Tory Prime Minister Edward Heath was expected to defeat his Labour challenger Harold Wilson and form a majority government. Like May in 2017, Heath wanted to bolster his majority in the House of Commons, and led an election campaign with the slogan “who governs Britain?”.

However, like the surprise outcome of last week’s contest between May and Corbyn, Heath ended up losing seats, while Labour leader Wilson gained them. This resulted in no overall majority and a hung parliament.

Heath attempted to strike a coalition deal with the Liberal Party that would allow him to head a functioning government — but failed. He resigned a few weeks later in March, 1974.

Britain was without a government and the only remaining option was to hold another election to sort out the mess.

Another election was held in October and Wilson managed to gain another 18 seats. Crucially, this gave him a working parliamentary majority of four seats. A slender majority — but a majority nonetheless.

Possibly. May is likely to agree a “confidence and supply” deal with DUP leader Arlene Foster in the coming days that’ll allow the Tory government to get on with running the country with the support of the 10 DUP MPs in the Commons.

Here’s a bit more information on what a “confidence and supply” deal is and how it would work.

But — as many commentators have rightly pointed out — this would still only give May a slim majority which would depend on a list of DUP demands being met by Prime Minister May. Should the DUP one day decide that May is refusing to hold up her side of the bargain, then it could decide to terminate the “confidence and supply” arrangement and leave May with little option but to send Britain back to the polls again. So is another election in 2017 inevitable?

Another general election is possible. But May will do everything she can to avoid it.

The Tories really don’t want another general election so soon. Thursday night was a terrible one for them. The party surrendered its majority despite pretty much every poll published prior to the election pointing to a comfortable Tory victory. Labour, on the other hand, has all the momentum right now, and would probably fancy its chances to make even more gains and become the largest party if another election was to take place a few months down the line.

May is well-aware of this. She will do her utmost to appease the DUP and keep her government operating for as long as possible — even if that means dumping some of her own manifesto pledges and granting some of the DUP’s wishes.

As my colleague Adam Bienkov reported on Monday, May is already set to shelve controversial proposals like the plan to lift the ban on new grammar schools and the social care policy that played a big role in costing the party its majority.

So what will Labour do in the meantime?

Labour may not have won the election but the 30 gains the party made last week means it can now be a very effective opposition to Prime Minister May, should the wings of the party come together to unite behind their leader Corbyn.

With the help of SNP, Liberal Democrat and Green Party MPs, Labour will look to block as many Conservative policies as possible over the next few months and make the task of governing virtually impossible for May. This will be no truer than in the case of Brexit, where Labour will be in a great position to impede the vision May previously had for a “hard” Brexit based on pulling out of key EU institutions like the Single Market and Customs Union.

If Britain does end up holding another election then Labour will be ready in waiting. Its membership continues to increase by the thousands while Corbyn seems to grow in confidence with each day that passes.

Plus, what can’t go overlooked is how Britain’s political map now looks as a result of Thursday’s election. Not only did Labour shock the nation by winning 30 seats, but enjoyed enough of a swing nationwide to slash Tory majorities in a host of other key seats. There are 27 constituencies where the Tory lead over Labour is 2,000 votes or fewer.

Another election in 2017 would be very winnable for Labour.