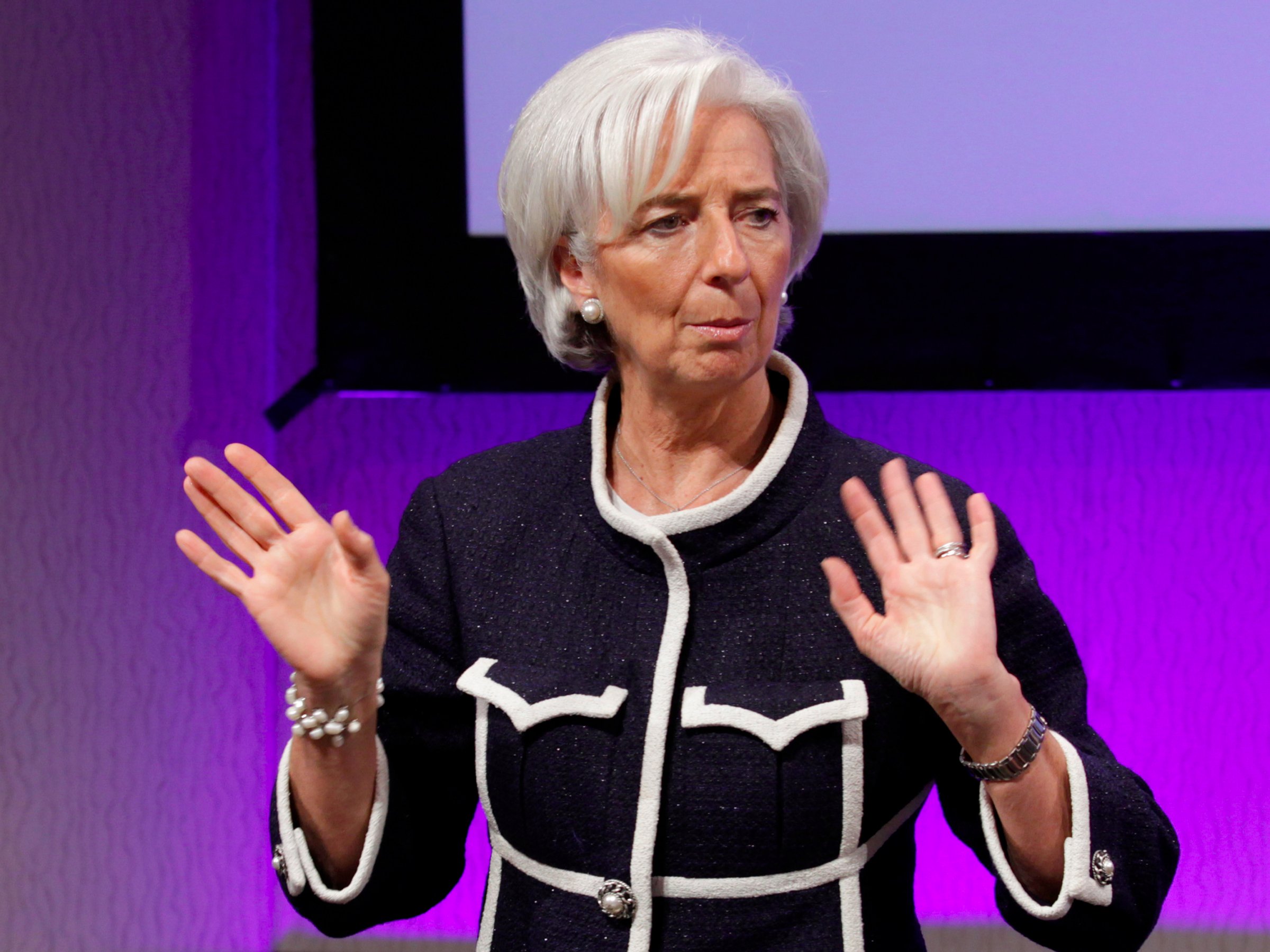 WASHINGTON — This year’s spring meetings of the International Monetary Fund are like one big therapy session for the global financial elites, and everyone is venting about the same issue: Donald Trump.

After all the IMF is the ultimate “globalist” institution derided by Trump and his anti-foreign, trade-restricting supporters and advisers. Trump has already ditched the long-negotiated TransPacific Partnership (TPP) trade deal with 11 other nations in the region, is threatening to rip up other accords like the North-America Free Trade Agreement (NAFTA), and has even hinted he may try to yank the United States out the 164-member World Trade Organization.

On the sidelines of the meeting, economists and policymakers wondered what Trump might do next on trade. The Wall Street types who also flock to the event seem especially freaked out about whether his stock market-boosting tax cut promises might be compromised for good after an embarrassing flop on healthcare.

Yet here was IMF Managing Director Cristine Lagarde trying to put a brave face on the whole thing: “I have every reason to believe that we will make progress, that we will cooperate all together.”

The statement came just days after Trump signed a “Buy American, Hire American” executive order that pretty much runs directly against the open trade credo that the IMF and the United States itself have championed for the last 80 years.

Meanwhile, the Fund itself pushed back against Trumpism in its April 2017 report on global financial stability. The report directly warned against Trump’s plans to slash tax rates for corporations.

“Cash flow from tax reforms may accrue mainly to sectors that have engaged in substantial financial risk taking,” the IMF said. “Such risk taking is associated with intermittent large destabilizing swings in the financial system over the past few decades.”

“Risks of an abrupt tightening in financial conditions and increased protectionism pose new challenges for policymakers,” the report added in another direct allusion to Trump.

But again, some top officials tried to downplay the extent of disagreements.

“Almost everybody underscored the importance of open markets and free market access,” German central bank governor Jens Weidmann said following meetings among finance ministers from the Group of 20 nations, which central bankers also attend. “That was the consensus.”

Germany has been one of many direct targets of Trump’s accusations of unfair trading behavior. His key economic advisor on trade, Peter Navarro, has accused Germany of manipulating interest rates and currency to gain a trade advantage, ignoring the salient fact that the country’s membership in the eurozone means monetary policy is set by the European Central Bank not the German Bundesbank.

Amid the noise, it’s important to recall that the IMF, set up in the post-war period, was devised and built by the United States and in large part to help American firms succeed internationally. The notion that it is somehow standing in the way of US interests is ludicrous on its face.

“With the world’s economic policy elite converging on Washington this week, it would be hard to find an institution that plays a greater role in supporting the economic and strategic interests of the United States than does the IMF,” argued Douglas Rediker, a former IMF board member and Heidi Crebo-Rediker, ex-chief economist at the US State Department in a recent Foreign Policy article.

SEE ALSO:Trump’s latest trade on target is potentially the most dangerous one

NOW WATCH: This man spent 6 weeks working undercover in an iPhone factory in China — here’s what it was like