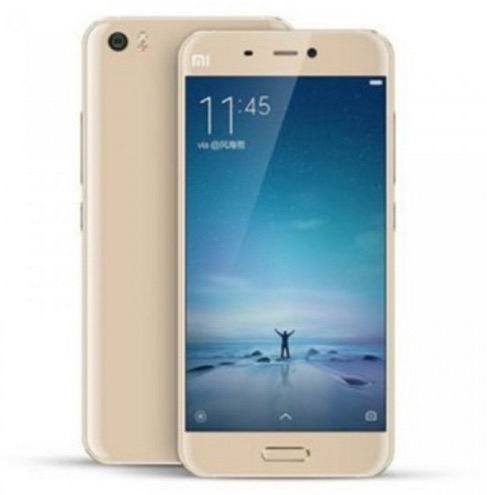 The Mi5 won’t launch until next month, but Xiaomi’s flagship phone just popped up on one online retailer’s website. The long-rumored handset was briefly spotted at Chinese site GearBest, revealing a few new images and a full list of hardware.

According to AndroidHeadlines, which caught the leaked product page before it was removed, the Xiaomi Mi5 will offer flagship-level specs. That includes a 5.2-inch Quad HD display, a Snapdragon 820 processor, 4GB of RAM, a 16-megapixel rear camera, an 8-megapixel front-facing shooter and a 3600mAh battery.

It’s not all good news though. The Mi5 will apparently start at just 16GB of storage, presumably with a 64GB option as well. It may also run outdated Android 5.1 software, along with Xiaomi’s own MiUI 7 skin.

For the most part this lines up with previous leaks. These new images aren’t much of a surprise either, though the Mi5 looks great with a glass-and-metal design in gold, black or white. It’s also the first Xiaomi phone to sport a physical home button, which is where the company is expected to put its new fingerprint reader.

We’re still a little blurry when it comes to how much the Mi5 will cost. Conflicting reports suggest the company could stay as low as $320 off-contract or raise the price so it’s closer to $400. Either way it’s still a great deal considering what you’ll get in return.