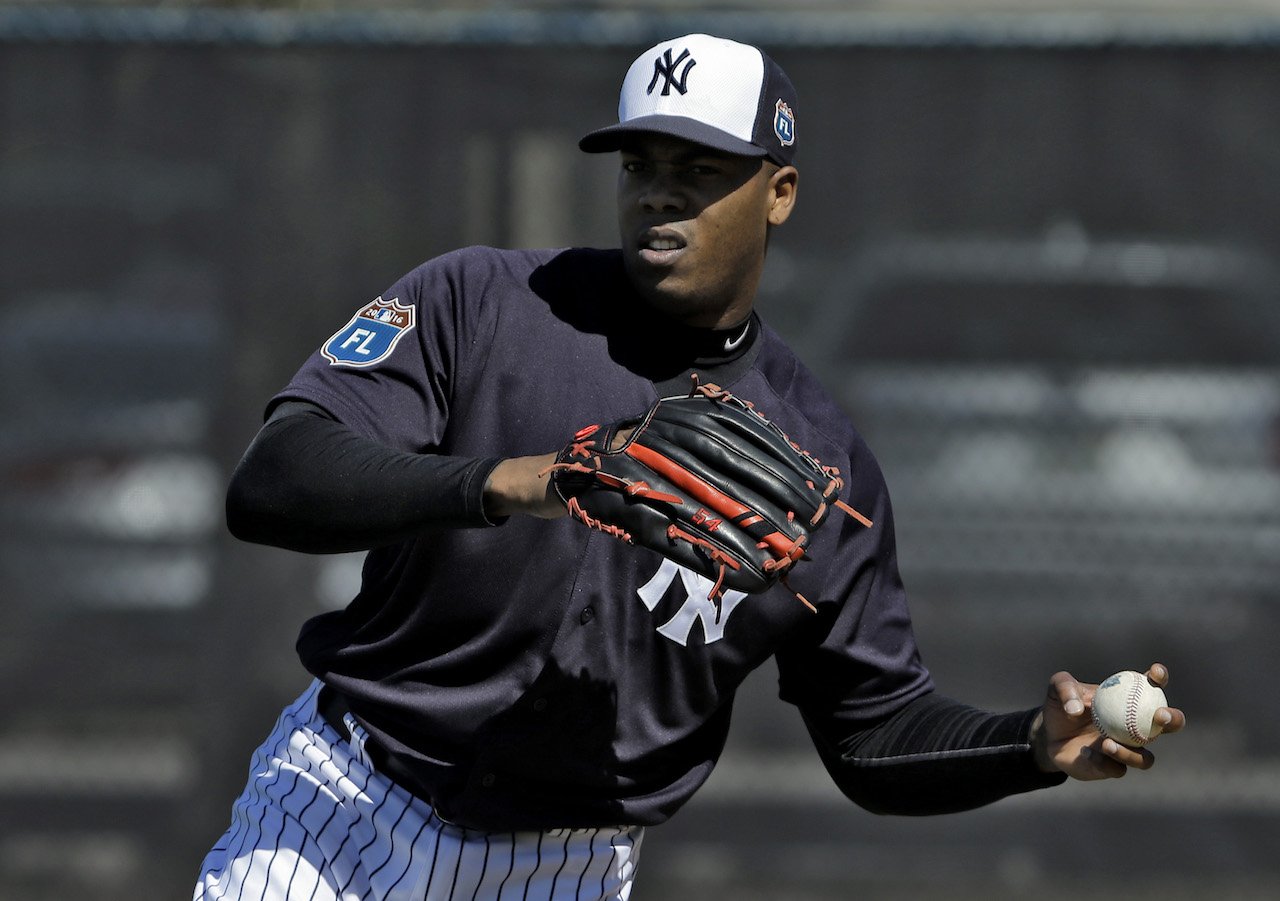 Chapman, who was a four-time All-Star with the Reds before signing with the Yankees for $11 million this offseason, allegedly fired eight shots into a wall in his garage after an altercation with his girlfriend in late October. He will not appeal the ruling, the Times added.

The ruling marks MLB Commissioner Rob Manfred’s first since the league and the players association agreed to a new domestic violence policy in August. While Chapman was not charged with a crime, under the new policy Manfred can still suspend players for incidents of domestic violence even if the player was not convicted of or charged with a crime.

Chapman will reportedly lose $1.7 million in salary, and be subject to meet with the league’s treatment board.

Today, I accepted a 30 game suspension from Major League Baseball resulting from my actions on October 30, 2015. I want to be clear, I did not in any way harm my girlfriend that evening. However, I should have exercised better judgment with respect to certain actions, and for that I am sorry. The decision to accept a suspension, as opposed to appealing one, was made after careful consideration. I made this decision in an effort to minimize the distractions that an appeal would cause the Yankees, my new teammates and most importantly, my family. I have learned from this matter, and I look forward to being part of the Yankees’ quest for a 28th World Series title. Out of respect for my teammates and my family, I will have no further comment.